Book Review: How to Read the Air by Dinaw Mengestu 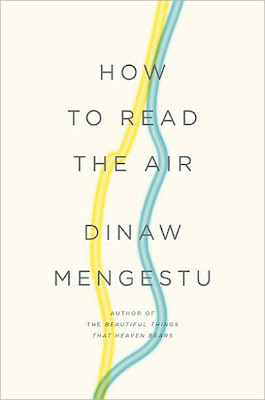 An edited version of this article was first published as Book Review: How to Read the Air by Dinaw Mengestu on Blogcritics.

I don't know how to begin writing the review for this novel. I definitely did not enjoy it as much as I did other books, but at the same time I enjoyed and appreciated some parts of it. I suppose I should just give the requisite synopsis and then give my rant afterward.

This is the tale of Jonas Waldemoriam, the son of Ethiopian immigrants. He lives in New York City and works as an English teacher in an academy. His wife Angela, is a lawyer. And they have marriage problems.

At the same time, this is the tale of Jonas' father, a refugee who escaped Ethiopia and entered Sudan. It tells of his perils working at some port, until he gets passage to go to Italy, request and receive asylum status, and eventually end up in the United States by way of France and England.

And at the same time, this is the tale of Jonas' parents, taking a road trip from somewhere in Illinois to Nashville, since Jonas' father Yosef was a fan of country music and he wanted to see it live. Jonas' mother Mariam is in the car, and there is trouble brewing ahead.

So there's multiple storylines that are somewhat parallel to each other. Every storyline ends in a tragic event: a car accident, a betrayal, a divorce. And basically this novel is simply about tragedy; it is a novel where things start bad and it ends up worse.

So, given that, I don't think I liked this novel as much as I wanted to. The thing is, I was first attracted by the idea that this is a novel about immigrant life, and yet it seems that every novel I read about immigration and immigrants talk about tragedy. There's always failed relationships, and there's always this general idea that immigrants find it hard to integrate into the society that they find themselves in (Check out my review of Short Girls, yet another novel that tackles immigrant issues).

I feel ambivalent about the multiple storyline idea. In some parts I did like it, it felt like The Hours, where three stories have something in common that binds them together. But as a reader, most of the time, I find it confusing and I hated the fact that the story was told in a non-linear fashion, because it just turned into one big fictional soup and I cannot see how the different parts related to each other in the end.

I wish I encounter more immigrant-themed novels that were of a more positive nature. But this is the second novel that I have read in which my overall impression about the plight of the immigrants is that it is a bleak one. Yes, I understand that immigrating can be a challenge, but that doesn't mean that nobody succeeds. That doesn't mean that nobody actually is successful in finding a better life for themselves in a foreign country. I personally have known several people who actually live better lives in a country that is not their birth country.

So, do I recommend this book? I am ambivalent with that. Therefore, I am giving it 3 stars out of 5, since I cannot make up my mind whether I liked this one or not. 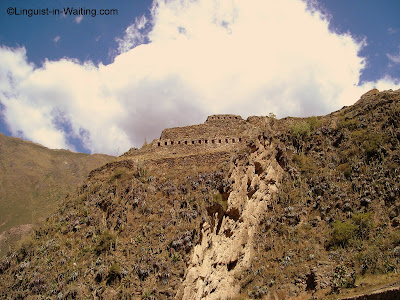 (Ruins Above the Mountains, from my Ollantaytambo Series)