Today is the day that Charles Darwin died. Yes, ladies and gentlemen, Charles Darwin, the English naturalist, died on April 19, 1882. 129 years later, where does it place us?

Well, it's been a long road since when Darwin published his Origin of the Species (I have to admit, I've only read bits and pieces of it, and not the whole thing, that should change). However, there are still things that are in need of improvement. People who are intent in burning Qurans still are in existence, people still think that earthquakes are getting plentiful due to God' wrath, people still think that asking for miracles would save 3 people from execution, and people still want to force the Ten Commandments down other people's throats.

Unfortunately, in the spirit of fairness, I have to accept the fact that I cannot succeed in convincing everyone who believes in religion that they are just delusional. In fact, most probably, in their view, I am the one that's delusional and has a problem.

But sorry, but I have to apply Occam's Razor here. I believe that my side is the simpler one, and has an added benefit of falsifiability. But then people who believe in religion don't think that falsifiability is a valid point anyway, so what's the use?

So for the rest of this blog post, I'll talk about religion and the behavioral contradictions that believers seem to exhibit. I'll also talk about how their behavior (yes, the religious people's behavior) are still best explained by an alternative and simpler hypothesis: that humans are inherently selfish.

First, let me point you to the article entitled The Not so Good Samaritan. This article quotes the study done by Vassilis Saroglou and Joanna Blogowska, psychologists from the Catholic University of Louvain (the paper is available in Saroglou's website). The main finding for this is that people, no matter how religious one is, will be prosocial (aka: helping strangers, among other things) only if their values are not threatened. Thus, as much as the Bible would like to preach to its followers that they should be kind to strangers, in practice, people don't really do that if the stranger is a feminist, homosexual, foreigners, and other people who have the potential to threaten one's values.

Second, there is the issue of evil and humans. I used to believe that humans are not only inherently selfish and curious, but they're also inherently evil. I was later convinced though that evil is just highly correlated to selfishness and curiosity, that I opted to knock evil off the equation. However, this study by Oriel Feldmanhall that was presented at the Cognitive Neuroscience Society meeting makes me rethink that position. Most religions promote peace, basically, you should be nice to others. However, this study suggests that people do seem to lack altruism. Participants were asked to imagine a scenario where they would administer painful but harmless electric shocks to another person, and they would get paid for doing it. 64% said they would not do it. Of the people who said they would do it, they would only do it enough to earn 4 GBP.

Now here's where it gets interesting. They did a different version of the experiment, where the participants actually administered these electric shocks (just as an aside, I would be impressed at the hoops they had to jump in order to have this study approved by the IRB). The participants saw either the faces of the people who received the shocks, or just the hands. This time, only 4% of people opted not to give shocks. 96% gave shocks, and they earned between 11 to 15 GBP. One would think that people are more likely to be evil to others in hypothetical scenarios only, and less in real ones, but it seems that this study shows the surprising reverse result.

Finally, there is this idea of the need to belong. In fact, some researchers have investigated the idea that this need to belong is what drives people to believe in God. I do think that there are several factors in play here, but I do like the idea that if there are other factors that would satisfy this need, then people stop believing in God. It is claimed that there is a correlation between the high social capital and the lack of belief in God. So even though religious people might want to think otherwise, it seems that their behavior suggests that they go to church not because they believe in God, but because there is a group there that makes them feel needed, again, another factor that helps oneself. Again, one can provide an alternative explanation using selfishness as a model.

So, 129 years after Darwin died, humankind has advanced quite a few, yet not enough. I actually am glad that I chanced to be living in this day and age, as perhaps if I were living back then, I probably would be dead by now, given the beliefs that I hold. 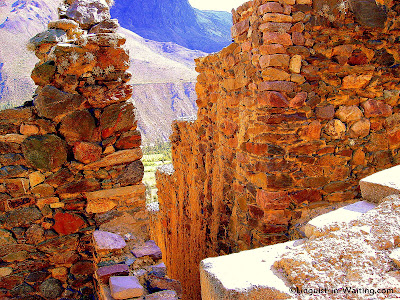