I Don't Think You're an Idiot

This is a rant. If you feel like reading it, read on.

You know, there are times when I find humans so bizarre, so complicated, and so irrational that I wonder why is it the case that they are still around and not self-destroying. See, you say something, with the most innocent intention, and yet people take it the wrong way. People take it the other direction. People take it the way you never intended it to be. Why is that?

Perhaps it is a better move not to say anything, and keep silent, because in that way, people will not have any material from me to mis-interpret. Oh wait, perhaps my silence will also be interpreted the wrong way. Hmmm, I have to think about this.

But really people, have some self-confidence. Why do you always think that other people are out to get you? That's called a neurosis. If you really think that I think your research is crap, then prove to me that it isn't crap. If you really think that I think you're an idiot, then prove to me that you're not. I'd rather have things out in the open so that we can clear things up, instead of ending the day, with me thinking that everything was okay, and yet apparently, in your head, things are boiling and you're seething with anger since apparently I said something offensive.

Really people, this is graduate school. Not high school. 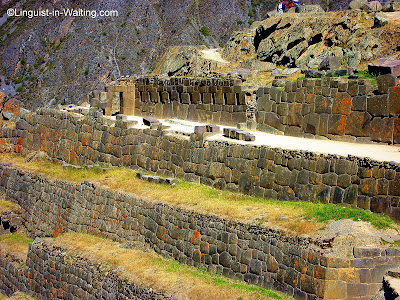 (Terraced Structures, from my Ollantaytambo Series)