In my previous post on the Mexico series, I blogged about the exterior of the castle. Basically, I concentrated on the hill itself. This time, we're getting inside this wonderful building and showing you guys what can be found here.

Basically, this is for me at least, a very large Mexican heritage and cultural museum. Perhaps my biggest lesson that I learned upon visiting this place is that Mexico is an awesome country, and it has a rich cultural heritage that the world would do good in knowing about. I learned quite a few tidbits myself while I was in here.

First, there's the historical section. This is illustrated by the numerous paintings, murals, and historical artifacts that can be found here. 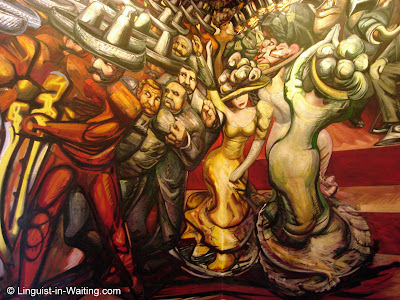 The above is just one detail of a grand mural that I saw in one of the exhibit halls. I am assuming that it displays some integral part of Mexican history, it is just unfortunate that my Spanish is not that good to read the descriptions and actually make sense of it. 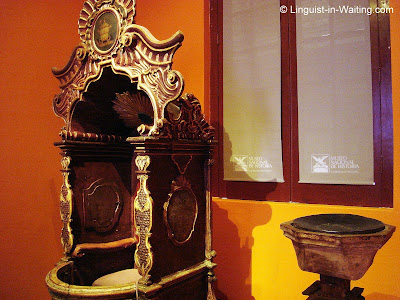 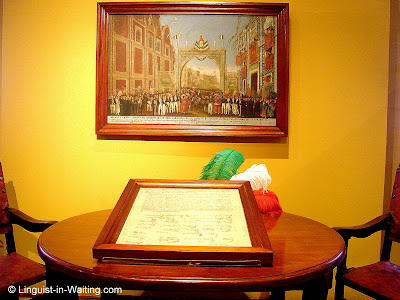 Two important historical artifacts are shown above. I suppose the furniture picture is displaying some piece of historical furniture, and the document that is framed is displaying a historical document. I am guessing it has something to do with the declaration of independence or something similar. There's plenty of signatures, definitely. There are other artifacts that were on display there, and I did take plenty of pictures of them. 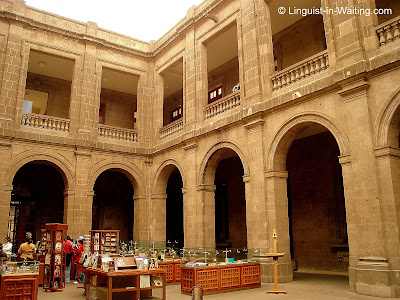 The building, as usual, is this interesting design where the inside houses a courtyard, but this one has the courtyard appear as if it were open-air when in fact it isn't. Thus, it creates the illusion that the building is doughnut-shaped and yet in reality it isn't. 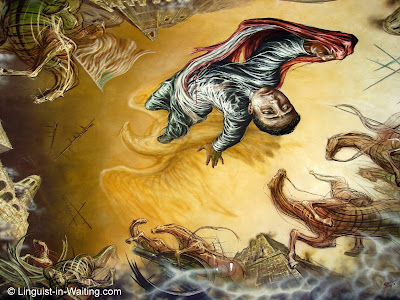 There are also some dramatic pieces of art, like the ceiling painting shown in the picture above. 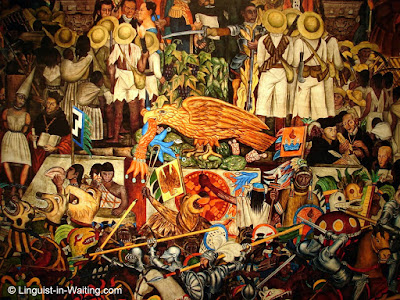 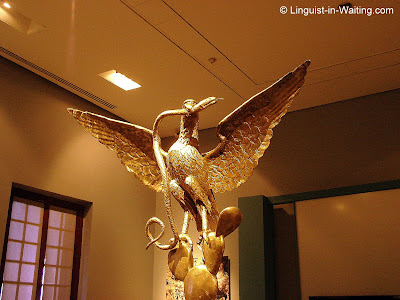 As with every culture, there are symbolisms that refer to the county. In Mexico's case, the eagle features a lot. The flag for example shows an eagle perched on a cactus tree, killing a snake. This imagery is prominent in several pieces of art, two of them being the ones I pictured above. 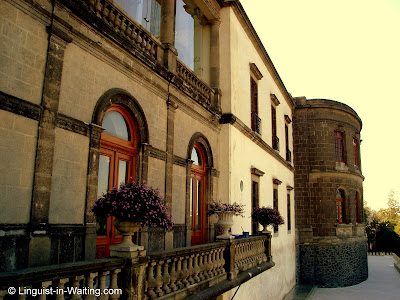 The exhibit leads to the outer balcony area, and I took a photo of it above. 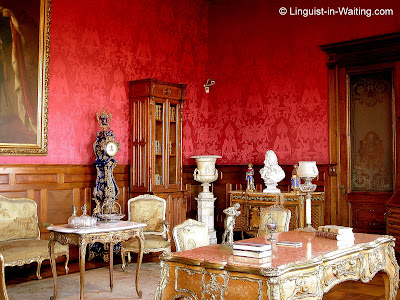 Since this castle is actually the only castle in North America where it was inhabited by a royal sovereign, there are apartments where the way the royalty lived was shown. The picture above illustrates one such room. Note how elegantly these rooms are furnished. It reminds me of the countless royal rooms I have seen when I was in Vienna, Prague, and Budapest. 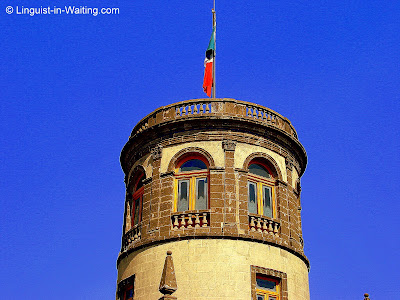 The final picture I am showing today is the tower. This is located at the rooftop garden, and the flag of the country is displayed at the very top. Unfortunately, we cannot access the very top of this structure. One must be content at observing it from afar.

So that concludes the tour of the Hill of the Grasshoppers. There's still a few more topics I need to cover before I conclude the series about my trip to Mexico City. I can only say that this city has provided me with much enjoyment that I cannot wait to be back again.