The thing is, several times a day, in a clearing about 100 meters in front of the museum, there are flying men. Yup, indigenous Totonac men perform the voladores, which is an ethnic dance that involves a very long pole, where several men climb up. Then they tie themselves and with the accompaniment of a small drum and some pipes, they whirl around while descending the pole. The whole thing takes about 20 minutes I think. It's a rather spectacular sight. The next five photos I have here show the Totonac men in various stages of the dance: from the circular marching around the pole before they begin climbing it, and a few shots of the whirling action as they descend the pole. 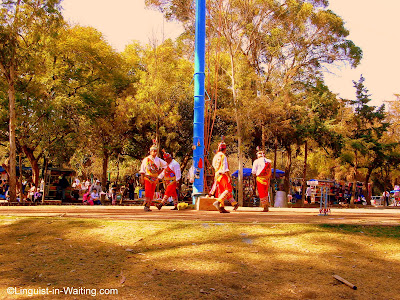 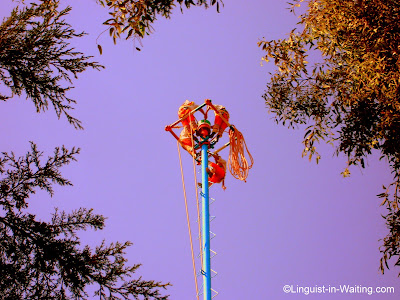 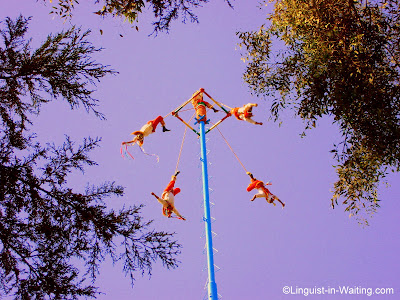 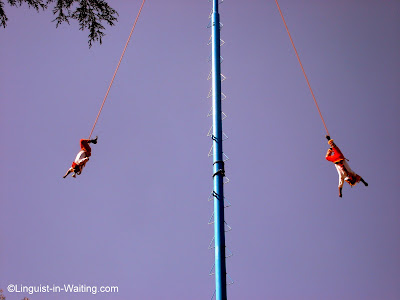 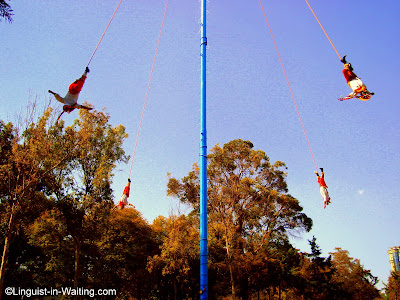 After watching the voladores, we decided to go on a stroll. Immediately north of Chapultepec Hill is the affluent neighborhood of Polanco. And upon entering the neighborhood, it definitely felt affluent and chic. If the historical center of the city was rather gritty and indigenous in feel, Polanco felt like I was in Beverly Hills: the residents had lighter skin, they had more expensive cars, and the houses were definitely bigger. I think if I were to live in Mexico City, I'd prefer living in Coyoacán, but that's just a personal preference. 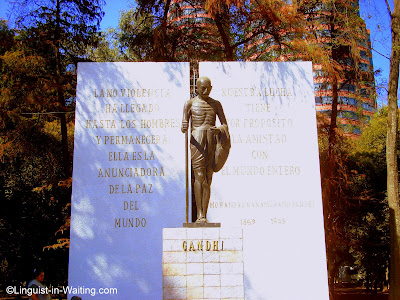 We started by exiting Chapultepec Hill by way of the monument to Gandhi. After that, we crossed Avenida Ruben Dario and entered the affluent neighborhood. There were several high-rise buildings that looked like expensive condominiums. Taking photos of them against the blue sky background was awesome though, I have to say. 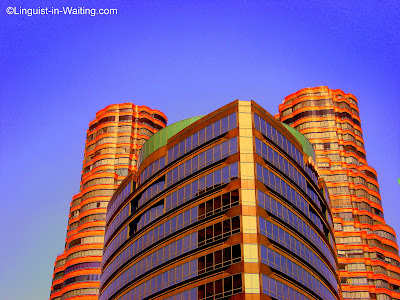 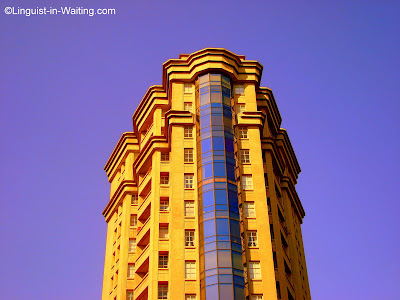 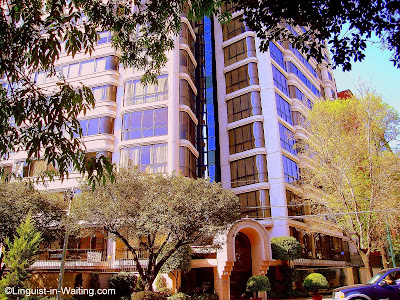 The streets in this neighborhood are named after famous scientists, writers, and philosophers. We strolled along Calle Schiller and discovered yet plenty of other expensive-looking residences. Part of me kindly thought that it would be nice living in there, but at the same time, it looked a little pompous and lacking in character, that I think at the end of the day, I'd prefer living in a Bohemian neighborhood instead. Kinda like in New York City, I'd prefer the Greenwich Village to the Upper East Side. 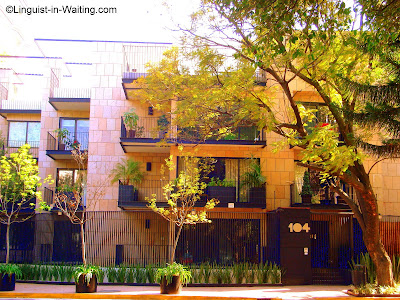 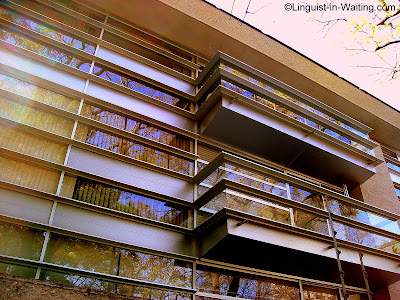 Upon reaching Calle Horacio, we turned left until we reached Plaza Uruguay. This is the park where we saw several toddlers accompanied by their uniformed nannies, resting in the park. I immediately remembered the Latin soap operas that Philippine televisions usually broadcast dubbed in Filipino: it is always the case that they feature these uniformed nannies in the story. Anyway, there are some interesting art in the plaza, and the following is one such shot. 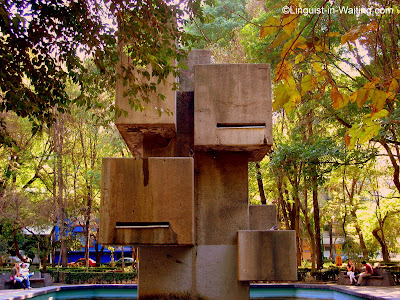 We continued on, until we found the Pasaje Polanco, which is this little complex of chic shopping centers. The clientele were definitely chic, not only were they more fashionable, but it's obvious at how they portray their bodies: expensive suits, shining sunglasses, high-tech accessories. Here's a photo from a relatively quiet area of the complex. 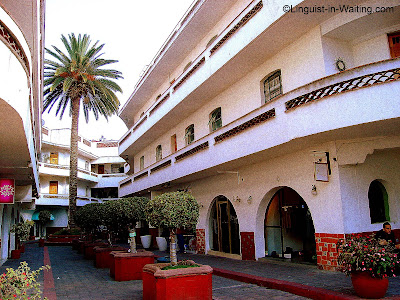 Finally, we exited the neighborhood and found ourselves in another park: the Parque Rosedal. This little park that is filled with children playing also contained a sculpture garden, so I decided to take a few pictures of it. 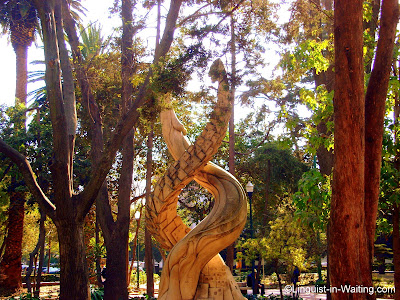 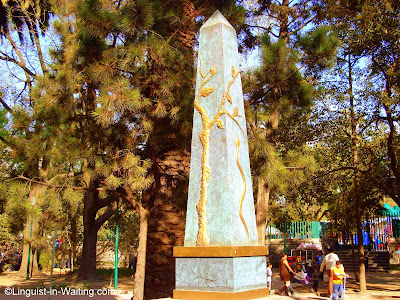 That concluded our walking tour of Polanco. I suppose with every city, there's several shades of character. Every city has its own different residents belonging to different social status tiers. This neighborhood just happens to be one of the more affluent ones. But it is always somewhat cognitively jarring that one can go from one very rich neighborhood to a very poor one. Just by simply riding the metro for a few minutes, one feels the immediate social and cultural gap that co-exists in this metropolis.