Mexico City has so many neighborhoods that sometimes it feels like I am in a different city altogether. The feel of Coyoacán is very different from what I get when I was in Alameda. The same thing can be said in this neighborhood, where the Plaza de la República and the Monumento a la Revolución takes center stage.

In order to reach it, we decided that we would walk from the Alameda. The Paseo de la Reforma is a major street, it was even mention in Jack Kerouac's novel On The Road (coincidentally, I read that novel while I was in Mexico City). The first thing that greets us is this abstract yellow gigantic installation called El Caballito. This is the former location of an equestrian statue that is now found in front of the National Art Museum. I took a photo of the older statue here. 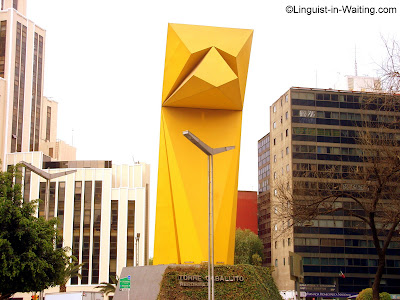 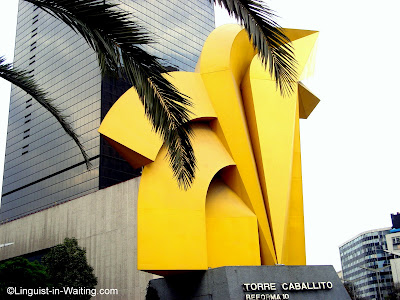 Behind the abstract horse is the Loteria Nacional. This is a spectacular art-deco building that reminded me of Ayn Rand the very first time I saw it. I saw it, and immediately thought that this building would go very well with the settings of her novels. It is a towering structure, with a facade that gives you a 1920's feel on the architecture. 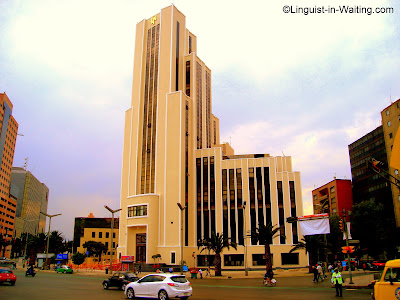 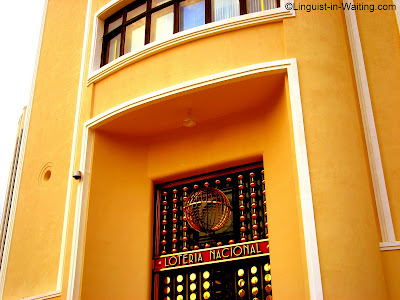 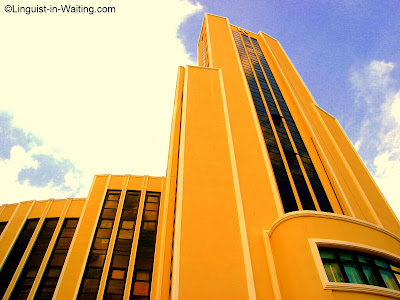 Unfortunately, when we went, it wasn't a Sunday, Tuesday, or Friday. Otherwise, we could have gone in at 7:30 PM and watched the ceremony where they pick the winning numbers for the day.

Next up, after turning at the corner, we come across Avenida de la República, whih is a pedestrain street lined with Mexican flags, leading to the Plaza de la República. From this vantage point, we can see our next target, the Monumento a la Revolución. 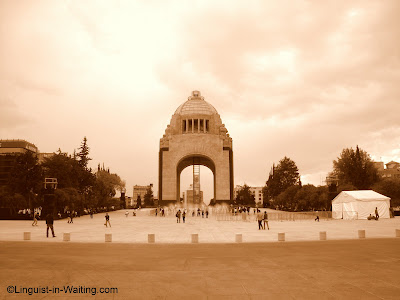 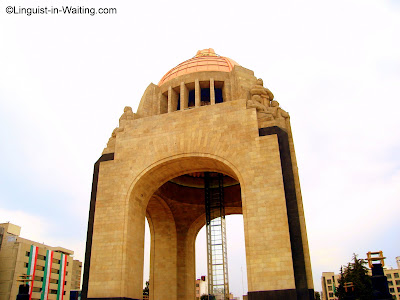 Apparently, this is a tomb complex, and the pillars contain the tombs of the revolutionary and post-revolutionary heroes of the nation. It also functions as an observatory, since people can climb up and watch the panorama of the whole city unfolding in front of their eyes. And that is what we exactly did next. 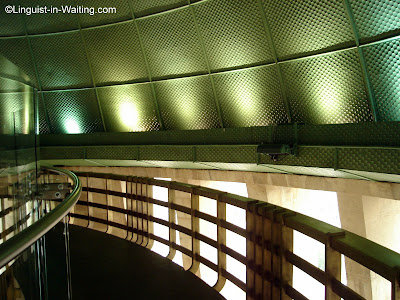 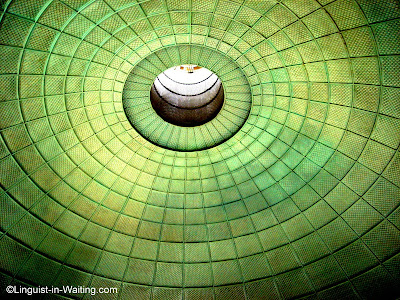 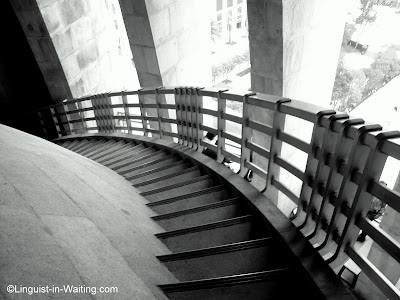 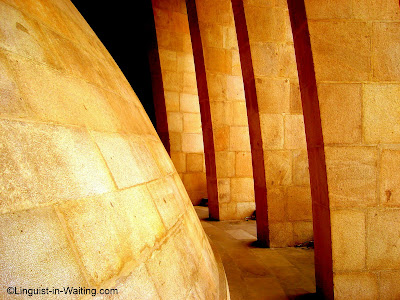 The five pictures you see above are shots from various points of the dome as we climbed up. I liked the science-fiction feel that the dome had: unlike other domes that I have seen, where they were decorated in a marble stately manner, this one felt like I was in the set of Star Trek. The elevator took us to the center, which was on a high platform, so we had to descend a flight of stairs to actually go to the edge and see the view. The dome is supported by several pillars, as you can see, and these actually function as booths where one can sit down, watch the city, and perhaps kiss and make out with your partner. I've already blogged earlier about how good Mexicans are at making out in public, whether it's in an open space like a park or in a cramped one like the subway. 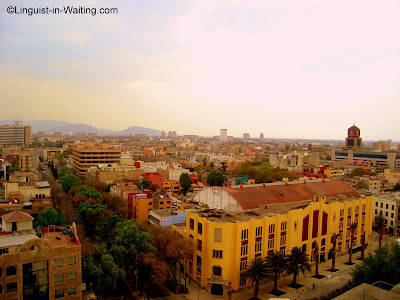 This post wouldn't be complete if I don't include at least one photo of the view, right? So there's one above. 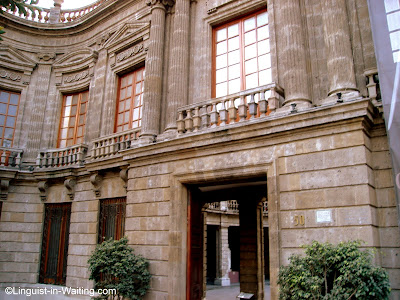 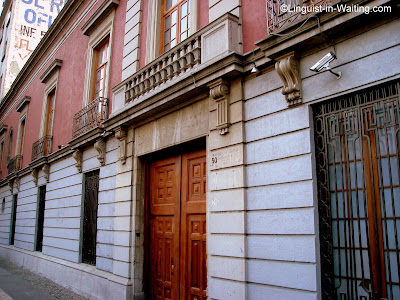 After spending about an hour on the observatory, we decided to go down, and continue walking. There are a few parks in this neighborhood, and there are a few old colonial buildings that are scattered as well. The two photos above show you some that we found.

Finally, we went to where we started, since the walking tour was more or less circular. But, we were also whistled at by a couple of skimpily-clad women, definitely prostitutes, looking for a customer. I glanced at them, they looked about 17 or 18 years old, and honestly, I found it hilarious. I never expected to be offered sex by a sex worker, that was definitely a first. We just walked by, responding instead to a more pressing and primordial need, that of hunger. It was time for dinner.