Book Review: The Storyteller of Marrakesh by Joydeep Roy-Bhattacharya 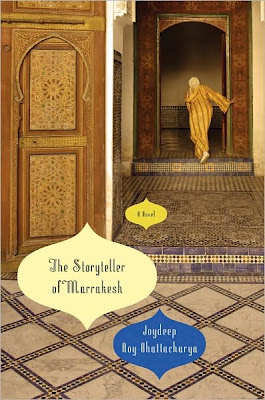 An earlier version of this article was first published as Book Review: The Storyteller of Marrakesh by Joydeep Roy-Bhattacharya on Blogcritics.org.

This is one sensual piece of work. I initially grabbed this book from the New Releases section of the library, because I was intrigued by the Arabic calligraphy that is featured on the cover, but I ended up just spending 3 days reading this spectacular and magnificent work.

This is a novel that has many facets. First, one can say that this is a novel about a storyteller named Hassan, who earns a living by telling stories in the famous Djemaa el Fna, the marketplace and square in Marrakesh that has a life of its own. Hassan's father is also a storyteller, and he has inherited the trade from the family. Hassan has two other brothers, Ahmed, who is a businessman; and Mustafa, who is the enfant terrible. Throughout the novel, Hassan tells the story of two foreigners who went missing.

This is also a novel about the Djemaa el Fna itself. This place is magical, and has a life of its own. While reading the novel, I was amazed by how vivid the descriptions were of the orange sellers, the acrobats, the storytellers, the mosque, and so forth. The author definitely did a good job making the place alive for me, who hasn't been there before.

Thirdly, this is a novel about memory. This book is written in the postmodern style, employing literary tricks such as making use of multiple narrators, multiple perspectives, and metafiction (there are stories embedded within stories: in fact, the title of the novel itself betrays this, as the novel is a story about a storyteller, who tells a story within a story). I especially enjoyed the fact that the narratives somehow contradicted each other. One narrator would give one take on it, and another would claim that the previous narration was a fabrication.

Finally, this novel is about love. Yes, the title might obscure it, but in the end, it is a story about one of the most powerful manifestations of love, as it involves self-sacrifice. In favor of not spoiling the story, I would not give away more details, but I definitely was surprised as the story unfolded.

I commend the author for writing a piece of fiction such as this. I loved the way how he slowly unraveled the big picture for me, providing me with little clues and pieces of the puzzle along the way. Thus, I progressively gained a better understanding of the characters, the location, the motives, and the overall theme.

This book reminds me of another novel I read, which was Orhan Pamuk's My Name is Red. That book had multiple narrators too, and was also considered postmodern literature. My praise for that book was a little reserved, but for this current book, I give it complete praise. The way it was written, it was so sensual and evocative, that I felt I was one of the people who sat down and listened as Hassan spun his tale in the Djemaa el Fna in Marrakesh.

Other minor points that I also enjoyed include the large cultural references that this book has provided. I haven't been to Morocco, but I felt like I learned a lot about Moroccan culture and society just by reading this book. It portrayed a good picture of Moroccan social dynamics, provided by scenes of paternal authority and men-women relationships. Moroccan culture, and Islamic culture as well, has been a mystery to me, and this book has allowed me to increase no matter how small my limited knowledge of this part of the world that I haven't ventured to yet. This book definitely puts Morocco into my destination list.

To conclude, I don't think I can say anything negative about this book. I am glad that I opted to pick it up, as it was one of the most wonderful books I have read recently. Needless to say, I am giving this book 5 out of 5 stars. 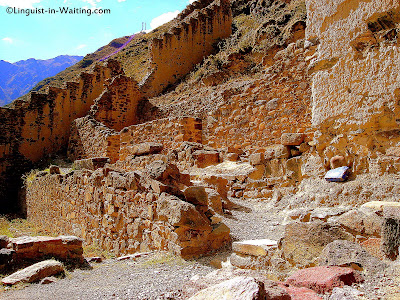 (Dry and Desolate Ruins, from my Ollantaytambo Series)