The other day, I had the opportunity to watch a percussion recital. Calling themselves the Crossfire Percussion Duo, it is actually the percussion recital of Jason Bauers and Robert Fullex, two Master of Music students in the university working on a performance degree.

They began with Rrrrrrr... Sechs Schlagzeugduos by Mauricio Kagel. This is a highly experimental work that was written in 1981, utilizing "weird" instruments such as paper, bouncing balls, even sand. It was quite an interesting piece to watch, and it was perhaps more performance art than music. But I enjoyed it regardless.

The next two pieces were solo pieces: Loops II for vibraphone, written by Philippe Hurel in 2002, was performed by Robert Fullex; while Hinomi by Michael Finnissy, written in 1979, for a variety of percussion instruments, was performed by Jason Bauers. Both showed excellent skill in their craft. I especially liked the vibraphone technique of Fullex; he definitely showed that he has complete control of the instrument. I was definitely impressed with the four-mallet playing style that he showed for that piece. Jason Bauers on the other hand impressed me with his dynamics: it was fascinating to hear the various volume changes and the contour changes that result from simply playing the drums louder. It was quite a dramatic effect.

After the intermission, they played 50-2 with Bells and Whistles by John Bacon Jr. Perhaps this is the piece that I didn't like the most, I wasn't too impressed with the "orchestration" I should say. Although I still commend the players for having very good control of the rhythm, as this is the life and death of this piece.

The final piece they played was Crossfire by Richard Feistinger. I was also impressed by this one, as this piece called for plenty of tremolos scattered across a variety of instruments. These two performers definitely have their act together, and it was a night that showed their excellent musical potential. I was glad that I attended their recital, and I am looking forward to seeing these two artists perform again sometime. 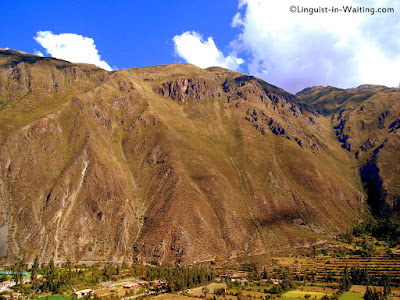