The other day, it was around 5:00 PM, and I was still sitting inside the lab, after a very long day. I found myself surfing the website for the music department, and saw that there's a student recital for that evening. It was tempting, so I figured I should go. It's free, and I can give myself an excuse to just sit down and relax, and not think for a moment.

Mo Su is a student here in the university majoring in music performance. And for that evening, she assembled a program that consisted of chamber music selections involving her instrument, which is the piano.

The second piece was Stravinsky's Sonata for Two Pianos, first performed in 1944. She had pianist Eric Huebner play the second piano. I like Huebner's playing style, but this time, it left me with a feeling at the tip of my tongue that I can't really explain. Somehow, again, it felt like they were just two players playing solo pieces together. There were times when they would be off by a few milliseconds and they won't play the beat in unison. And that just left a jarring musical image in my head.

After the intermission, Mo Su, together with violist Alexandra Curtis and clarinetist Christopher Culp, performed selections from Max Bruch's Eight Pieces for Clarinet, Viola, and Piano, Op. 83. Perhaps this was the best piece of the night. I actually liked the violist, for once, another instrument blended in with the piano, instead of just playing without actually being synchronized with the rest.

Overall, I guess I would have liked the recital more if Mo Su gave more emotion in her playing. It seemed that she was nervous, and a little holding back on things, tempering down her piano-playing. I wished there was more contrasts between the dynamics, but it sounded a little too mechanical. She also needs to improve on her group-playing skills: there were plenty of times when I wished there was more communication with the other players. 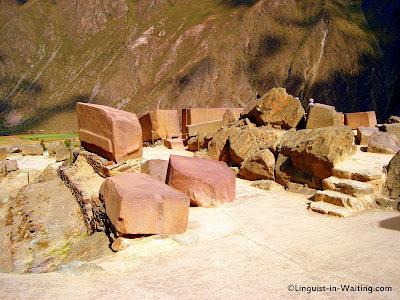