Rhythms of the City

So I have been to two different cities now in the Visayas. For the past three days, I was in Iloilo City, Iloilo. Now, I am in Roxas City, Capiz. And after seeing two cities, I am getting to see that different cities have different rhythms, and Roxas City is definitely very different from Iloilo.

For once, Roxas City is smaller. Way smaller. The banks are fewer, and there aren't a lot of malls, unlike Iloilo City. Jeepneys are not the norm here. Instead, tricycles take the function of jeepneys. So you can flag a tricycle that is going your way and you can just let it go, and other passengers can ride with you as well.

Things are slow here. At least, it's comparatively slower compared to Iloilo City. And the transportation system is way simpler. In Iloilo, I finally mastered the different jeepney routes after being there for three days. Here, it's just very simple, either you go up or down, north or south.

I went north after dropping my stuff in the hotel. I went to Baybay Beach, where the ocean is at. The sand is quite black, and there were plenty of people swimming. However, my purpose wasn't to swim. Instead, I was on the hunt for seafood. Baybay Beach is famous for having many restaurants along its side that sell seafood, where you can ask them to cook according to your liking. I ordered two stuffed squid, two servings of rice, and a soda, for 215 pesos.

The central business district of Roxas City doesn't seem to exist. Either I cannot find it, or it is just scattered all over the place. I cannot find a tall building. Unlike Iloilo, where there is a central street where all the shops are, functioning as an old town, here, there doesn't seem to be one such thing. Oh well. That's fine. I suppose that's better, than for example, in Iloilo, when I saw sex movie theaters, playing movies that had titles like "Lalamunan (Throat)" and "Silip (Peek)". I find it funny that erotic movies have weird titles like that.

So I'll be here for a few days, and when I get sick of the place, I'll move again. I've been collecting pictures of time-ravaged churches, and there's a few here as well. When I get back, I'll start posting pictures, I promise. There's gonna be a vagabonding series in store. 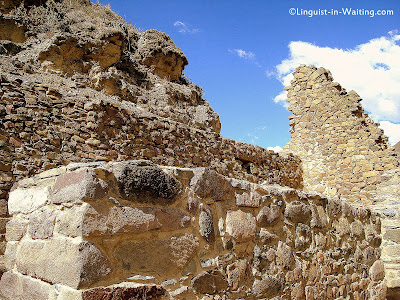