Book Review: Under the Tuscan Sun by Frances Mayes 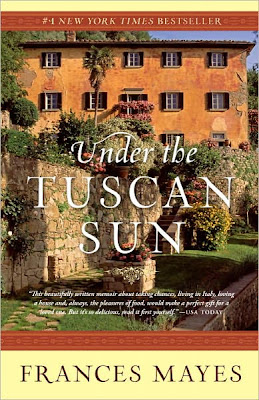 An edited version of this article was first published as Book Review: Under the Tuscan Sun by Frances Mayes on Blogcritics.org.

I have to say, I am not a non-fiction reader. My purpose in reading for pleasure is to escape reality for a moment, as there is already plenty of opportunities given my day job to read non-fiction. Thus, whenever there is the rare event that I pick up a book that happens to be non-fiction, most of the time, I hate it. This time, that is still the case. The last non-fiction I read was Elizabeth McCracken's memoir, and I didn't like that. In fact, I found this one to be worse than that. I was hoping that it would be like José Saramago's memoir, which I liked, but unfortunately I was wrong.

See, the main problem with this book is that I don't know how to take it. It left me confused as to what it was about. See, the first part should be titled Renovating a Villa for Dummies. I don't think I appreciated all that narrative about digging wells, installing hot water, polishing floors, and so forth, not to add the fact that this is in Italy, and they don't speak fluent Italian, resulting in some rather interesting conversation.

After renovating the villa, the narrative continues by telling the reader about living in Tuscany. This part I enjoyed, as I love travel. Unfortunately, summer comes and the author loves to cook. The next part becomes a cookbook.

Really? A cookbook? I find myself reading pages and pages of how to make bruschetta, soups, first and main courses, and so on. If I wanted to read a cookbook, I have my mother's library to help me. Obviously, I didn't like this section.

After summer cooking, there's narration on living in Tuscany again, with the author writing about hosting lunches and dinners and guests from America, including friends and family. Again, I enjoyed this part.

Fortunately, after the hated recipe section, there's the I am a non-believer so let's poke fun at the religious rituals of the natives section. As a non-believer myself, I actually had fun with this section (holy anorexia, anyone?), and for once I sort of shared the same humor with the author. The book ends with an introspective section on perhaps the emotional and spiritual benefits of living in Tuscany.

So, after reading this 292-page book, I wondered what is it that I actually hated here. And I think I have an answer, after comparing this with the last two memoirs I have read.

First, there's the problem of theme, or the lack of it. Elizabeth McCracken's memoir had a theme, which was her experience of giving birth to a stillborn baby. This one supposedly also had a theme, which was how to live in Italy. But that theme is so broad, and so it wasn't cohesive enough. There's a section that read like a self-help do-it-yourself book, there's two sections that are recipes, and the remaining sections read like a travelogue. It is too much all over the place, and I didn't like that. If she separated this into several smaller books, perhaps I would have appreciated it more.

Second, having a broad theme is good, but you need to earn the right to write one. José Saramago's memoir has a broad theme (there's no theme, as it is actually a blog, and every entry has a different topic), but he is José Saramago after all, the Nobel Prize writer. I don't think Frances Mayes the writer is big enough to warrant one such endeavor. There are people (like me) who would love to read about what goes on in the great mind of José Saramago, thus he can write about whatever topic he has in mind currently and collect them all in one single book. I doubt if there would be tons of people who would love to read about what's in the mind of Frances Mayes the same way.

Finally, like McCracken's memoir, I felt that there's too much romanticism in this book. Is that really how memoirs are? I don't seem to have data points to the contrary. In McCracken's memoir, I wrote that I felt that the pages were doused with [too much] hormones, and somehow I feel the same way here. Even in the sections I liked, where the author narrates how they live in Italy, there are times in which I feel like there's too much sensationalism, making me think Really, you feel that just by eating some olive oil?

Perhaps after this, I should stay away from the memoir genre for a while. I don't seem to be enjoying it. I am giving this 1 out of 5 stars. 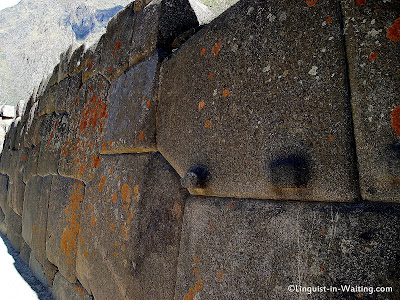