I spent a considerable time in Iloilo Province. In fact, it was my first stop, as I took a one-way flight to Iloilo International Airport from Manila, and checked myself in a cheap hotel. This province is known for its rather well-maintained ancient churches; in fact, one of them even made it to the UNESCO World Heritage Site. I'll be blogging about them one by one, and as a start, I am showcasing the Jaro Metropolitan Cathedral in this post.

First, let me show you a couple of pictures of the belfry. 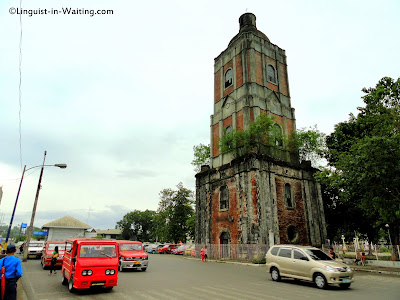 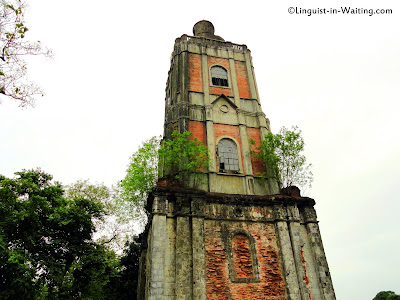 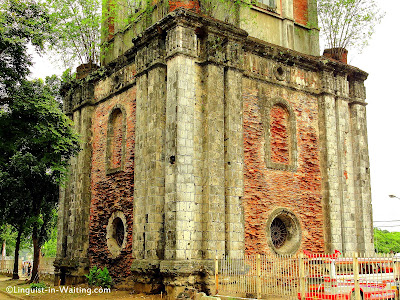 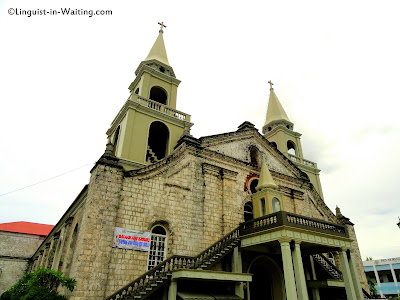 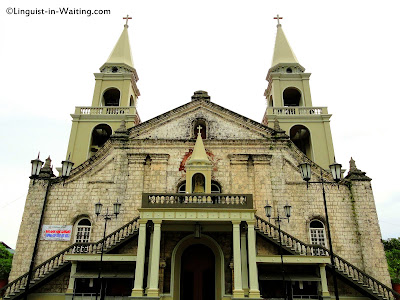 The next two pictures above show the facade of the church. It is off-white, and has this interesting staircase at the front, where you can access the balcony at the top of the front entrance. Notice the poster rallying people against the Reproductive Health Bill, as the Roman Catholic Church vehemently opposes it.

What follows next is simply a color explosion: I was quite amazed at the color of the interior, as they pitted beige and blue together to perhaps create the best-looking church interior I have seen in the Philippines. I have seen other beautiful churches, such as the one in Cholula, which sparkled like gold, but this one was pastel-colored, and was more gentle on the eyes. It had a beauty that wasn't shocking, instead, it was a gentle type of architectural beauty that felt welcoming to visitors.

Oh, I visited on a Friday, and there was a wedding the next day, so there were some people who were putting flowers on the stands. Enjoy the pictures. 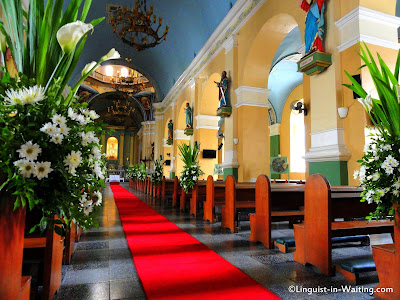 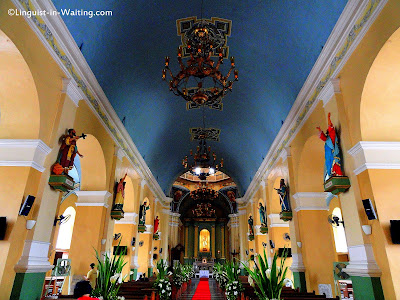 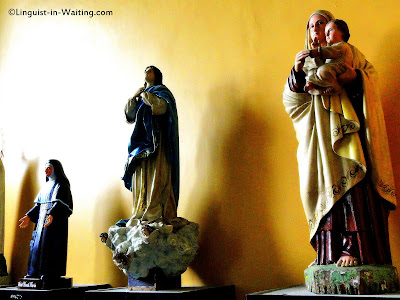 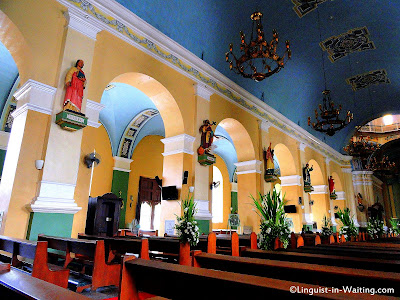 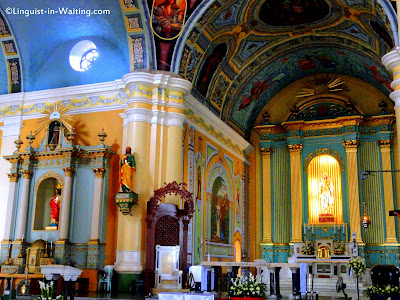 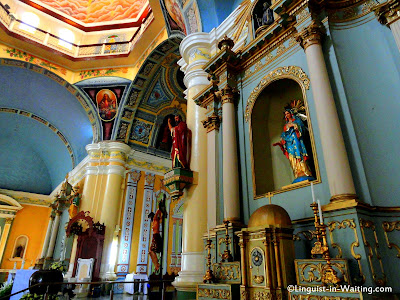 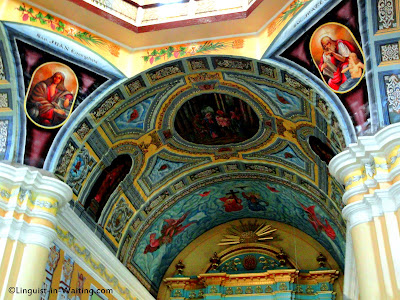 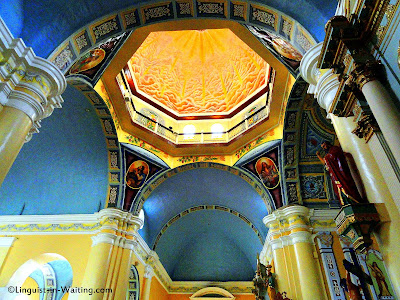 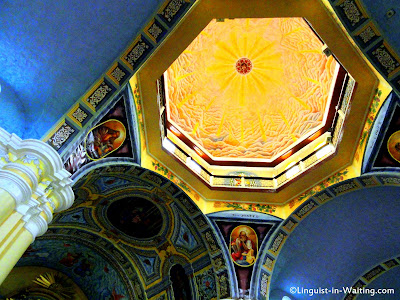 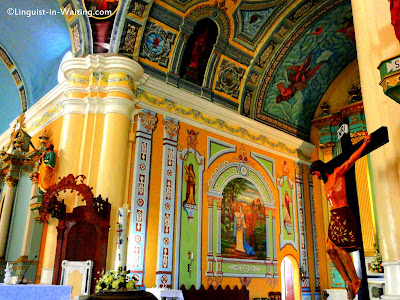 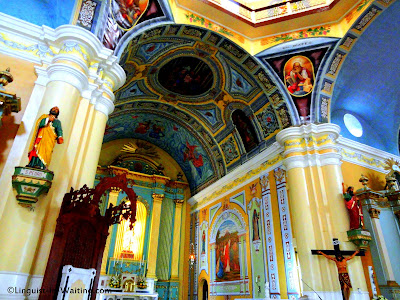