I decided to explore the Visayas Region in the Philippines when I was there earlier this year. I figured I can go hop on a plane and explore an island, and when I get tired of it, I'll simply move to a different place. Thus, my adventures in the Visayas would constitute the remainder of my Lakwatsang Pinoy Series. And for this post, I am featuring Roxas City, in the province of Capiz. 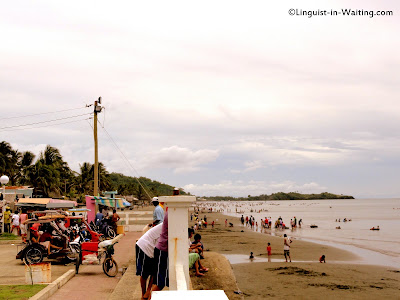 Capiz is a province that is located in the northern portion of Panay Island. I bussed from Iloilo City, and it took about three hours to reach the capital, Roxas City. This is a small city, and it has a beach. Somehow, it was the first place I went to, after dropping off my stuff in my hotel. 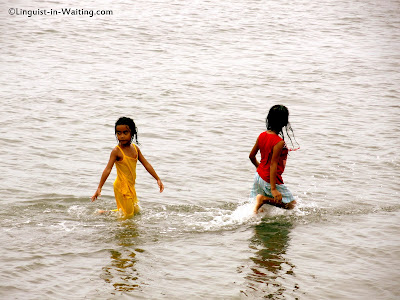 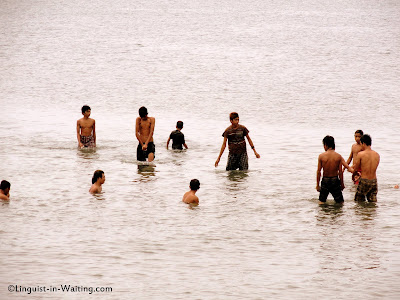 You can see families swimming, boys, girls, men and women, everyone. I didn't, as I wasn't an eager swimmer, but I took pictures instead. The place was quite lively, and what's awesome about it is that there are open-air grilling restaurants right next to the beach where you can simply pick and choose what kind of seafood you want, and they will cook it for you in whatever way you want them to cook it. I ate two large stuffed squid, with two cups of rice and a soda, for only 215 PHP, which is less than 5 USD. 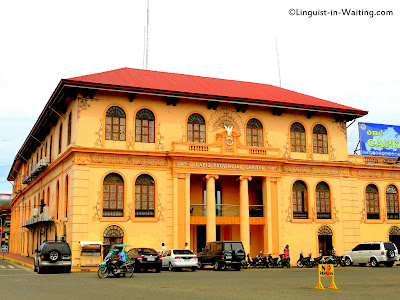 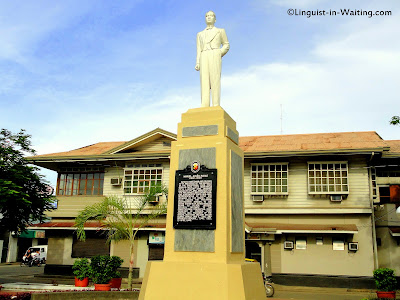 Capiz and Roxas City is also the origin of one of the Philippines early presidents, President Manuel Roxas (hence the name). This is his statue right smack in the middle of the town. 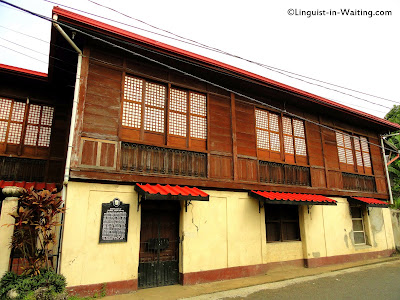 And this is his ancestral home, where he was born. Unfortunately, it is closed to the public, and only a plaque commemorates the fact that he used to live here. 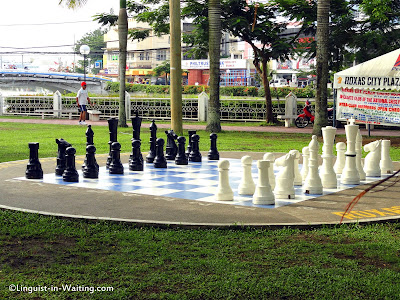 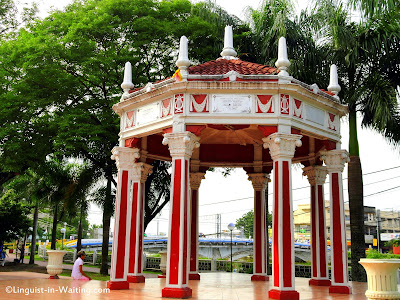 Roxas City is one place where I don't really understand the psyche of things, perhaps, because I only stayed a couple of days. There are interesting things that one can find around the city, such as this large chessboard, and an intricate gazebo that serves as a meeting place for people. 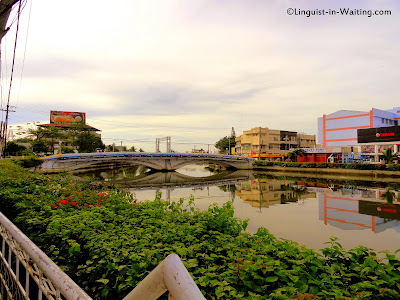 There is a river that bisects the town. And there's also this historic Roxas City Bridge, shown in this photo, which apparently turned 100 last year. I just wished they cleaned the river better. 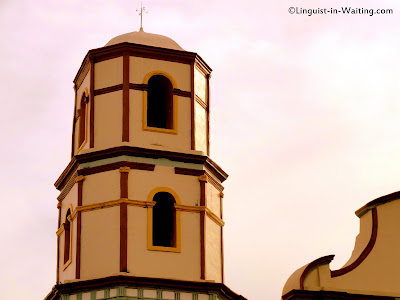 Of course, Roman Catholicism is also found here, and there is a large church in the middle of town too. Unfortunately, it was undergoing renovation when I visited, so I didn't bother taking pictures of the interior. Here's a shot of the bell tower, which is rather clean and minimalist. 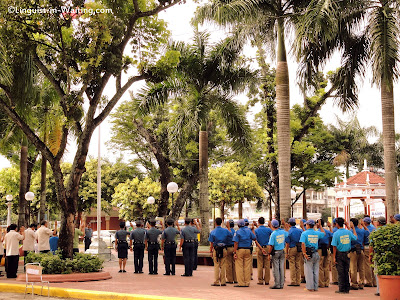 Oh, and during Monday morning, at precisely 8:30 AM, all of the government officials would go out and attend the flag ceremony. I remember my old elementary school days when we would also do this. The flag was raised, the national anthem was sung, and everyone would watch it. Traffic would stop, which was also the case when I witnessed it that morning. 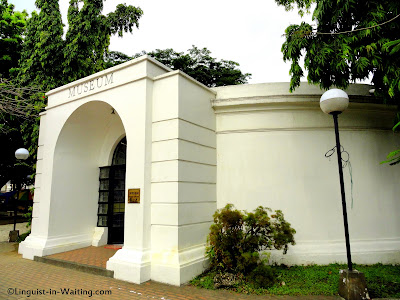 Finally, let me show you a picture of Panublion, which is the city museum. It used to be a water tank, but now they converted it to a building that houses small artifacts from the province and the city. Visiting is free.

Overall, I spent two days here in Roxas City. There were good things and bad things about the place, but I should say I never resented the fact that I went there.