Iloilo is a province that has plenty of old time-ravaged churches. I blogged about the Jaro Cathedral before. This time, I will show San Joaquin Church.

This church is actually built in 1859, and took ten years to complete. It is found in the town of San Joaquin, which can be reached by jeepney from Iloilo City. It takes about an hour of travel time, as the jeepney follows the road that traces the shore on the south side of Panay Island, heading towards the province of Antique. One can catch a San Joaquin bound jeepney near the public market, and then one will get off at the very last stop. 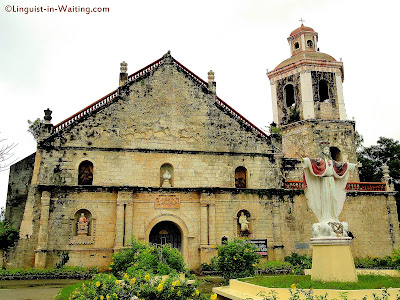 This is the view of the facade of the church. One can get off at the corner of the road that has the public market in San Joaquin, and walk for 2 minutes heading to the church. Do not use the pedicabs, as the distance is really close it is just not worth it. This church is made of coral stones and limestone, and has several different features. 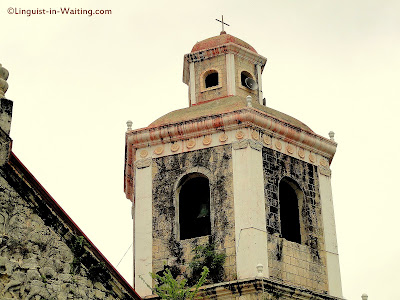 First, the bell tower. I actually loved the fact that it is in a state of slight decay. I love the fact that the brick has some mildew-like thing on it, emphasizing the fact that this has been around for quite a while. It is accessed by a staircase from the outside of the church. I'll show pictures of that later. 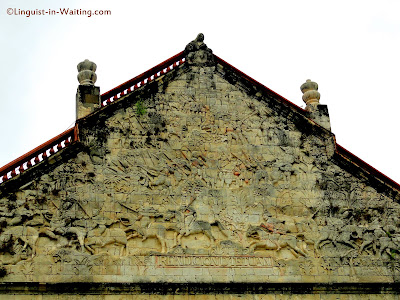 The stone carving at the top of the front door. This depicts the Battle of Tétouan in 1860, which was part of the Spanish-Moroccan War. 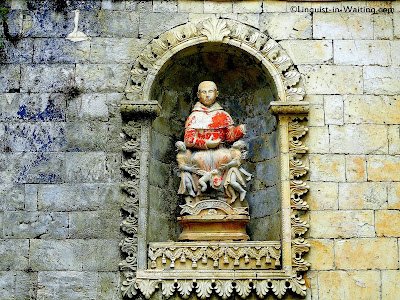 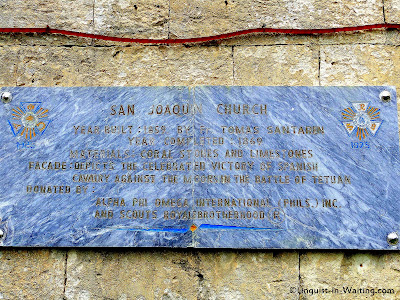 There's also several images nested on the front wall, like the one shown above, and also the plaque that says something about the vital stats of the church. 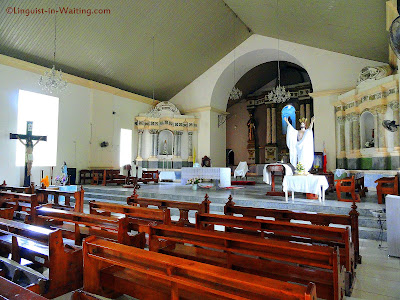 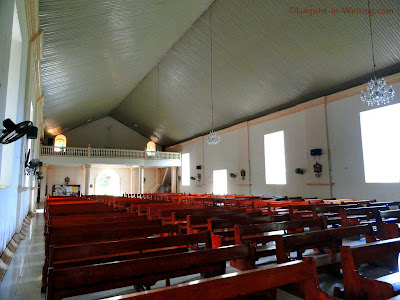 The interior is not so grand, unlike Jaro. However, there is still this feeling of the past, that something ancient resides here, and the feeling that this room has seen many many years pass by. It was quite an interesting sight. 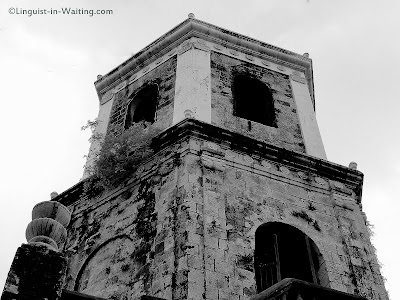 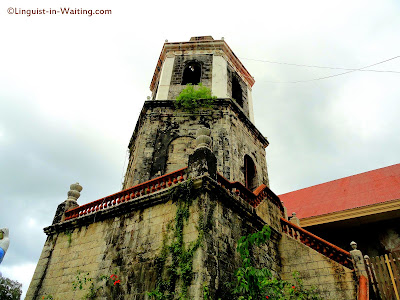 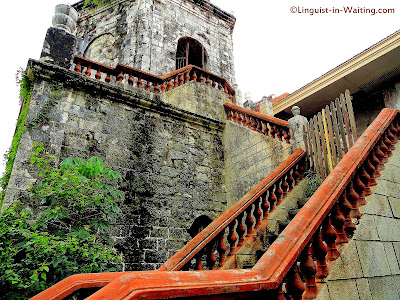 Finally, the bell tower again. As I said earlier, the access to this part of the church is by a staircase, as shown in my last picture. I actually like the subtle color combinations that this bell tower features. Unfortunately, climbing the staircase was not permitted, so I didn't attempt to get up there.

I spent a few quiet minutes here, admiring the place, afterward, I went back to the main road, flagged a jeepney going back, and headed to my next church.