I found out that there's a Buddhist temple nearby that I can visit. Thus, in order to make the full use of my time while I was stuck in Japan, I decided to pay a visit to Naritasan Shinshoji Temple, which was located in Narita City proper.

In order to get there, I had to take the shuttle bus that leaves the hotel and takes passengers to the city center. The good thing was that the hotel had free shuttles that take people to the two most important destinations that are relevant to its guests: the Narita International Airport; and the JR and Keisei Narita Station, which happens to be in the middle of the town. I used the first shuttle to get to the hotel, and I used the second shuttle to visit the temple.

I heard that the temple opens and closes early, so I figured that I could even visit it in the morning the day after, which is what I did. I woke up early, around 5:45 AM, took a shower, and then got dressed to catch the 6:20 AM shuttle to Narita City. The ride took 20 minutes, and then it was a 10-minute walk from there. After the 10-minute walk, this is what I saw. 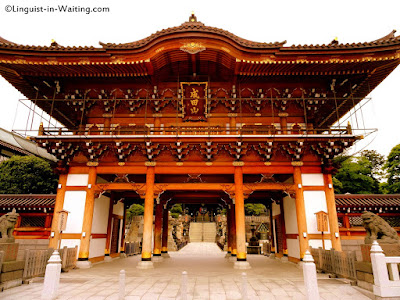 That's the gate that greets visitors. This is the Somon Gate, with two lions guarding it side by side. 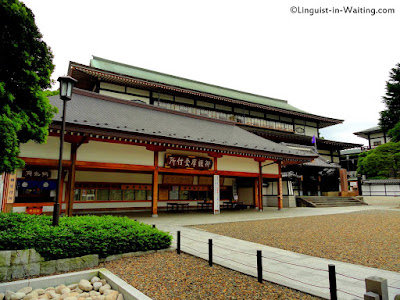 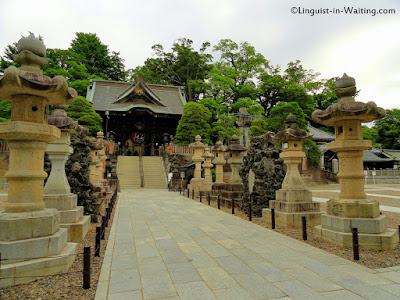 As one proceeds inside, one can see some offices to the left, as seen in the picture above. These are offices that sell amulets, and if I have read the signs correctly, they can also receive your wishes and prayers so that they can convey it to the Gods.

The grounds are full of rocks that are lavishly presented. As one moves toward the interior, a series of rock pillars guard the path that leads to another gate. 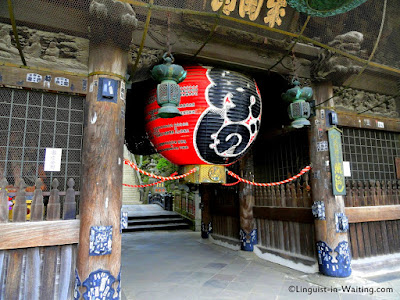 This is the second gate, which is considerably older than the first one, given the quality of the wood that is used. There's a bright giant red lantern that hangs in the middle. 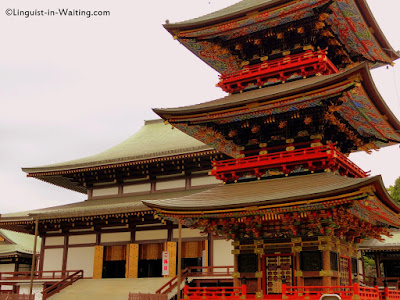 The first thing that can you see is the three-story pagoda. I especially loved the colors of this structure, and the contrast it forms against the Grand Hall, which is found in the background. 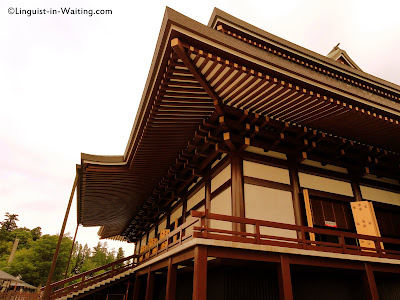 The Grand Hall is less colorful, but is definitely still impressive. I loved the woodwork here, and the golden doors that can be seen in the next picture. I was able to enter this Grand Hall, and the inside was quite extravagant. However, I was not allowed to take pictures of the golden explosion of a room that is located inside. Add to that, every person entering the Grand Hall had to take off their shoes and put it in a bag. It reminded me of old times spent in Japan, where the value of clean hole-less socks was reinforced upon me time and time again. 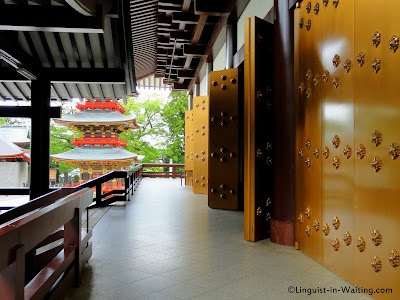 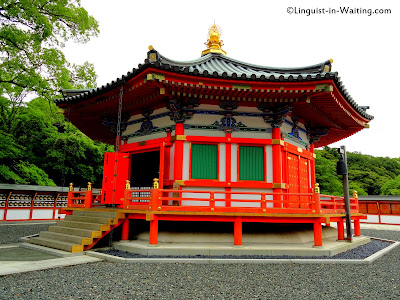 One of the newer structures in the temple complex is this Prince Shotoku Hall. It's an interestingly-shaped building, and contains stuff that I think was related to the named prince. If I remember correctly, this structure was finished just within the last 10 years. 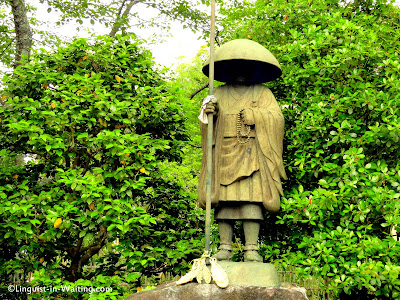 The temple complex is quite huge, and so far, that's just half of the whole set-up. Thus, I went behind the Grand Hall, and saw a sign leading to the Great Pagoda. The sign said that it would take a 1-minute walk from where I was. Along the pretty path, I saw a statue of Kukai, a Japanese monk who founded Shingon Buddhism. 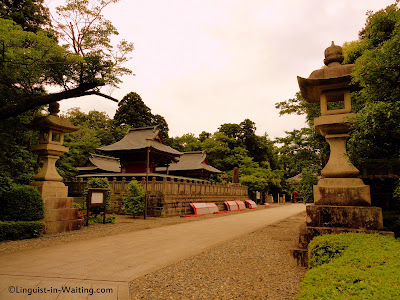 The path was rather long, and along the way, there were several other smaller structures both old and new, but they were too plenty to show in this entry. I guess it'll just have to wait when I finally show them as a photo attachment to my other posts. 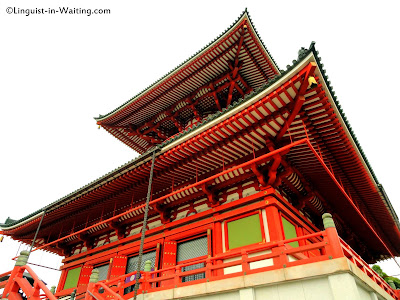 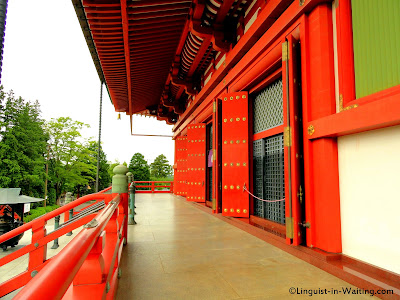 The Great Pagoda is huge, too big to actually fit inside my frame without me standing from a very very far place. It is also painted bright red, and was a feast of color in the eyes. And perhaps not surprising given this is Japan, but it was also wheelchair accessible; the ramp had several switchbacks given the height of the pagoda. As usual, pictures are not allowed inside, so you just have to take my word that the interior of this pagoda was quite marvelous. 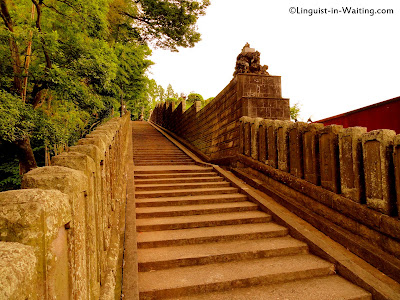 After touring the whole place, I realized that I have been here for about an hour, and it was time to return. After all, I haven't had breakfast yet, opting to do this first thing in the morning. As a result, I had the whole place to myself, which was quite serene. Heck, everything in this temple complex is serene, even the stone staircase leading to the exit.