Immigration, Xenophobia and the American Psyche

For a few weeks now, I have been following the events around Jose Antonio Vargas, the Pulitzer prize-winning journalist, who, on June 22, 2011, revealed, through an article in the New York Times, that he is an undocumented immigrant. Ever since then, the debate regarding the DREAM Act has been quite relevant, and by revealing himself as an undocumented immigrant, it gave a face to the plenty of people who, as children, were brought to the United States as undocumented immigrants by their parents, and ended up knowing the USA as their sole country of origin.

Personally, I should say that I find Jose Antonio Vargas quite courageous in revealing the fact that he doesn't have the correct paperwork. I have heard later on that reactions to his revelation were quite mixed, especially from the community of immigrants, both documented and undocumented. Some Filipinos lamented that he puts the Filipinos at an embarrassing spot. Others praised his courage and were glad that this resulted in the DREAM Act being discussed in the US government again. If you want to know more about his story, you can watch the video, embedded here, or go to the website whose links I provided above.

But perhaps the more disconcerting thing, at least, given my perspective, are the reactions of the Americans themselves when they see Jose's story. You look at newspapers reporting about his case, and you see the comments that people leave. I was reading them the other day, and couldn't help but think that this country is so xenophobic, that I really have second thoughts as to whether I want to be here and establish my career later on, after I graduate.

Recently, Jose's driver's license got revoked by Washington State. This was reported in several newspapers. And several comments revealed perhaps the prevailing American psyche that wants Jose out of the country. Several readers have commented that the US government should "ship him out", that Jose should "swim west", that "the US government should go door to door and hunt down the illegal immigrants" and so forth.

It made me think, that it seems that a lot of Americans are hypocrites.

I find it bizarre and mentally jarring that these Americans are so hasty in dismissing people like Jose Antonio Vargas, voicing their opinions that he should be "crated and shipped back to the Philippines" because he is an undocumented immigrant. Was it his fault that he found himself sent to the United States when he was 12, because his parents put him on a plane to California? He only found out that he was an undocumented immigrant when he was 16, when he went to the DMV and attempted to get a driver's license.

I find it so disturbing that this country, whose population is significantly made up of immigrants, would have people acting like they were originally here in the North American continent, when in fact, aside from the Native Americans, no one can say that they are here as indigenous populations. There is a high chance that plenty of ancestors of today's American population was foreign-born. Pay a visit to Ellis Island, you'll see how many people came to this continent from Europe and eventually settled here. I don't see how this gives people the right to simply "ship back" undocumented immigrants back to their home countries, especially when it is not their own fault that they ended up here, and more especially when this is the more or less the only country they have come to know.

See, if I have seen this xenophobic reaction in countries that do not have a history of immigration, then I would not be surprised. Just take for example Anders Behring Breivik, the Norwegian far-right extremist who bombed a government building and shot several people in a political summer camp in Oslo. He saw immigration as a threat, and he feared that Norway was being overtaken by Islam. To some degree, I can see where he is coming from.

But the United States is not Norway. The history of the United States cannot be told without acknowledging the fact that it has been a country that was formed by immigration. Plenty of people have come here from the Old World, plenty of people have boarded ships and planes and went here with the hope that they will have a better life, as they escaped poverty, famine, religious persecution, wars, and other obstacles. Given that, I think that the reactions I have witnessed with respect to the case of Jose Antonio Vargas is rather hypocritical and absurd.

I am not an undocumented immigrant. In fact, I am not an immigrant at all. I am just a student, that is legally here in the United States on a temporary basis. And yet I do feel the effects of American xenophobia. Every time I board the bus to New York City, there will be border patrol officers that board the bus and ask people to declare their citizenship (and if it is not the USA, produce their passport) in Rochester, NY. Mind you, Rochester is about 80 miles or 1.5 hours away from the nearest international border. There are laws such as Arizona SB 1070 which may look good on paper, but in essence it results in a majority of non-Caucasian people being stopped by officials so that they can prove that they are not undocumented, in essence, a form of profiling. The fact that things like these are creeping up and increasing in number is quite disturbing, to tell you the truth.

So yes, is the United States the destination of dreams? Probably not. As much as their educational system is superb (which is why I am studying here), I am not convinced that this is the country for me. After I graduate, we'll see where I end up. The stakes are stacked against the United States right now, to tell you the truth. 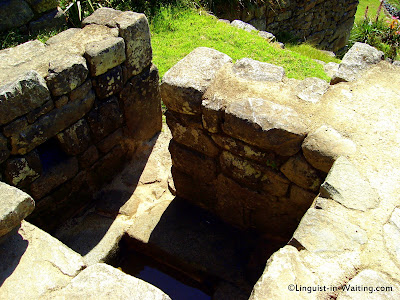