After visiting San Joaquin Church in the town of San Joaquin, I decided to head back to Iloilo, but on the way I stopped at Miag-Ao, which is the next town, as they have one of the churches that are listed as belonging to the "Baroque Churches of the Philippines" which is an entry in the UNESCO World Heritage Site. And when I saw the church, it definitely is quite noteworthy.

The thing is, when you see the facade, you'll just know, that wow, this is some grandeur. It is massive, huge, and looks more like a fortress than a church. It's a building that would make you think that if a giant earthquake happened, this building would probably be one of the ones that would be left standing.

Alas, when I got there, it was a Saturday, and there was a wedding that was going on. I didn't want to disturb the ceremony, so I surreptitiously went to the side door and entered the building, taking some shots. 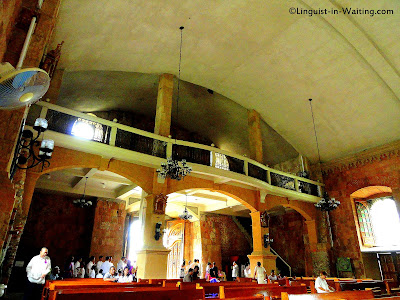 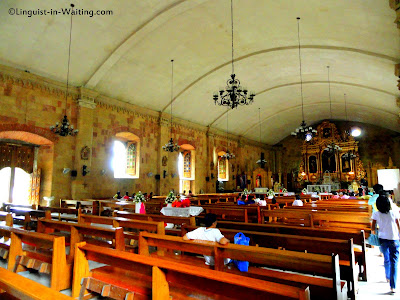 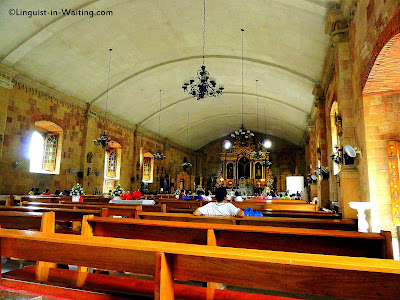 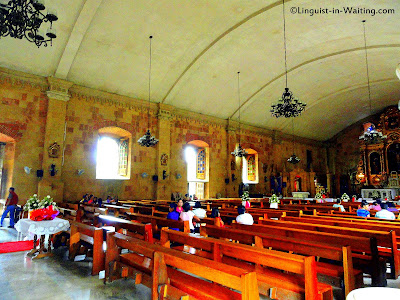 You could see the general feel of the interior of this church from the pictures above. There's lots of wood, and the design is rather austere and yet stern at the same time. You can see the wedding party gathering near the entrance.

It's time to show what I saw from the outside. It's massive, it's a fortress, and you can definitely see why back in the days, this church apparently was used as a defense when attacking Moros came to town. The walls are massive and are said to contain secret passages. Unfortunately, there was an event going on and I wasn't able to discover them. The following pictures show you what the outside looks like. 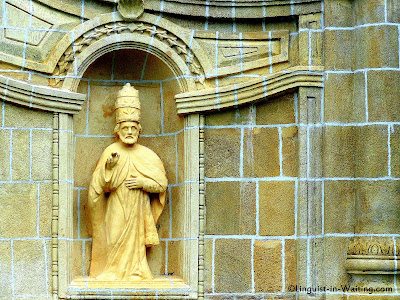 A statue can be found at the front side. 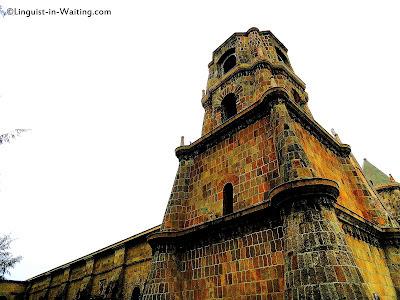 The bell tower looks more like a fortress lookout. 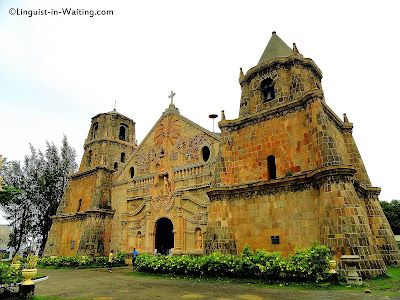 This is the highly ornate facade. 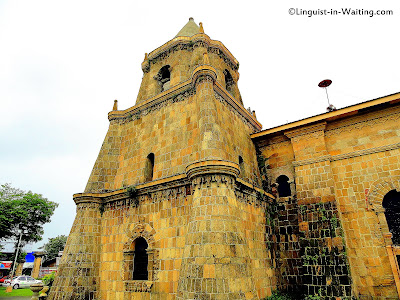 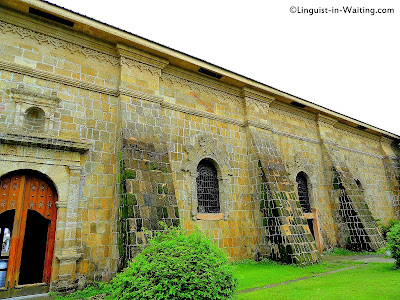 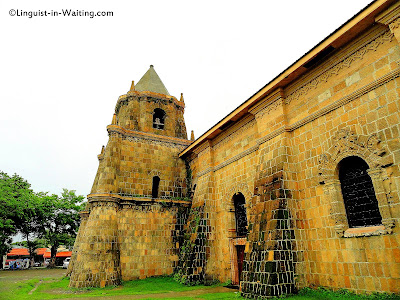 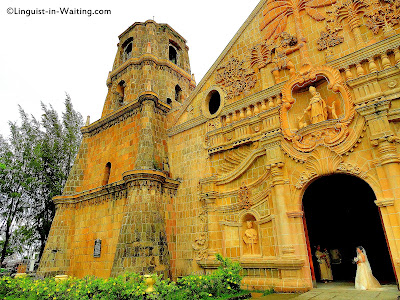 And here's the bridal party, waiting for other people before the ceremony can begin.

So there, I now have seen 2 of the 4 churches that are designated UNESCO World Heritage Sites in the Philippines. I visited Intramuros last year and saw the San Agustin Church, and this year, I saw Miag-Ao Church. Hopefully I'll visit the Ilocos Region sometime and see the the rest.