Iloilo is definitely a province that has plenty of old churches to visit. I have already blogged about several of them here: I have written about the Jaro Metropolitan Cathedral, the San Joaquin Church, the Miag-ao Church, and the Molo Church. For my last church entry in Iloilo, I will write about the San Jose Church, found in the middle of Iloilo City's business district.

See, unlike the previous churches that I have blogged about, this one isn't very popular. It's not a stone fortress, it's not a World Heritage Site, it's not a main feature of a large town plaza. No. Instead, it's just a small one on the side of the road, tucked in a quiet corner of the city. 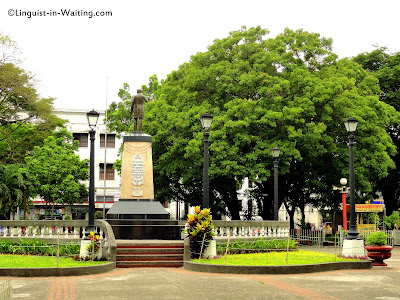 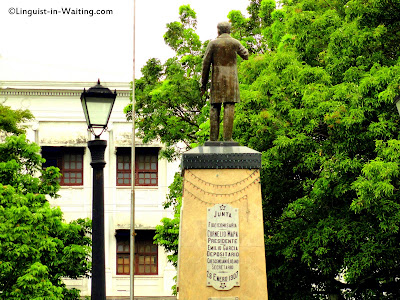 There is a modest plaza in front of it, with a statue of a famous person. I am not sure who the person is, as there are multiple names that are etched on the pedestal, and I didn't know which one referred to this statue. It's not the prettiest plaza, it is rather modest, but it isn't dirty either. There were a few policemen watching me take pictures. Perhaps they were thinking that this is the first time someone is taking pictures of this plaza. 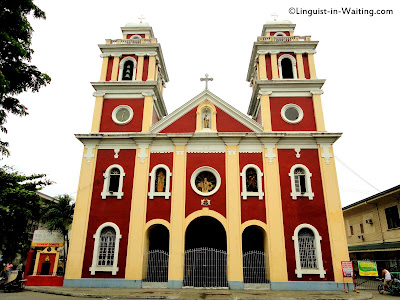 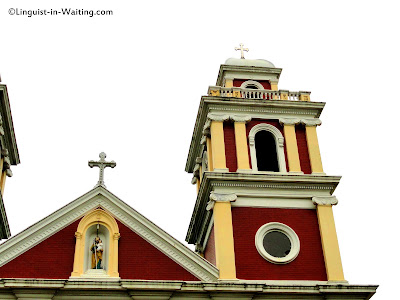 The pictures above show the facade of the church. I should say I like the paint job. It's a small church, like I said. It doesn't even have its own grounds. The space directly in front of the church is already the street, but it's not busy at all. I went inside, and took pictures as usual. And as it was the afternoon, there were a few people inside, some even were reciting the rosary.

The interior of this church isn't as colorful as the other churches I have shown here. However, it is still majestic, given the fact that it's a small church by the wayside. For the remainder of my post, enjoy the pictures that I have taken here. My next post in this series will then feature something else from a new province. 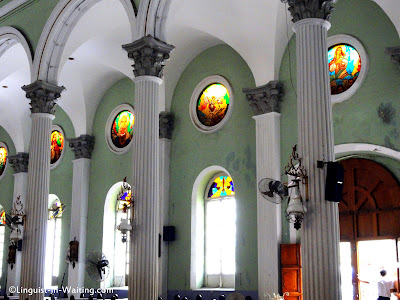 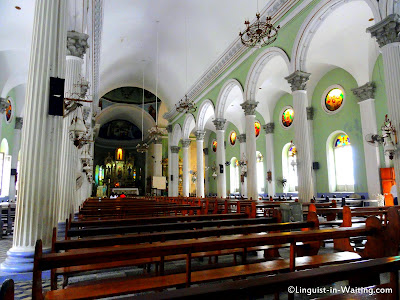 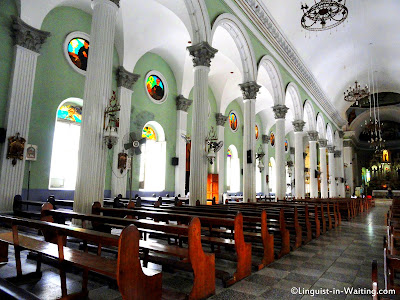 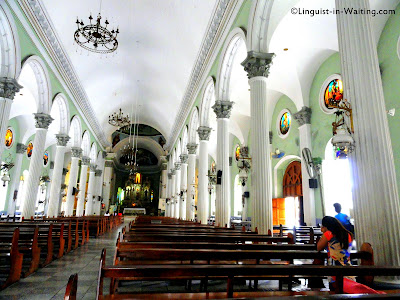 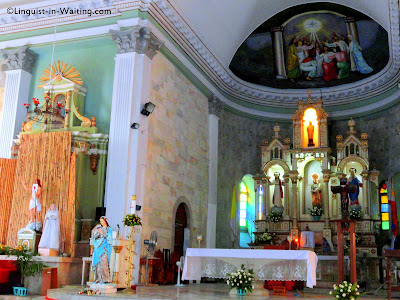 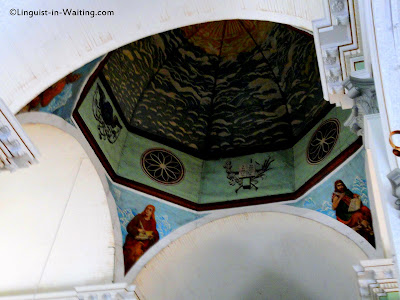 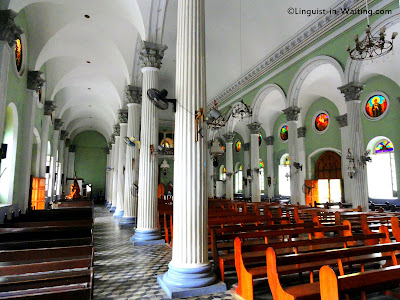