After publishing an entry about the Ansley Wilcox House back in June, I am continuing my Oh Buffalo! series, where I showcase various features of the Queen City. For the second entry, I will post about the historic grain elevators that are found alongside Buffalo's waterfront. Grain elevators are those things you can see on the next three pictures. 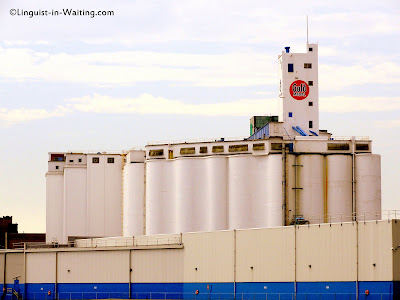 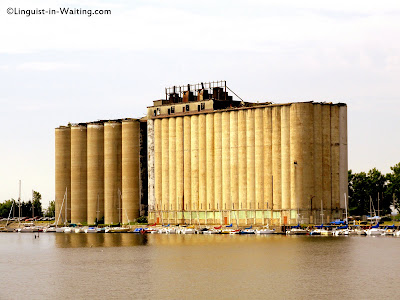 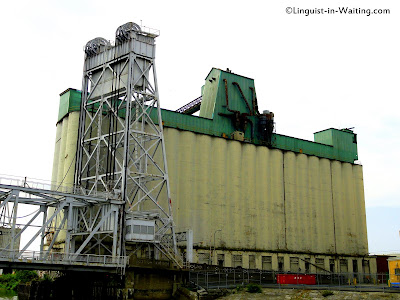 As you can see, these are huge structures. I've seen them before, but never really paid attention to them until recently. These are structures that are meant to move and store grain in places like silos. Now, given the fact that Buffalo isn't near a field or anything, why is it that Buffalo have plenty of these structures?

Well, the answer to that has something to do with the geographic location of Buffalo. If you have big cities such as New York City, Boston and Philadelphia on the east, and you need to feed these cities, then you need to transport large amounts of grain from the midwest, as the plantations and farms are located in the middle of the country. Buffalo happens to be a major transportation hub, as it is the terminus of the Erie Canal, which links the Great Lakes to the Hudson River, allowing ships to reach the lakes from the Atlantic Ocean. Buffalo was a big city back then, and was a hub for logistics, such as transporting grain.

In fact, Buffalo is where the grain elevator was invented, by two men, Joseph Dart, who was a merchant, and Robert Dunbar, an engineer. The first grain elevator was built in 1842, and ever since then, the technology was used to build other structures all over the world. 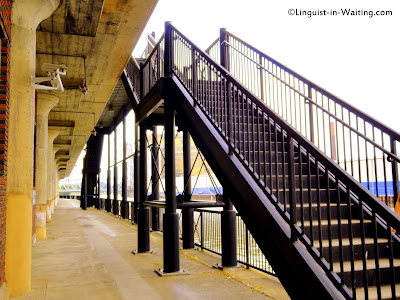 I followed the pedestrian path along the waterfront, until I found this building. This used to be a train station, which had two levels. Now it houses the depot for the Buffalo Metro. 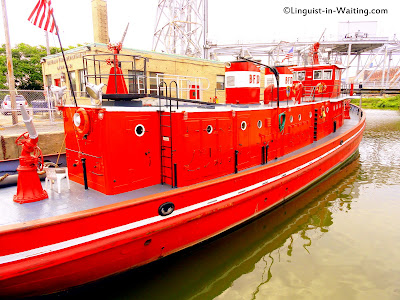 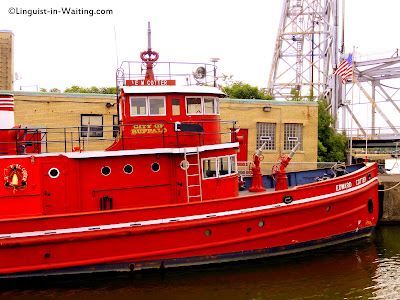 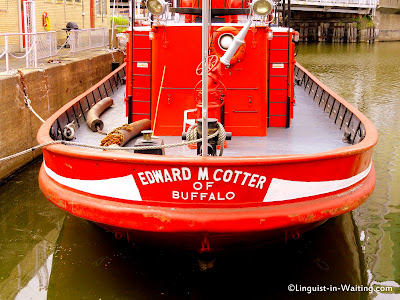 Along the way, I saw one of 8 National Historic Landmarks that are located in Buffalo. This is the Edward M. Cotter fireboat, built in 1900 in New Jersey. She is the oldest active fireboat in the world, and is known for fighting fire internationally too. In 1960, there was a fire in Port Colborne, Ontario. The Canadian firefighters weren't able to contain the fire fast enough, that they asked the help of the Cotter fireboat. She was escorted by a US Coast Guard for navigational purposes, as they crossed the border in Lake Erie and helped fight fire on the other side. 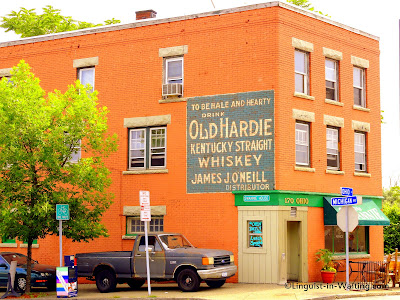 This is the Swanee House. This is actually an old structure, and it has been a tavern since then. Back in the days, ships would dock in Buffalo, and the sailors would go to these taverns to drink, have sex, and sleep. The upstairs rooms used to be bedrooms, but nowadays only the first floor is still serving its original purpose of being a local watering hole. They give free advice, by the way, if you zoom and look at the neon signs that they have at the front window. 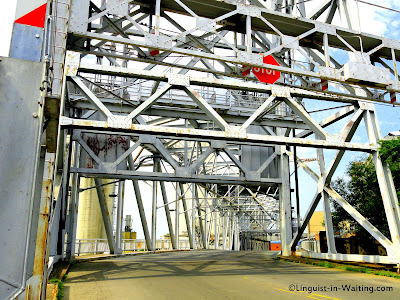 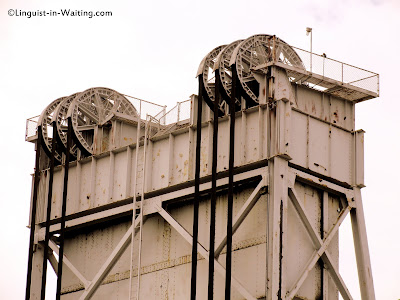 Next, I crossed the lifting bridge to get to Ganson Street. This bridge lifts up in order to let big ships pass. You can see the lifting mechanism on the picture above. 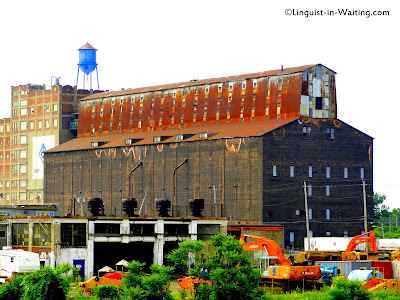 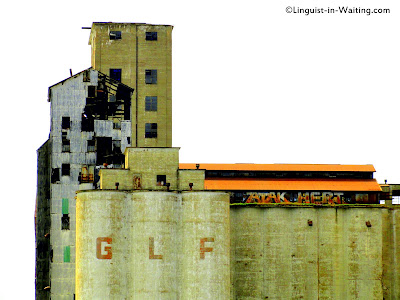 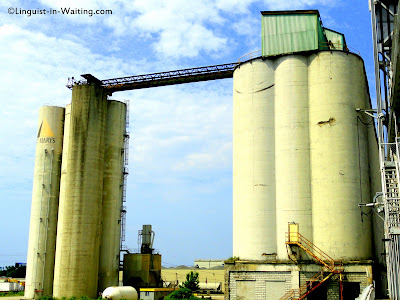 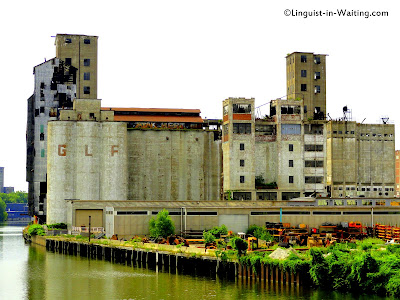 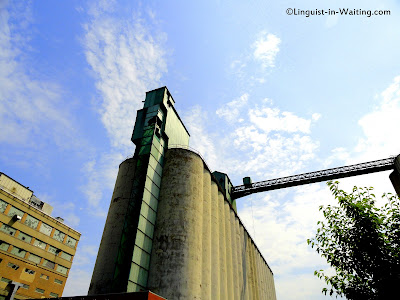 Ganson Street has plenty of other grain elevators, in various states of decay and disrepair. In fact, I think the only one that was still functioning was the ones owned by General Mills: Buffalo actually is one of the places that cereal is manufactured. Sometimes you can go downtown and it smells like Cheerios.