When Humans Pretend to be Gods

I have recently finished reading Never Let Me Go by Kazuo Ishiguro. It was a book about human cloning and organ donations, where in a dystopian society, science has allowed humans to have the ability of cloning their own species so that later on, as diseases necessitate the transplants of organs, there would be a permanent source of these organs. It basically is organ farming, to some degree.

That made me think. Personally, would I like that scenario to happen? Would I agree to that procedure? After all, it's one way science can advance, right?

Perhaps I am one of those people who are supportive of scientific advancement. I find myself cringing at the various hurdles that local laws impose to people who want to do research on stem cells, cloning, among other things. The main objection to this is because there are people who think that doing so is tantamount to playing God.

Of course, the scenario that was portrayed in the book was a little extreme: you have these cloned human beings that are leading a life of their own, until they get a notice saying that they should go to this clinic and start giving their organs away to the real people. So the question perhaps is where do we draw the line, assuming that cloning can indeed be done?

My first stab at the matter would be on the ability for cognition. In the book, people decided that they would rather think of the clones as non-humans, something you just get as a product, without a life of their own. Which is why there were advocates of these clones who were trying hard to argue that these clones had souls as well. I do not believe that humans have a soul component that is separate from the body: what makes us human is the power to think. Once we lose this, for example, by being brain dead, then our "soul" so to speak is gone. Personally, it's the ability to decide for ourselves is what makes us human and higher than other animals. Not all of our behavior is due to instinct. If a clone can do that, then for all intents and purposes, the clone is also human.

Thus, given that stance, I would be against the scenario that is portrayed in that book. Perhaps that is my boundary. Once the clones have an ability to think for their own, then that's where I will stop. If cloning can be done such that only specific organs are cloned, not in a full human body, but just in a petri-dish, then I think I am fine with that.

So how far am I allowing science to go forward? For example, there's the idea of eugenics, where humans modify genes so that the offspring can have better genes and trump the randomness of things. I think I am fine with that. Of course, this has been done in the past, with dire consequences. People have previously argued that certain races are more inferior than others, and that gave them right to attempt to eradicate these certain races. But just because this has been used malefactively in the past doesn't mean that we automatically shun the benefactive use of it. Of course, there's the possibility that genes become less diverse, and I still don't know what to think of that, given it is not my field of study, but for the moment, if the technology can be potentially used for the greater good, then I don't see any problem implementing it.

So where has this rant brought me to? Perhaps the bottom line is that I do not like the idea of scientific research being hampered by beliefs that somehow, are not objective, to some degree dogmatic, and are influenced by beliefs that are quite subjective and unfalsifiable, like for example, religion. I do agree however, that there is an ethical component to research. After all, even in my personal research in grad school, I have to submit every experiment I do to the ethics committee and have it approved before I can conduct it. I am fine with having an ethics committee that would make sure that I am not violating the rights of my participants. Perhaps what I am not fine with is if this ethics committee starts dictating what I can and cannot do simply because some holy book tells me I shouldn't. So far they haven't been doing that, which is a good thing. But it remains to be seen what would happen when science progresses and people's morality cannot catch up with it. 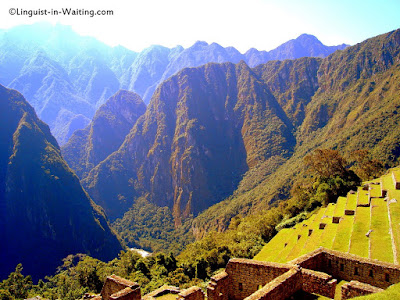