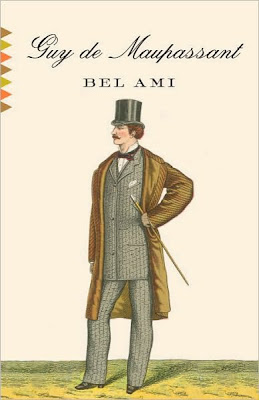 An edited version of this article was first published as Book Review: Bel Ami by Guy de Maupassant on Blogcritics.org.

What happens if you decide to write a novel that features seduction, intrigue, and ruthless social climbing? You end up with Bel Ami, which is a novel written by Guy de Maupassant. It has been a while since I have read classical fiction, so I figured I pick this one up for a change.

And what is it about? Well, the novel revolves around the activities and adventures of George Duroy, who is an aspiring journalist returning from French-occupied Algeria. He decides to try his luck in Paris, and for some reason, his luck is stellar. He meets one man, who gives him a job as a small-time travel writer for a newspaper, but that blossoms into him slowly going up the social ladder in Paris, to the point when he is a powerful political journalist in one of Paris' leading newspapers.

Of course, he does this through mooching, by taking advantage of other people along the way. He charms several women into helping him, either financially, politically or sexually. And with every step, he navigates the Parisian social ladder. And as usual, there are victims along the way.

I suppose that's the general idea of the book. After reading several novels that are more modern in design and structure, I found reading Bel Ami rather easy. The time frame was chronological, it was written from an omniscient point of view, and the narrative was simple. For that, at first, I thought that I didn't like the book. I found it too simple, given that I have been reading Salman Rushdie and Orhan Pamuk recently. But somehow, I guess it would be unfair to evaluate this book by comparing it to works belonging to a totally different form and generation.

That mental bump aside, I came to appreciate the book more for what it was trying to do, or what I think it was trying to do. In essence, it is a critique of Parisian society. Note that there wasn't a single likeable character in the book. George was a very opportunistic bachelor, and the women that he caressed and loved were also selfish and sexually-charged human beings as well. Everyone was just geared into climbing the social ladder, having been trained to do so from the very beginning, as evidenced by Susan's character, who is a young girl that has an encounter with George sometime along the narrative.

So, instead of treating this book as a mere story, I figured it would be better if one sees this as a social commentary of the times the writer was living in. It was 19th-century Paris, and people are ruthless. People care about scandals, inheritance, and social status. Somehow, after reading this book, I am glad that I do not live in that generation.

Perhaps one thing though, gives me a strange taste in my metaphorical mouth. As much as I found the narrative simple and easy to grasp, I did not like the way it ended. It was so abrupt. I was reading it, enjoying the tension, and relishing the conflict, when suddenly, I felt like it was immediately taken away from me, as the book just ended in a flash. After looking up Guy de Maupassant, I have learned that he is known for his economy of style, and efficient, effortless dénouement. Personally, however, I think it was too efficient for my taste.

So, overall, I guess I enjoyed reading this book. But it makes me think that there was a reason why I haven't picked up a piece of classical literature in a while. I give this 3 out of 5 stars. 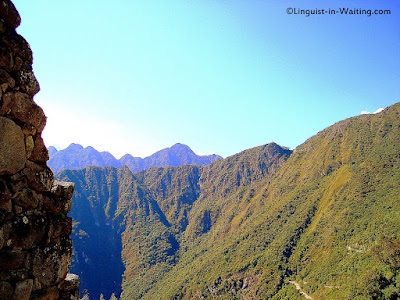