After visiting plenty of churches in Iloilo, I figured I continue the religious streak. This time, I decided to cross the Iloilo Strait and head over to Guimaras. Thus, I went to the pier, and after buying a ticket for 14 PHP (0.33 USD), I boarded a motorboat that would take me to the island on the other side of the strait.

Fifteen minutes later, I found myself in Jordan, a town in Guimaras Province. Guimaras is known for its mangoes, which is why they actually ban the importation of any part of the mango plant, be it seeds, seedlings, tree samplings, whatsoever. They do not want their crop to be contaminated. And yes, I tasted their mangoes and they were to die for.

Anyway, I figured that the easiest way to explore the island is by hiring a tricycle for the whole day, which was what I did. I told him what were the sites I wanted to see, and so he took me there. This post will be one of the two posts I am devoting to Guimaras.

First, I told him that I wanted to go to Navalas Church, found at the very top of the island. So we went there, and 30 minutes later, we found it: the time-ravaged church which endured a little too many typhoons, and yet still standing in its 1800s glory. 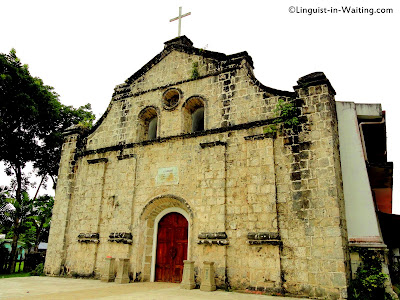 I have to say that the only grandiose part of this church is this facade. The interior is not that spectacular, if one would compare it to the other churches I have seen in this trip. However, what I think is remarkable about this one is its isolation; spending a few moments sitting in the old wooden benches inside made me think of how far away I am from urban civilization. After all, behind the church, there's a rice paddy and an empty beach facing the sea. 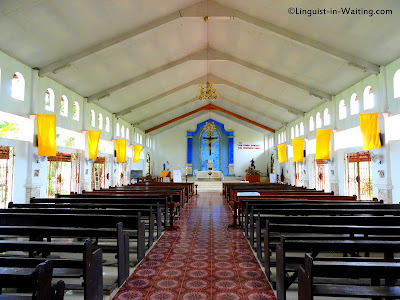 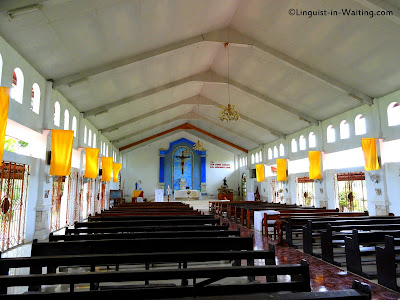 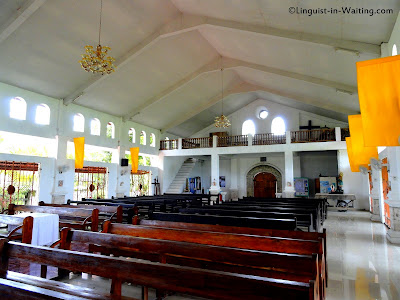 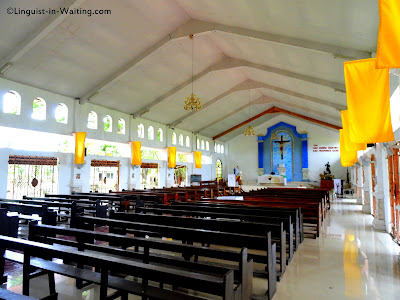 As I said earlier, there's the ocean that is really close. After exploring this old church in rural Philippines, I decided to go ahead and check out the ocean. 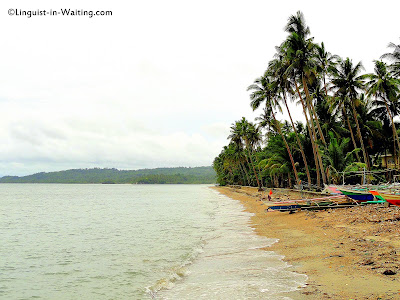 After this, we went down to the middle of the island. The next thing we visited was the Trappist Monastery, which happens to be the only Trappist monastery in the Philippines. The tricycle pulled into the compound and there was a priest who welcomed me. It seemed like he wanted to chat, so I approached him and chatted for a little bit. The funny thing is that I really didn't know how to interact with a priest. I had this idea that most Catholics have a script on how to interact with the clergy, but since I wasn't raised Catholic, I don't have that knowledge. He was telling me things about the monastery, and then he kept asking whether I had something I wanted him to pray for. I think he just assumed I am Catholic. I always answered that no, I don't need him to pray for me whatsoever, and after a few moments, I guess he realized I am not Catholic, so he asked. But before he asked that, he offered to bless me. Being polite, I didn't argue, so he touched my forehead and that was it. 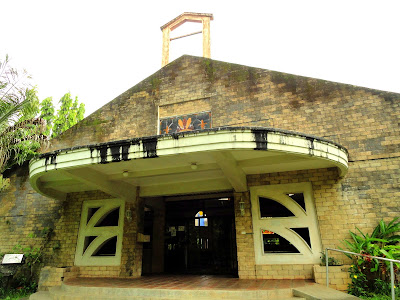 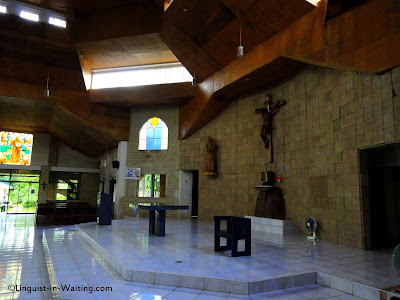 The above two pictures show a glimpse of the monastery. There wasn't much to see, as they are more famous for their sweets which they sell in the gift shop. 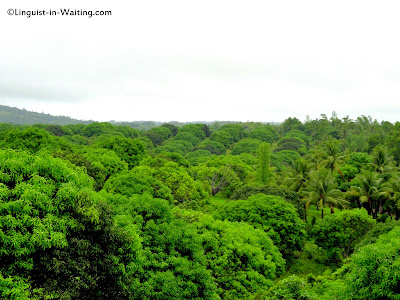 After that, we continued our ride, but we passed by the mango plantations that the island is very proud of.

I will continue this later with the last thing I saw in the island, which will also be the last entry for my Lakwatsang Pinoy series.