During the same weekend that I visited the grain elevators in Buffalo, I went to Forest Lawn Cemetery as well. After all, I had a day pass for the metro/bus system, so I figured I might as well use it for what it's worth.

Forest Lawn Cemetery is this cemetery in the middle of the city, adjacent to the large Delaware Park system. There's several various important people that are connected to Buffalo are buried here. And on top of that, there's several beautiful and interesting features that I thought was camera-worthy, some of which I will showcase in the rest of this post. 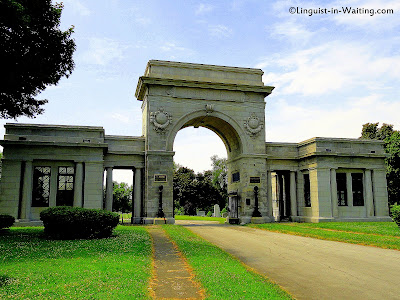 This is the Main Street entrance. I figured I take a photo of it just to show I entered it. 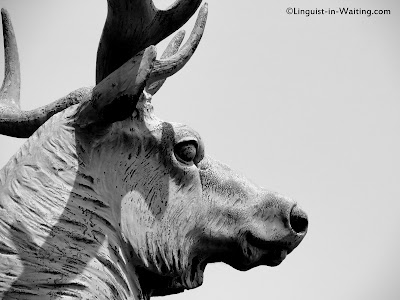 There is a statue of the elk rest, and the above photo is one of the plenty of shots I took of this feature. I decided to show just a close-up shot here, in an attempt to be dramatic. 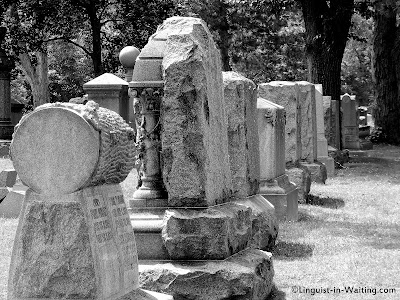 The tombstones come in all shapes and sizes. I was curious what it would look like in black and white. 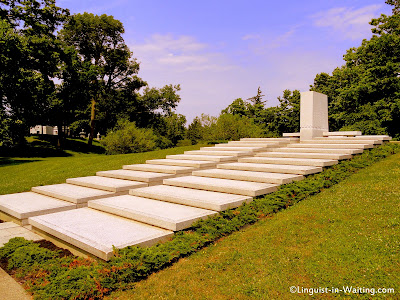 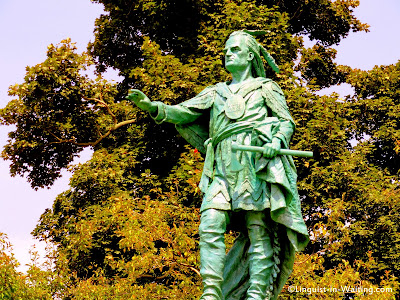 A statue of Red Jacket is located near the Delaware Avenue entrance. He was a prominent Native American who was significant in this area. 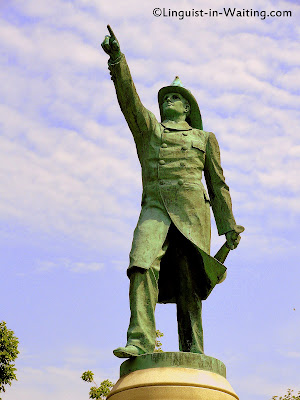 There is also a memorial dedicated to all the firefighters who lost their lives while on the job. 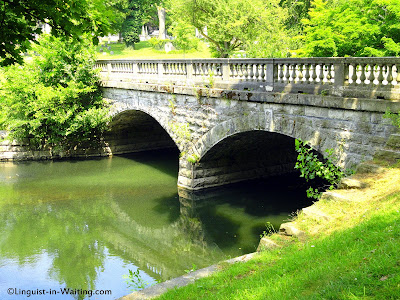 The Scajaquada Creek runs through the cemetery. There's beautiful bridges that are built to cross them, like this one. 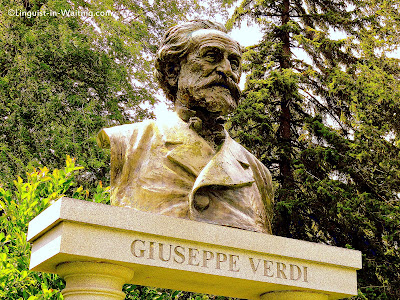 I found a bust of Giuseppe Verdi in the cemetery. He is not buried here, though. 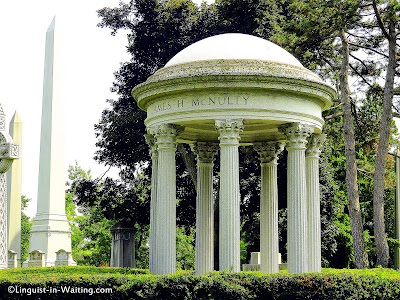 I like this marble fixture, dedicated to the memory of James McNulty. 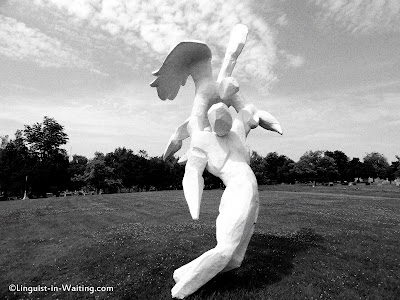 One of the spots in the cemetery that I liked the most is the open field where this sculpture is found. This is a John Field sculpture of an angel saving a man from collapsing. 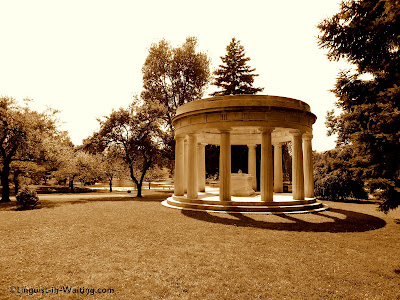 I also found what looks like a neo-Athenian altar. 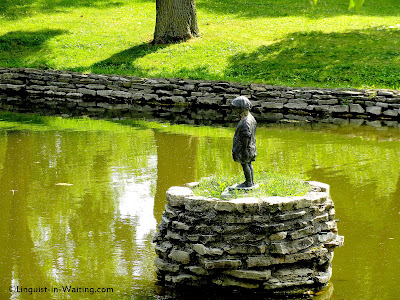 There's also the little girl in the middle of the lake. 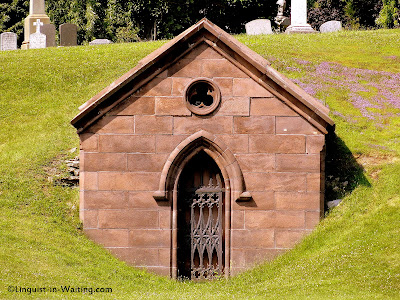 There's the mausoleum engulfed by the earth. It reminded me of Debussy's La cathédrale engloutie. 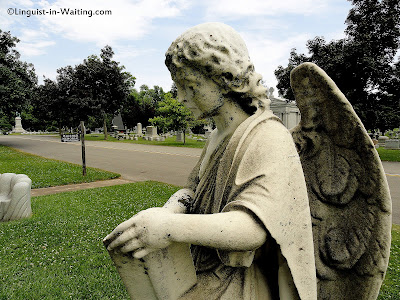 Finally, an angel protecting the departed.