One of the places we visited in Chile was the Cementerio General. We visited it one cold morning, which perhaps made the experience more spooky. But at least, it was a great glimpse at Chilean society, as somehow, even after death, social divisions are preserved, as my following pictures testify. 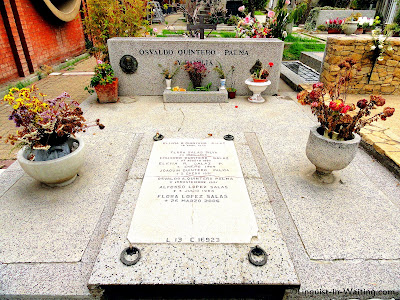 This is an example of a family vault. This particular one is the vault of the family of Oswaldo Quintero Palma. How this works is that this is a deep vault, and you open the vault by pulling on these rings. There usually is a staircase that goes down, and you can find several coffins inside, as this is family space. Families are typically still united even after death. 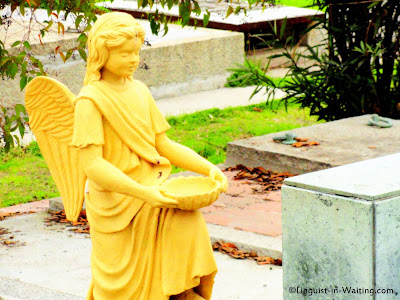 The families have choices with respect to what adorns their underground crypts. This particular one has a statue of an angel watching over them. 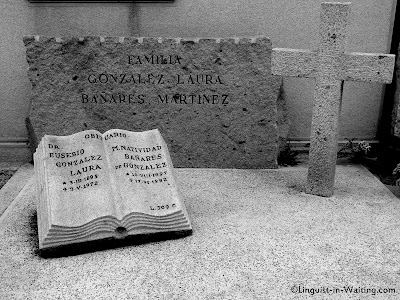 And this particular one is a rather simple design, which personally I prefer. Notice the age of the people who died. 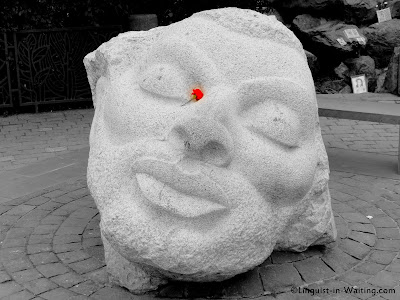 We strolled around the cemetery, and found this. A statue of a severed head, with a rose as a tear. This is found near the memorial for the people who were executed and disappeared during the reign of Augusto Pinochet, which was a troubled period in Chilean history. 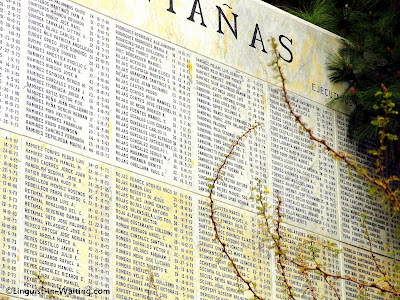 This is a list of all the names that either disappeared (and people nowadays just assume that they were executed by the Pinochet regime), or killed for political reasons. Their names are etched in marble, and there's just too many names to capture in one frame. 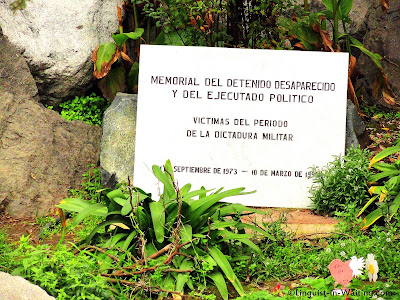 This is the small stone commemorating the victims of the military dictatorship, from 1973 to 1990. 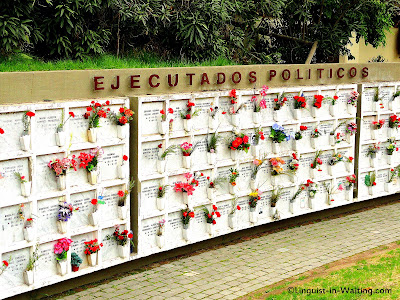 Notice the rather numerous victims of political executions. 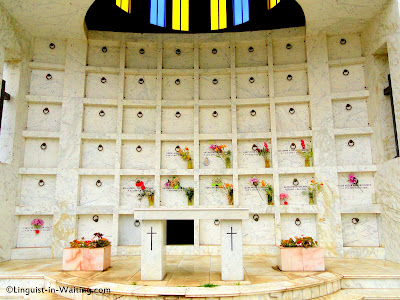 This on the other hand seems to be a collective crypt for a famous or rich family: there are plenty of open spots available, and they even have their own personal altar. 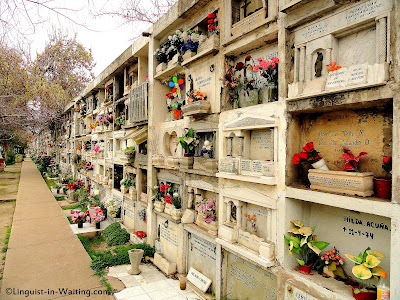 That stands in stark contrast to this part of the cemetery, where coffins are piled one on top of another. This perhaps is economy class. 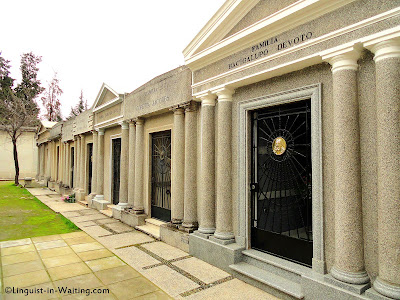 And this is first class, when the vault isn't even underground, but instead is housed in a small mausoleum for everyone to see. 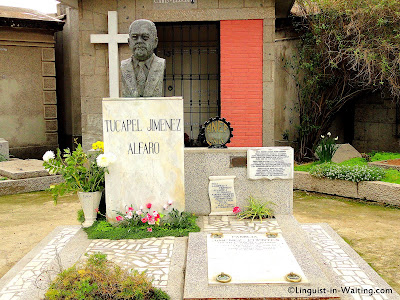 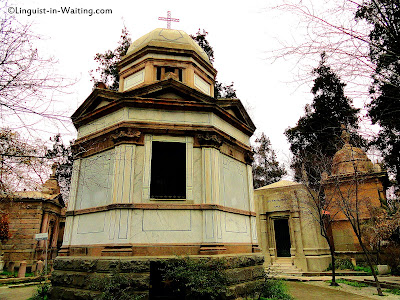 And then you have big mausoleums like these. Later on I found out that this one is for a former president of Chile. 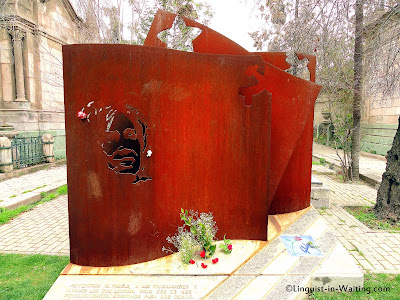 There's also the modernist graves, which was quite swanky in my opinion. 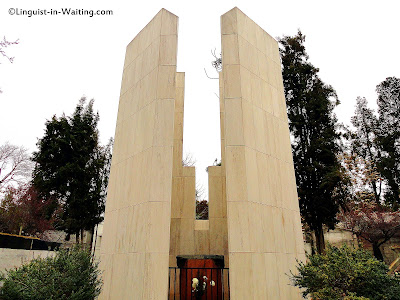 And the grave, or should I say, monument, of Salvador Allende. I think it is rather appropriate, given the importance of this man to this country. 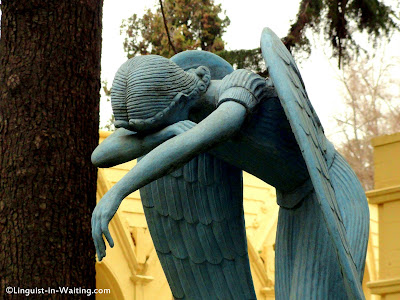 There is a tired angel watching over the dead people. This one is taking a break. 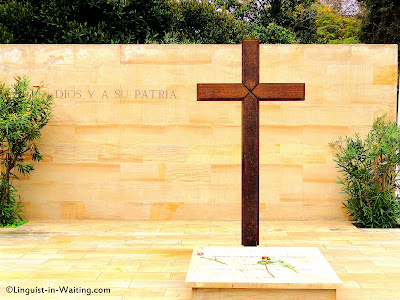 Religion and state doesn't seem to be separated here, as one is encouraged to love one's God and Fatherland in the same sentence. 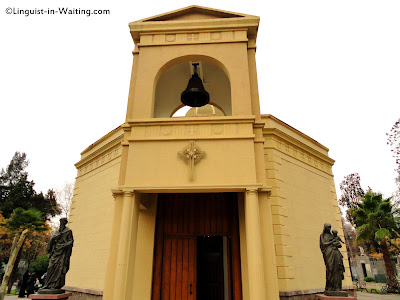 Finally, the chapel. After spending a few hours in the rather expansive cemetery, we decided to head out, and so we went to another place in the city.