A few weeks ago, I decided to take a stroll around Symphony Circle. The weather was great, and I figured it would be a great way to explore the city. I've been in this area before, but most of the time, it was during the evening, and the surroundings are already dark. The reason is because Symphony Circle is where Kleinhans Music Hall is located, which is the home of the Buffalo Philharmonic Orchestra.

So one afternoon, before sunset, I found myself there, with my camera. Here are some photographs I took. 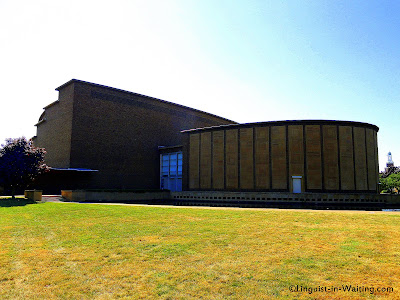 This building actually was designed by Eliel Saarinen, together with his more famous son, Eero Saarinen, who also designed John F. Kennedy International Airport's Terminal 5. I think it is a rather fabulous building. 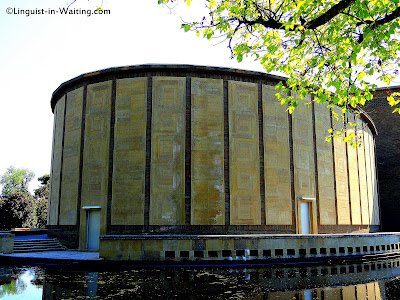 The round shape is featured heavily in this building. This actually makes the auditorium look quite spacious, if you're seeing it from the inside. And the acoustics are great too! 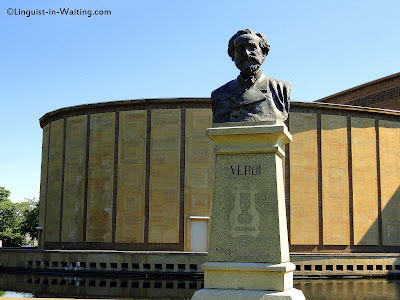 There are two composers that are featured near the circle, somehow standing as guards of the traffic that occurs around it. This is Italian composer Giuseppe Verdi. 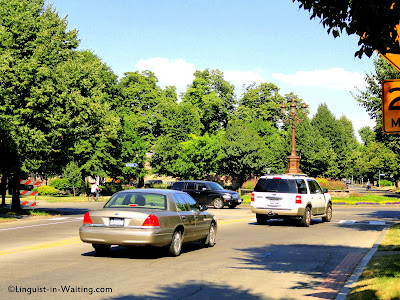 And this is the traffic that he watches. 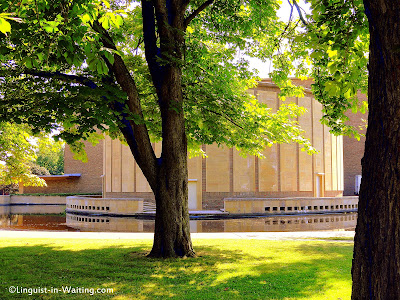 There are several trees that can be found in the circle, which actually makes a good piece of shade from the fierce sun in the afternoon. Add to that the fact that there are several benches where one can just sit down and relax, while watching the world go by. 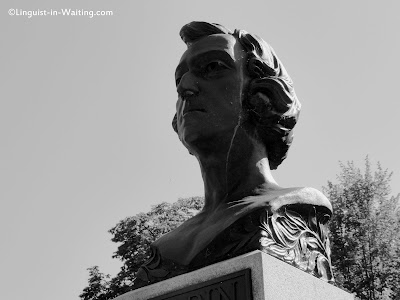 This is Frederic Chopin, the other composer that is featured in the circle. This bust apparently was donated by the Buffalo Singing Society, if I remember correctly. 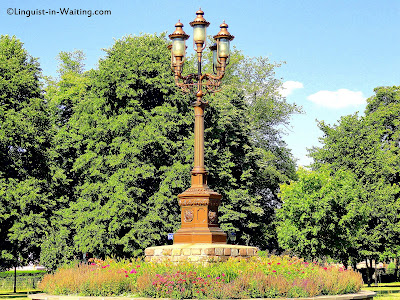 That's the middle of the circle, a lamp. 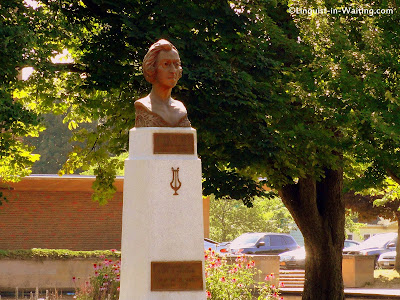 And there's Chopin again, glowing against the setting sun.