The new season for musical performances has begun! It's always a great way of relaxing and unwinding after a long and busy day, and since the university has a rather stunning music department, we have various performances that we can attend throughout the year. And the first performance I attended this year is Roland E. Martin's recital.

I have attended a Roland Martin Recital before, several times, in fact, in various locations. I have first seen him perform in the university, and I have also attended a performance of an operetta he wrote in a church as well.

Anyway, for this performance, the theme was "Family Values" where the first half was music all from the Bach family. Well, not quite. I am slightly familiar with J. S. Bach; after all, I had some years of classical piano training under my belt. However, I enjoyed the fact that he presented several musical pieces by the less-known members of the Bach family, which I know nothing at all.

And as a comic relief, he also performed the Toot Suite by P. D. Q. Bach, which is someone I haven't heard of at all. That was quite funny and entertaining.

After the intermission, he performed several vocal pieces all written by him. I especially liked the instrumentation, with piano, oboe, clarinet, bassoon and voice. And this is where I noticed that Roland Martin has a musical style that I think am seeing. After hearing the Opera Sacra perform his operetta, I think the music is highly similar. You know, when you hear a Philip Glass piece, you listen to it and know that the piece is from Philip Glass because there's a trademark feature, I think there's also a Roland Martin trademark feature, but at this point, I cannot put my finger on it. I guess I just have to listen to more of his works. 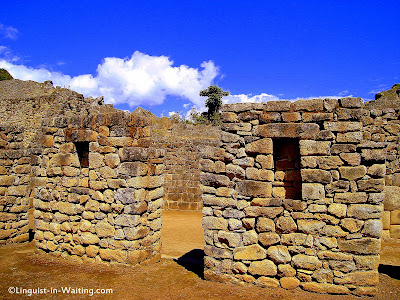