30 Day Song Challenge: Day 24 - A Song That You Want to Play at Your Funeral


I do not believe in living forever, or the afterlife for that matter. And yet I realize that living is such an awesome thing, that people just want to continue living forever, if that were possible. People don't want to die, I get that. Perhaps that is why people came up with all these ideas of heaven or paradise. And people wrote songs about it. So yes, as much as I do not believe in the afterlife, I wish people would live forever, but unfortunately, that is not the reality of things. And I'd rather face reality than hide in some fantasy. That being said, when I die, I want this song played at my funeral. This is My Immortal, by the band Evanescence. This was released in 2003, as part of their album Fallen. I prefer the acoustic version of this song, not the one with the rock interlude, as featured in this video. 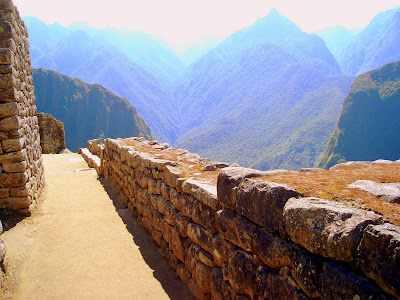 (Ruins of a Balcony, from my Machu Picchu Series)