Sometimes, my friends and I have engaging discussions that usually are not really related to what we do as graduate students. So, a few weeks ago, I had a discussion with a close friend of mine about whether I have morals or not.

See, the thing is, I am known in my social circle as the atheist. But even though I am an atheist, I have plenty of friends who are of a different shade of belief.

I have one who is a Catholic, but Catholicism for her is not about religion, but more about tradition. There are just social functions that the religion of Roman Catholicism has influenced, to the point that critics of Catholicism think that this religion is something in which one can pick and choose which beliefs one would like to agree with.

I have another one who is also a Catholic, but I get the impression that the rituals of this religion is more important to this friend than the other.

Now, given that, a question that was raised was whether I have a morality. And to some degree, I felt like I wanted to say that I was amoral, that I don't have an external basis with respect to deciding whether one is right or wrong.

See, people who have religion have it easy. They can claim that there is an external source of decision, such as a holy book, say, the Bible or the Quran, which tells them which one is right and wrong. I don't have that. Now does that mean I don't have morals?

I'd like to think otherwise. I think I have what is known as functional morality. I myself decide which one is right and wrong. It is my own decision, not some external decision that was made for me. See, people who believe in the Bible might think that this way of thinking is arrogant, and egotistic, and perhaps it is. But I also think that if people just believe in things just because some holy book told them to do so, without actually examinining whether that should be the case or not, then I think that is cowardice. I find it a manifestation of cowardice when people don't want to think for themselves and instead, have a book think for them instead.

So, am I amoral? I guess it depends on how you view morality. I know that it is so easy to just fully accept the package of beliefs that a book provides, but I think it is way more important to personally examine every aspect of this package and determine whether you really embrace this package or not. Just saying that something is wrong just because some book says it is wrong just doesn't work for me. 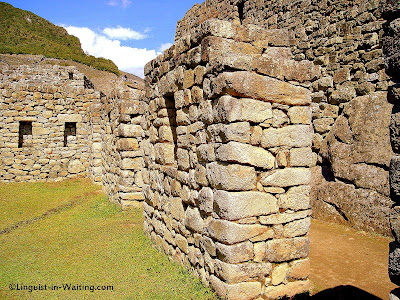