Sometimes, things happen and I see them, which makes me wonder why some people cannot seem to think for themselves.

See, you see students who are members of Greek societies. There's initiations and such, and it's weird to hear what they are saying, especially when they are functioning as groups. It's like one's individualism goes away, and everyone just thinks as a group. It is the scariest thing.

A few weeks ago, I watched the movie Agora, and it's just scary. It's scary to see how crowds can be manipulated just by a few carefully selected words. It's scary to see how crowds can think that way, think a certain way just because everybody else thinks that way too. Since when have people thought that it is a good idea to stop thinking for themselves and just follow the crowd?

The unfortunate thing is that people still think that way in modern times. People are bombarded with propaganda everywhere, and the audience seems to just take that for face value. Most of the time, it's in political topics that I see this behavior, but it's just scary that this can happen.

We have brains. We humans have the ability to think. We better use it, or else someone else will think for us. 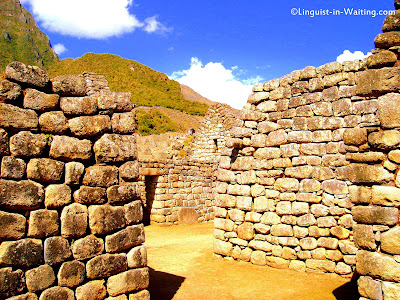 (Zig-Zag, from my Machu Picchu Series)