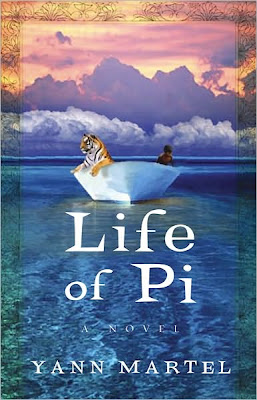 An edited version of this article was first published as Book Review: Life of Pi by Yann Martel on Blogcritics.org.

It is always a rare event that I stumble upon a book and upon reading it, makes me think what had just happened. Life of Pi by Yann Martel is one of those. It is a fantasy adventure story, but with an underlying theme that I never expected.

But first, let me provide a brief synopsis. This is the story of Piscine Patel, nicknamed Pi, and his misadventures. He is a young teenage Indian boy, son of a zoo owner. Importantly, he is a practicing Hindu, Christian, and Muslim. His experiences growing up with animals, his family, and his faiths is the main topic of the first part.

The second part of the book is about his misadventures at sea. His family decides to immigrate to Canada, bringing most of their zoo animals with them to sell to other buyers in North America. They board a cargo ship, but the ship sinks, and he spends a total of 227 days floating in the Pacific Ocean, with a hyena, zebra, orangutan, and a Bengal tiger for company. The first three animals die one by one through one reason or another, but the tiger and Pi survives until they float and reach the Mexican shores. This is the longest and in my opinion, most gruesome part of the book.

The final part of the book is an interview between Pi and a couple of Japanese maritime officials. Pi narrates his story of his ordeal at sea with the animals. However, the Japanese officials find his story incredulous and unbelievable, so Pi provides another story, without the animals. The Japanese officials find parallels between the two stories, and later on, Pi asks the officials which story they prefer, to which they respond that they prefer the animal story. Pi ends the conversation with and so it goes with God.

I could analyze this novel in so many different ways. No one can deny that this is an adventure novel. I am impressed with the wealth of information this novel has with respect to marine biology and survival. The author definitely did a great deal of research for this. Some of the descriptions on survival tactics were rather disturbing, to the point that one can almost think of this as a horror novel. However, I realized that it is only disturbing because most of us humans have the creature comforts that our day to day lives provide. We usually never find ourselves thrown into such an extreme scenario that we lose our humanness and revert to animalistic measures.

Something that I didn't expect as I began to read this book was the fact that this is also a theological novel. I didn't expect religion to be an underlying theme to this. The thing is, the novel makes it sound like religious believers, agnostics, and atheists can fall into three different bins, depending on which story one believes in. In the very short final part of the book, Pi provides two explanations for his ordeal. Neither of these explanations can be proven. If one believes the one with the animals, then one presumably is a religious believer, as it is the better story. On the other hand, if one believes the story without the animals, then one is an atheist, as this is a story that confirms what we already know. We already know that surviving 227 days in the open sea with a Bengal tiger is a very unusual occurrence, in addition to carnivorous islands and meerkats in the middle of the ocean. And if one cannot choose, then one is an agnostic.

The thing that disturbs me is that it is not clear which side the author advocates. Is he advocating for belief in religion? Or is he advocating for empiricism and atheism? As an atheist, I obviously have my own biases I am bringing to the table, but as a reader, I can argue one way or another.

The book opens with an episode that said that the following story will make one believe in God. Did it? It didn't work for me. I understand that the story with the animals sounds better, less gruesome, and prettier. But the probability of it being true is also low. As someone who deals with inferential statistics quite often, I think that the probability of the animal story being true is quite low, and I am more then willing to chalk it up as Pi's hallucination during his ordeal.

At the same time, it is correct that neither version of the story can be proven. Regardless of which story one picks, one still has to take the word of Pi. There is still a measure of faith that is involved. So, shall I pick the version of the story where there are no animals, and instead of animals, there is the sailor, the cook, and Pi's mother, who gets killed one by one, as each try to survive in the ocean? As gruesome and inhumane that might be, I will still pick that, given that there are more supporting evidence pointing to that being true.

If I have to pick one thing that I like about this book, it would be the fact that it allowed me to reflect on my lack of religious beliefs. As much as I think what I believe is true, I also agree that it is a belief that is testable and can be debunked. If I have evidence supporting the opposite belief, I definitely have an open mind and would definitely consider it. Overall, belief is a matter of probabilities, in my opinion. One weighs all the evidence for and against a belief, and measures the probabilities of these pieces of evidence. In Martel's view, I might seem like someone who doesn't want to choose between the two stories, but I am not. I am choosing one story over another, but nothing prevents me from changing my choice if I encounter another evidence that would support the other story. I give this 4 out of 5 stars. 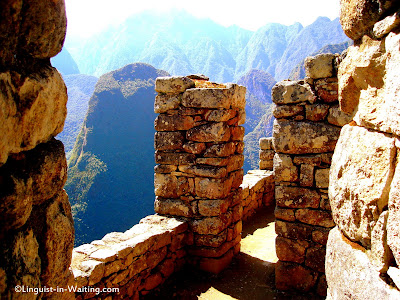