While the weather was still fine, I decided to embark on a walking tour of downtown Buffalo. The thing is, this part of town isn't the prettiest, given how urban flight has deteriorated this place. However, if one knows where to look, there are still interesting places that are worth seeing. Needless to say, I brought my camera with me. 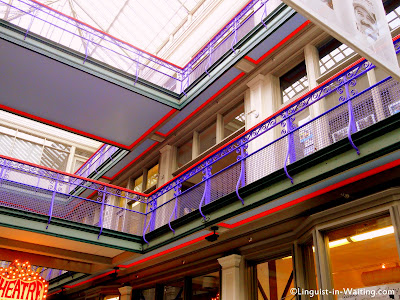 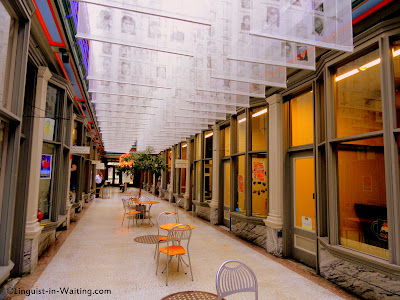 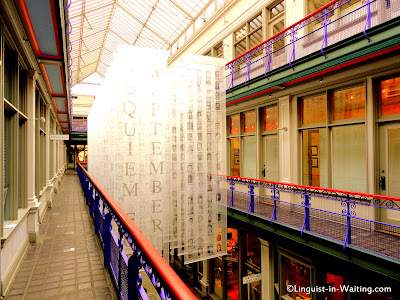 First, there is the Market Arcade. This is an old building, located in 617 Main Street. Originally, it was called the Palace Arcade, and it housed indoor offices and shops. Today, it houses the visitor's center, and several shops, cafes, and a theatre. 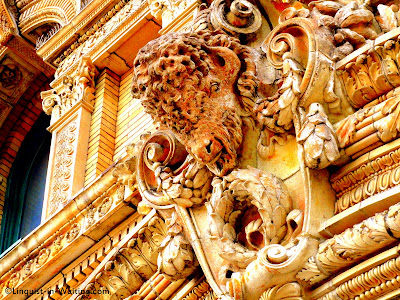 Just see how intricate the facade of this building is! 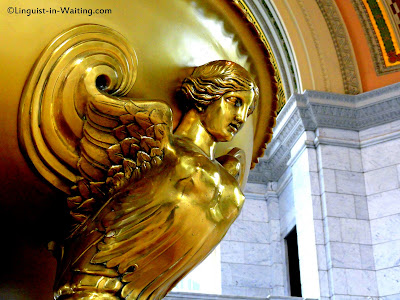 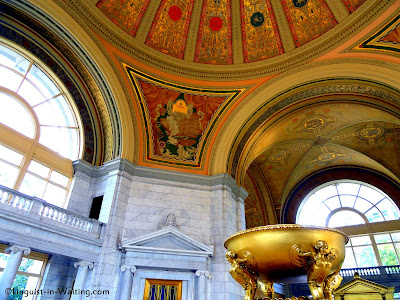 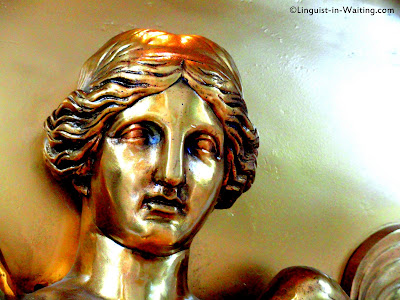 Next, we head to the Neo-classical Beaux-Arts M & T Center. This building was first built for the Buffalo Savings Bank, which is an institution that doesn't exist anymore. Inside, one finds a bank. It was fortunate that I was able to take pictures inside, as long as I wasn't pointing towards the secured area. There's plenty of golden stuff featured inside, as the three photos above show. 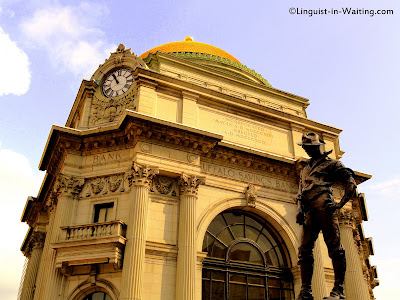 This is an outside view of the M & T Center, together with a statue on its side, entitled "The Hiker". 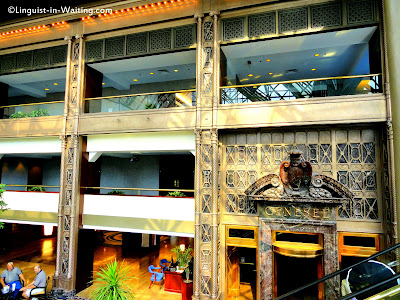 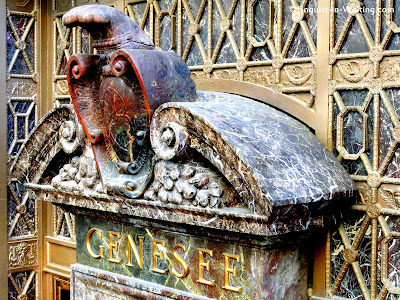 Up next is the Genesee Building, which is now part of the Hyatt Hotel. Notice this facade, which used to be outdoors, but is now indoors, due to renovations and expansions that were done in the building. 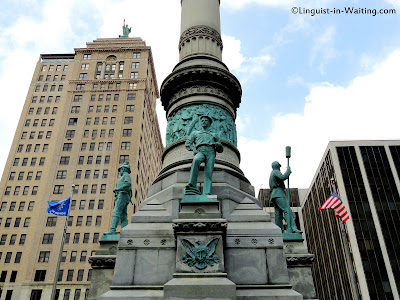 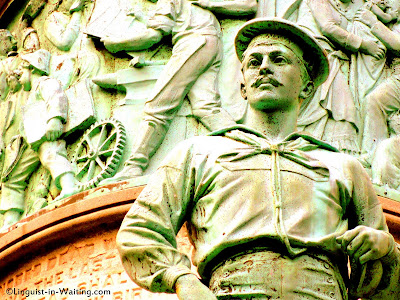 Finally, there's Lafayette Square, where a huge pillar sits in the middle. There are plenty of images that are carved around it, but I just don't know what they represent.

So this is the first part of my pictures from my downtown walking tour. If you want more details about this walking tour, you can always visit the original Walk Buffalo website, where I gathered my information.