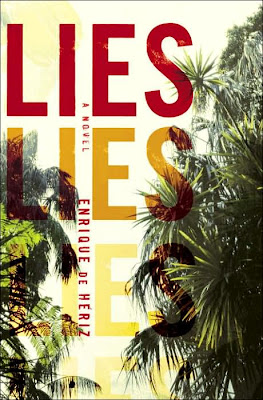 An edited version of this article was first published as Book Review: Lies by Enrique de Hériz on Blogcritics.org.

This book is the story of Isabel Azuera, who is an aged anthropologist, and her family. At the age of 69, she suddenly announces to her family that she is heading to Guatemala. While in Guatemala, an accident happens, and it is reported to her family back in Spain that she is dead.

However, it is clear from the outset that she isn't: after all, she is one of the two narrators of the book. There has been a case of mistaken identity, but if you're an anthropologist whose field of study is funerals and death rites of various peoples around the world, wouldn't faking one's death be the perfect etude for studying how one's family reacts to one's death?

So yes, Isabel is dead, from the perspective of her family, but in reality, she is well and alive in Guatemala. The other narrator of the book is her daughter Serena, who is dealing with the death of her mother, in addition to her own lies. As the book unravels, with the narrative being bounced from Isabel to Serena and back, the reader discovers the various lies that were made to sustain the whole family. And somehow, in the course of the novel, the reader (in this case, me) is made to reconsider whether lying is really a bad thing or not.

There are plenty of lies that are discussed in this book: the alleged death of Isabel Azuera is just one of them. Did Pablo (Isabel's son) really see the remains of her mother in Guatemala? Did Julio (a painter, and Isabel's husband) really paint the Russian woman who was their neighbor in rural Spain? Is the Russian woman really Russian? There are plenty of stories in this book, stories that surround the family, stories that are elevated to the status of legends, and truth be told, one will wonder whether these are truths or fabrications as well.

Needless to say, I enjoyed the book. I should say, however, that the beginning was a little disengaging. It took a while before I looked forward to turning the page. It was a slow starter, but after a few dozen pages, and I was hooked. I am seeing a pattern with these Spanish novelists: most novels I read from Spain are dense, complex, and have the ability to make me think twice before moving on. Carlos Ruiz Zafon's Shadow of the Wind and Enrique Joven's The Book of God and Physics are just a few other books that come to mind. And yes, I seem to be reading quite a few philosophical novels recently. This is the second novel that made me question the veritability of truth: the first one was Life of Pi by Yann Martel.

So yes, I have a favorable impression of this book. It made me think, and it made me appreciate the things I take for granted. I give this book 4.5 out of 5 stars. 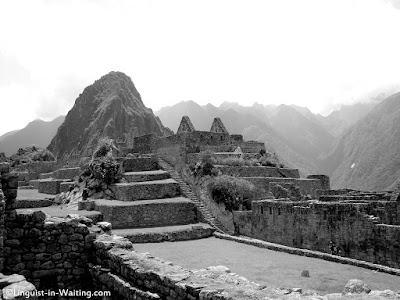 (The View, from my Machu Picchu Series)