A few weeks ago, I was in New York City, and my sister and I decided to see a play. This time, we picked Ch'ing·lish, which is a play by David Henry Hwang, running on Broadway.

I should say, in this play, there is no such thing as lost in translation. The play is bilingual, spoken in English and Mandarin Chinese, with English subtitles. And having a background as a linguist, I am very much amused at the things that are said, especially by the foreigners who mispronounce the Mandarin tones (my fifth aunt for I love you), and the Chinese translators who do not have a good grasp of English, uttering bizarre nonsense.

So what is this play about? It's a comedy, truth be told. The plot revolves around Mr. Daniel Cavanaugh, from Ohio, who decides to go to a relatively small city in China to do business. He tries to sell his business to the local government official, but then he gets entangled with the various "relationships" that are quite pervasive in Chinese society. In the end, he turns out to be just a man who happens to be lucky, and in the correct place at the correct time, as it is revealed that he is just another small player in a larger political board game. That's all I can reveal for now.

I am also impressed at the set. There are rotating sets, automatic moving chairs, and so forth. It was definitely Broadway standard. Needless to say, we were on the second row, whose tickets sell for about 120 USD. However, thanks to the Theatre Development Fund, we got our tickets for just 36 USD each. Boom! 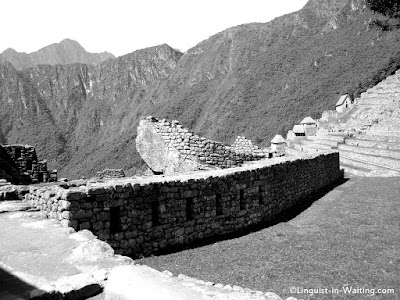