A few weeks ago, I was in New York City to visit a few consulates. I had to get a stamp from one consulate, saying that I do not need a visa to enter. In addition to that, I had to get a German visa in order to enter and give a talk in a conference in February. That made me think of the various consulates and embassies I have been to, and how different they can be.

I've gotten plenty of visas before. I haven't been denied yet, which is great. I stick to the real story, I read the requirements, and make sure every piece of documentation is in order. Actually, I almost failed at that for Germany: I took a picture, but I totally forgot to bring it, which meant I had to get a picture taken at the last minute. Whew!

I think the US visa application is the most complicated. It also is the most hassled one. And it takes a lot of time. I had several US visas before, all of them from the Embassy in Manila. My appointment there usually is early, like 7:00 AM, and yet I had to be there by about 6:00 AM. You cannot bring electronic devices, even cell phones. You can't even take them into the compound.

I have had several Schengen visas before. I got an Austrian visa in Manila, a Danish visa in New York City, and now a German visa. All were relatively painless. The interviews were more like chats.

I got a Taiwanese visa from Manila. That was easy. No interviews, just turn in the paperwork.

I also have had several Canadian visas. The funny thing is, all of those are multiple entry visas, add to that the fact that I live next to the US-Canada border, so most of the instructions in their website don't apply (I don't provide where I stay, I am not expected to account for my means of support for all the months I have valid, etc).

I got a Chilean visa. That was easy, but the only annnoying thing is that they don't mail your passport, so I had to go back to New York City a second time to pick it up.

Perhaps the most traumatizing visa event was when I got a Czech visa. It was my first time heading to New York City to get a visa. I had a passport, which was defective. I found out that it was when the visa officer was flipping through my passport, and suddenly my picture came out and got detached from the passport. I had to run to the Philippine Consulate so that they can issue me a new passport, which I carried to the Czech Consulate a second time. The good thing was that that was back in 2006, when the Philippines weren't issuing biometric passports yet, which meant that I could get a new passport within half an hour. Now, getting a new passport takes a few weeks. That would have been devastating. But then, the current passport is better, more durable, and more swanky.

So there. Being a Filipino means that I need to get visas in order to go to plenty of places, but for the most part, I have been successful in getting them. I do not understand the mental panic that most Filipinos have, as I have heard stories about how difficult it is to get visas here and there. But in my experience, it's always been approved. If one has a legit purpose for visiting, then it'll be fine.

That being said, I have been to places that do not require visas for Filipinos. I have entered Ecuador, Peru, Colombia, and Mexico with getting a visa from them. So yes, it's not a bad thing to be a Filipino, travel-wise. There are less privileged citizens out there. 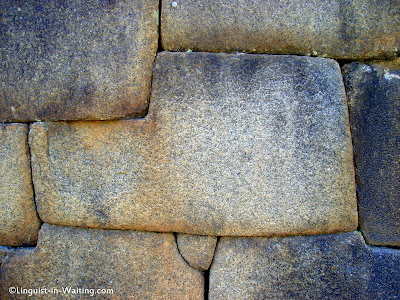