Growing up as part of the diplomatic corps is a unique experience. One gets to live in various places, and see various things. One gets immersed in local culture, and learns to speak other languages. That has been the story of my childhood, where I was usually behind the counters and behind the scenes.

What do I exactly mean by that?

Well, just because one has a diplomatic passport doesn't mean one can go to anywhere freely. We still got visas to enter Japan and the United States, when my father was stationed there. But we children never got to line up and do the whole process. Someone did it for us. We were just waiting at home, for our blue diplomatic passports to be stickered with a diplomatic visa for the countries that we would be assigned to. No hassles, definitely. And for the most part, these are gratis too. A note verbale would take care of that.

Now that I am grown up and not part of the diplomatic corps anymore, I still travel, but now I am on the other side. I don't have diplomatic immunity anymore. And since I am older than 21, I cannot join my parents and have diplomatic status as a dependent anymore. The Vienna Convention decreed that. Thus, whenever I would be visiting my parents for example, when they are assigned to a post somewhere, then I would have to get my own visa.

I have visited several embassies and consulates in the past, and everything seems to be different. Of course, every embassy or consulate is a variation of an office, but how it is set up, is usually different that it constantly amuses me.

First, let's start with the US Embassy, in Manila. I have gotten several visas from here in the past. They want you to make an appointment, which is done several weeks in advance. You also pay the visa fee several weeks in advance, so you don't carry money to the embassy. What you carry instead is the proof of payment. The interesting thing is that if one's appointment is at a certain time, one still has to show up about 1 hour earlier. There's security, and one cannot bring any electronic devices into the compound, even mobile phones. Then one waits in the waiting room, until one's number is called. Actually, the last visit I did showed significant progress. I guess there's just too many people wanting to go to the United States that it really is congested every time. At least things are improving, so people don't have to line up for hours outside of the compound.

Now that that is out of the way, all the other embassies and consulates seem easy.

Actually, the first embassy visit I did was back in early 2005, before I went to Austria, Italy and Greece after my graduation. My parents were stationed in Vienna at that time, and we were visiting. My sister has dual citizenship with a country who doesn't need a visa to enter Austria, but I did. So I went. They had several requirements, and one that stood out the most was the insurance requirement. This was my first venture into visa application on my own, so I didn't know what to expect. When I got there, there was nobody, no lines, and a Filipino took my papers. He never said anything, he just received my papers, and told me to expect a call after about 10 days. When I got the call, the person said that my passport can be picked up, and when I asked whether it was approved or denied, he wouldn't answer. So I went to the office, and fortunately, it was approved.

After that Europe trip, I went to the Taipei Economic and Cultural Office, which is the de facto embassy of Taiwan, as I had to attend a conference. That was easy. An office building with several windows, I just lined up, gave them an application form, paid the fee, and was told to come back a few days later to pick it up.

I sense a uniform setup when it comes to EU embassies. My Czech consulate visit in New York City in 2006, my Danish consulate visit in 2008, and my German consulate visit last year all had the same feel. For all instances, there's not a lot of people, no lines at all, and the process was straight-forward. No interview whatsoever. All the questions that were asked were simply for the purpose of my trip. Questions like why I am going, where I am staying, travel-related questions like that. Not like the questions that I get in the US Embassy, like questions about my field of study, about what findings I am getting in my lab, and so forth. But then again, that's the United States, and that was a student visa I was applying for.

Oh, Germany had a metal detector, but the Czech Republic and Denmark didn't.

When I applied for a Chilean visa in the summer of last year, that was quite interesting too. Once again, not a lot of people were applying for visas, and the Consul was the one who actually spoke to me. He even offered me coffee.

My Canada visas were applied for in the Canadian consulate in Buffalo. Located in the 16th floor of the HSBC Tower, I had to show my passport to the guard downstairs, then enter the room and wait in line, and wait for about 1 hour, and then my passport would be released with a shiny Canadian multiple entry visa valid for the whole year.

My latest visit to an embassy was to the Guatemalan Consulate in Park Avenue, in New York City. That was quite confusing. Americans don't need a visa to visit Guatemala, and for Filipinos, I don't need a visa either, as long as I have a valid US visa (which I do). However, the person I talked to on the phone recommended that I visit their consulate and get a stamp on my passport which states that I am exempted from the visa requirement. So I did that. I submitted my passport in the morning, and was told that I can pick it up the same day after 3 PM. But when I entered the consulate, there was a huge line, of Guatemalans. Apparently, they were applying for new passports. The consulate was located in a Victorian mansion, and there were no windows where one can go up to and conduct business. There was just a single room that was open to the public, where all the staff are sitting at their tables, and the Guatemalans were lined up to enter that room. There was also a large waiting room outside. No signs, however, so I didn't know where to go. At first, I figured that it would take a long time, because the line to enter the room was long. However, I decided against waiting in line, and popped my head into the room. A lady asked what I needed, so I told her, and she took my passport and told me to come back after 3. When I came back at 2:30, there wasn't a line anymore, and the place was empty except for a few staff. They gave me my passport back with a stamp in one of its pages saying I can enter the Centro-America 4 (El Salvador, Guatemala, Honduras, and Nicaragua) without a visa.

So those are my embassy and consulate experiences, so far. I wonder where I would find myself applying for a visa next. 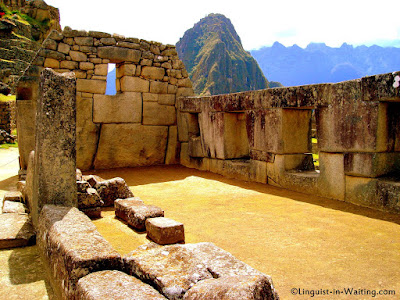