When I was in Toronto a few weeks ago, I decided to visit a Hindu temple. It happens that the largest Hindu temple in Canada is just near the Toronto airport. So, armed with my day pass, I decided to take my camera and pay it a visit.

After two hours of a bus ride, I finally reached it. It was wonderful. 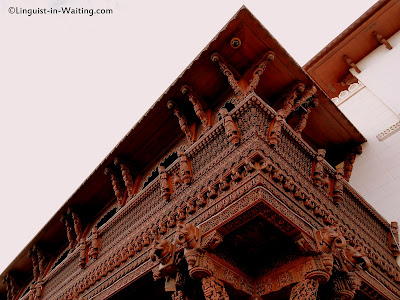 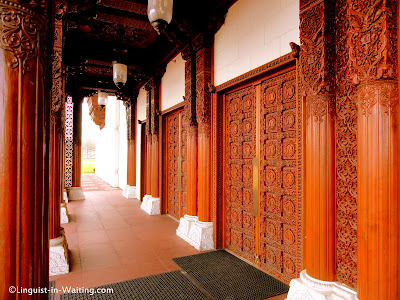 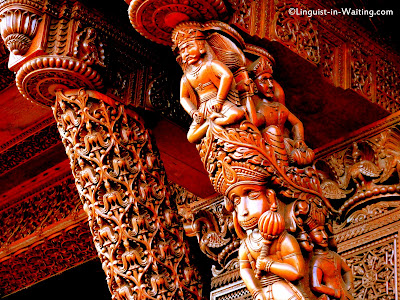 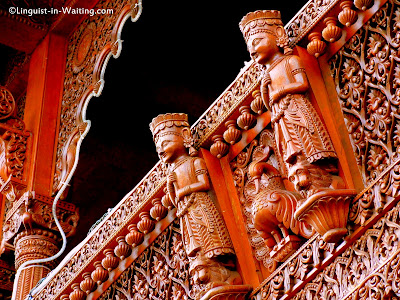 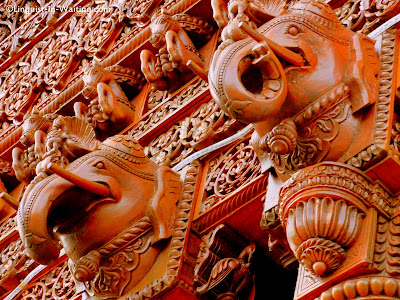 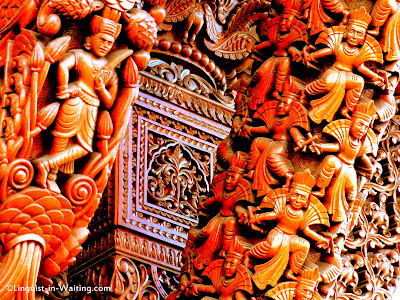 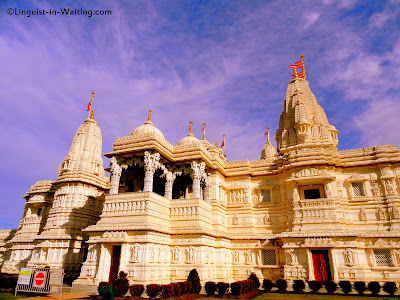 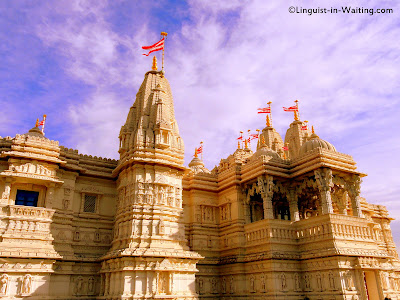 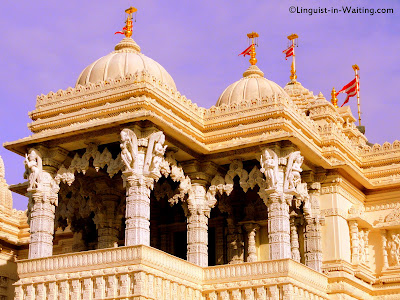 The marble portion is the bigger one. Entry is through the wooden portion, and one needs to take one's shoes off. Inside, photography is not permitted, but outside, it is okay. The interior is as majestic as the exterior, but the only thing I didn't like was the fact that there were rotating multi-colored lights inside. I didn't like the effect, as it felt like it was artificial. It felt like a temple with a nightclub inside. 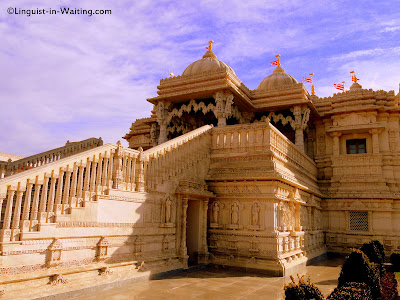 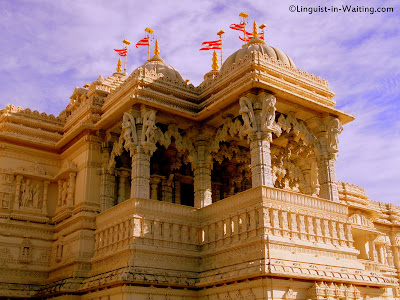 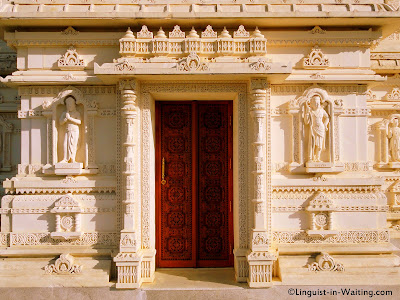 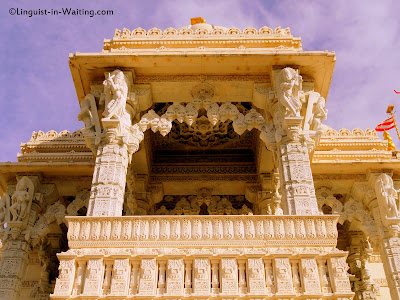 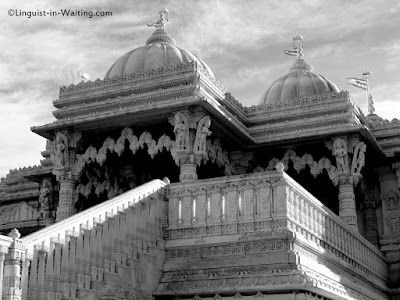 I had a hard time taking a picture of the outside, as the sun was directly in front of me. Hence, I couldn't take a decent front-facing shot of the building. However, I guess I was still able to capture the intricate details of this building, which, perhaps, in my opinion, is one of the most intricately-designed buildings I have seen so far. 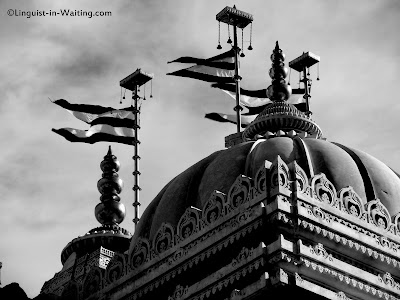 And this, is my most artistic photo in this set. I hope you enjoyed it.