The last time I was in Toronto, I visited a Hindu temple, and in conjunction with that, I also visited a cathedral. It's funny that an atheist would visit these religious sites, but honestly, I find it fascinating to observe people so devout in their religious beliefs, that I find myself sitting there, observing them to no end.

Needless to say, I brought my camera with me. And I took pictures. 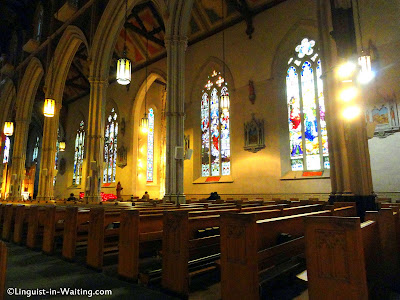 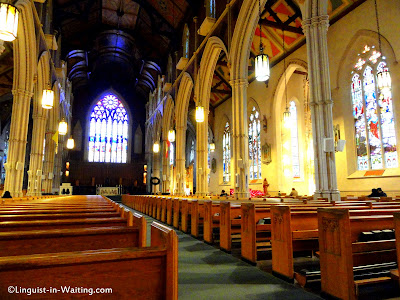 This is a huge church. Apparently, it has a capacity of 1600, and this is the Roman Catholic cathedral of the Roman Catholic Archdiocese of Toronto. It was constructed in 1845, and is one of the biggest churches in the city. It is located in Toronto's Garden District. 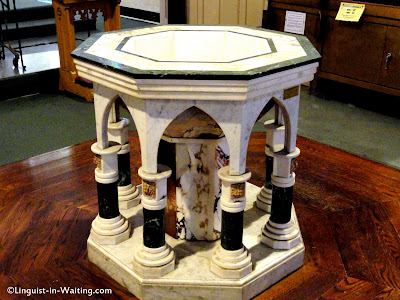 When I visited, they were doing renovations outside, so I wasn't able to take nice pictures of the exterior, but the interior was fair game. There were plenty of things that I just had an idea what it was for, but for most Catholics, they would definitely what it was. One example is the marble bowl I have above. 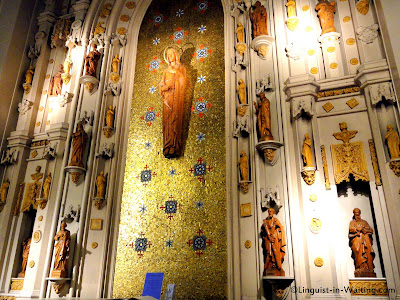 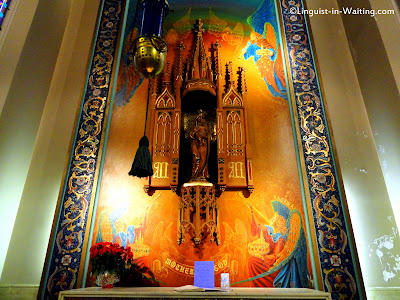 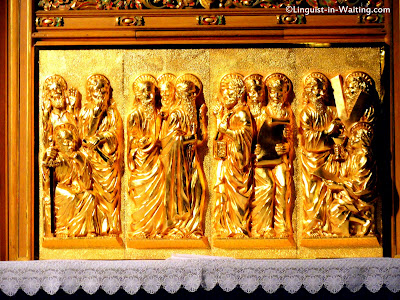 There's plenty of religious iconography inside, as expected from a religious building. I really don't know the function of religious icons. Is it to remind people what their Gods look like? I have an idea that that is incorrect, but from a secular point of view, to some degree that makes sense. 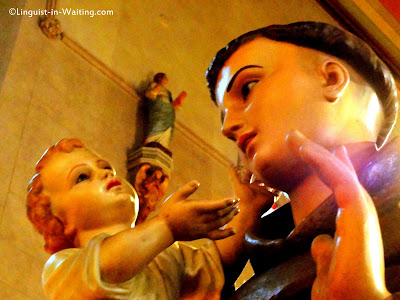 This photo is a favorite of mine. A little blurry, these chubby statues seem to be basking in a tender glow. 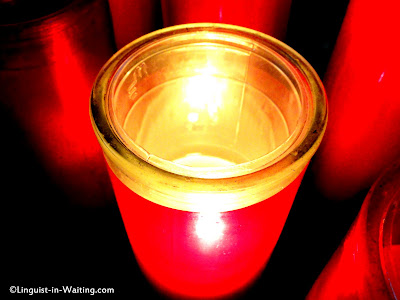 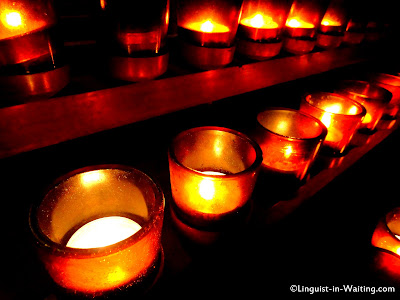 And speaking of glow, these two photos above are my personal best. I tried to be artsy and shoot a photograph of the numerous candles I have seen inside, using interesting angles. I actually like the end result!