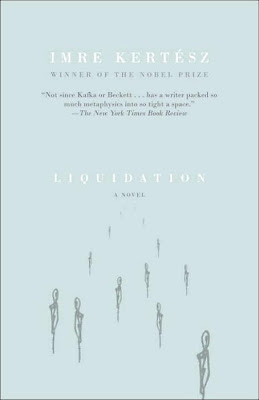 An edited version of this article was first published as Book Review: Liquidation by Imre Kertész on Blogcritics.org.

Have you ever wondered what a metaphysical novel would be like, in just 120 pages? If so, then read Liquidation, because this is one.

This novel is a story that revolves on a few characters that are inter-related. There's the writer B (Bee), who commits suicide. His close friends are shocked. And the novel actually focuses on how each of his friends deal with the loss. Kingsbitter goes on a mission to uncover the "lost novel" that he thinks great writers like B should leave before committing suicide. Other characers like Sarah and Judit slowly are revealed to be interesting figures that have sexual liaisons with the other folks in the novel.

Given that the novel is just 120 pages long, not a lot of action happens in the narration. Instead, the book lets the reader's brain fill out the missing parts. Why for example is Kingsbitter so convinced there there is a missing final novel? Why of all people, does he pick Judit as the likely candidate to hold the allegedly missing final novel? Additionally, what is the motive behind Judit's choice to constantly supply B with morphine?

There are plenty of unanswered questions, but this is actually a good thing. It engages the reader into the novel, treating the reader as one more participant in the drama that envelopes these characters.

And in another neat trick that this book has, the book actually is a play within a book. The book opens by introducing Kingsbitter, who "discovers" a manuscript for a play. The play then is read, by Kingsbitter (and the reader) and narrates the dynamics between the characters.

I haven't read much Hungarian literature. I have read Love by Péter Nádas before, but that was about it. I remember that book being very concise and short as well, an etude about love and its many forms. It seems that Hungarian writers have the ability to write short, yet to the point.

Overall, I liked this book. It hasn't given me a great story to ruminate or tell my friends, and the characters aren't memorable, yet the novel is remarkable in that it tackles philosophical issues in the guise of a novel, and during the few hours I spent reading it, it made me step back and think for a moment about human complexity. 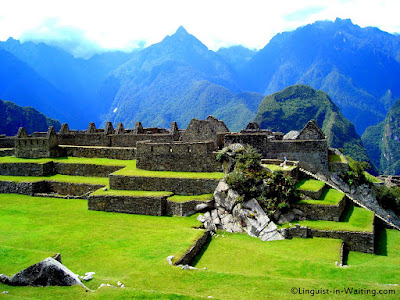 (Perfection, from my Machu Picchu Series)