One of my last out-of-town trips I did before 2011 came to a close was when I went to New York City for a half-week visit to my sister. I also had a few errands to run, visiting some consulates for visas. But I still found some time to get my camera out and use it. That was when I decided to visit the Eldridge Street Synagogue.

The synagogue is actually located in the Lower East Side, near Chinatown, a block off Canal Street. Thus, there are plenty of diverse people walking around. This building started as a synagogue, but apparently, the congregation has been dwindling, and so in order to support the building, they also opened up as a museum. When I visited, it was a Monday, so it was free. I had the option of joining a guided tour, but since I was a little pressed on time, I decided to just explore the place on my own. Regardless, they let me borrow a brochure that I could read while I was there, so that I had an idea what it was I was actually looking at.

Although I have to say, that I was more intent on taking photos. And given the beauty of the interior, I was quite captivated, that I immediately took my camera out. 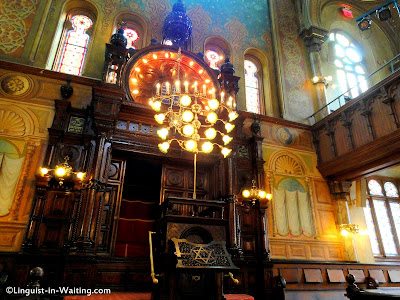 This is how the front part of the synagogue looked like. My first impression was that it looked like any random church, until one sees the Star of David and other Jewish imagery. 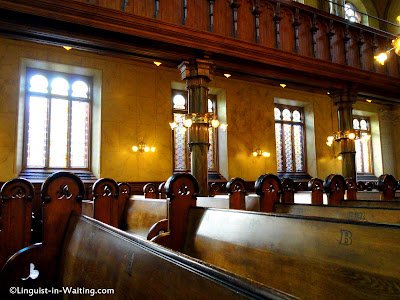 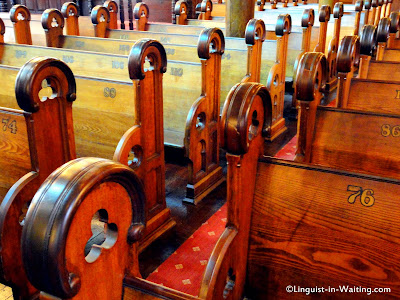 I liked non-Euclidian geometry in my pictures. That's why I always try to get interesting angles with the rows of chairs, for example. Somehow, that wide semi-circle features quite well in this synagogue. It's evident in the designs of the chairs, the windows, and even the arches. 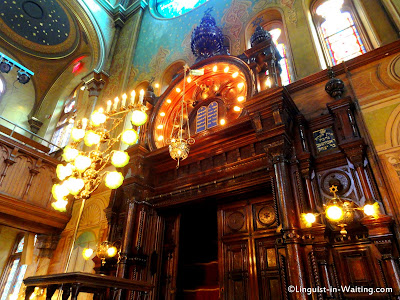 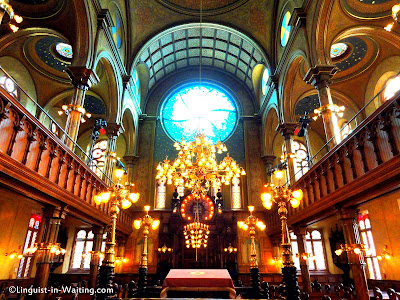 I like the general color scheme of the synagogue. Gold features a lot, which makes for a very solemn and sacred place. 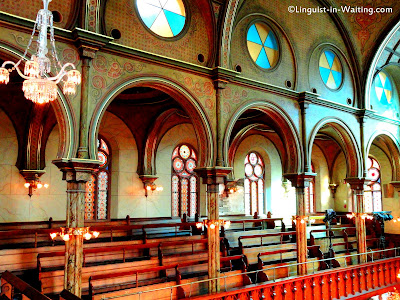 There's actually two levels in the synagogue. One can sit at the ground floor, or one can sit upstairs, in these chairs. 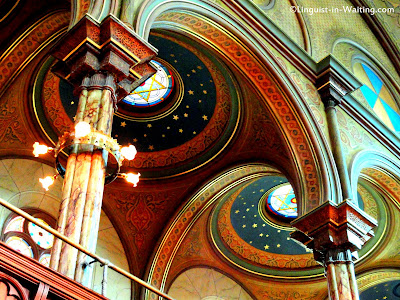 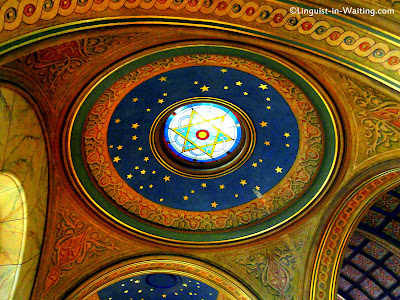 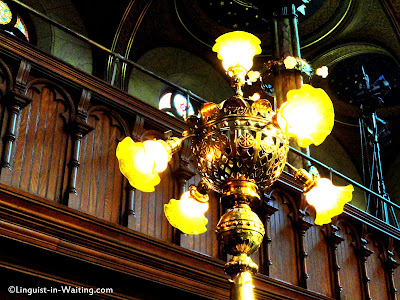 Finally, a curious shot of a lamp.

So here's my latest corner of New York City that I explored. I suppose that since I have been to New York City for quite a bit now, the things I explore are usually these little things that is not usually in the tourist radar. We'll see where I end up next the next time I am there.