I haven't been to any Mayan site before. Thus, I only had an idea of what to expect in Copán. Heck, I just arrived in Guatemala, and here I am, in another country, exploring a Mayan site.

Yes, Copán is one of the first sites I have visited upon embarking on this trip. The very first thing I saw was the macaw preservation site, and the next day, I took a tuktuk and went to Copán. 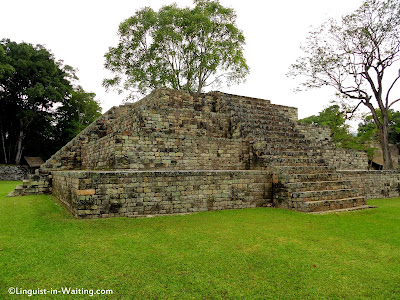 This is one of the first things that a visitor will see in Copán. Somehow, platform structures like these feature a lot in Central American archaeological sites, as I remember seeing plenty of these in Teotihuacan in Mexico as well. 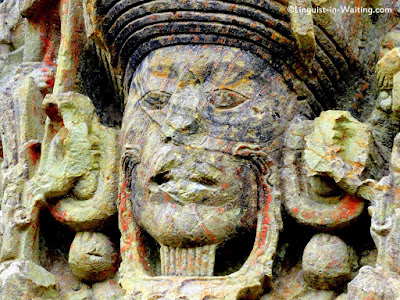 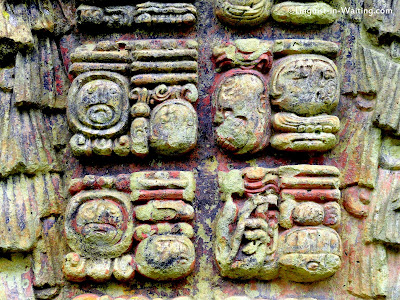 The main thing that stands out here is the sculpture. There are just plenty of sculpture here, depicting many things, but mostly its most fancy schmancy ruler, Eighteen Rabbit. There are plenty of hieroglyphics that depict his face and his name, and he even built several stelae and altars depicting himself. He is quite a character. 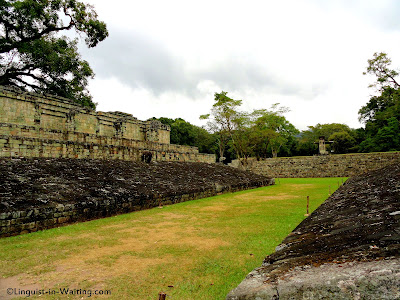 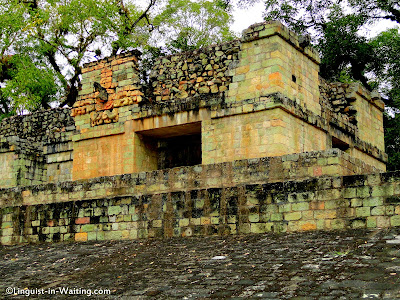 Almost every Mayan site has a ball court, and Copan is no exception. This is their version. Players attempt to hit a rubber ball against the pillars on the side, and the best player is said to be sacrificed to the gods. 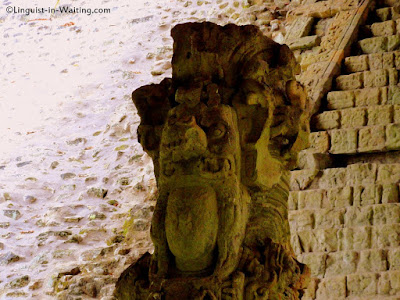 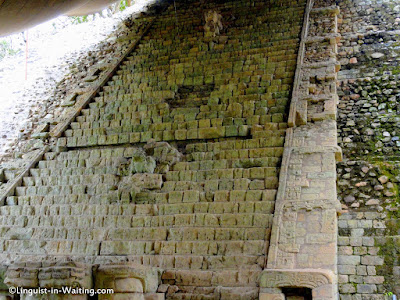 This is the stairway to heaven. There are depictions of several rulers on the hieroglyphic staircase (yes, every piece of that staircase is a hieroglyph), and older rulers are placed at the top, as they have been deceased for a longer time and thus closer to heaven than the younger ones. 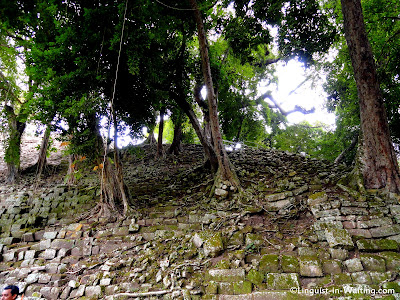 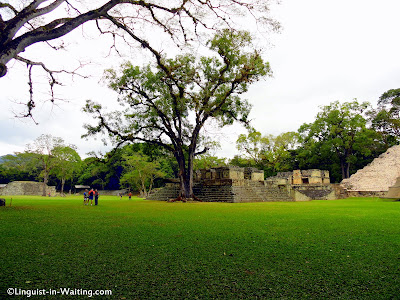 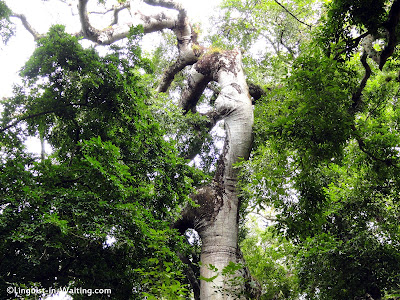 Copan made a green impression on me. There are plenty of trees and wildlife as well. The trees that have overgrown the bricks remind me of pictures I have seen of Angkor Wat, although, not having been there, I cannot know for sure. And of course, one cannot miss the gigantic ceiba tree, which according to the Mayans, is the tree that links heaven, earth, and hell. 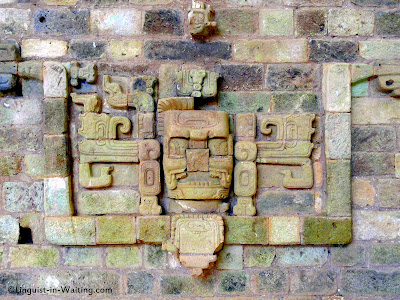 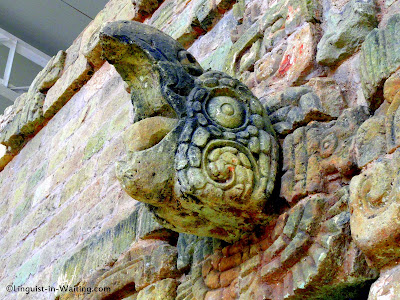 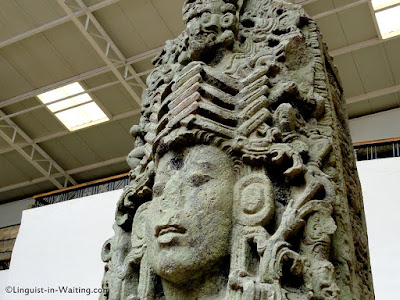 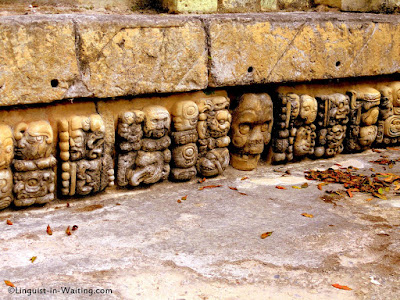 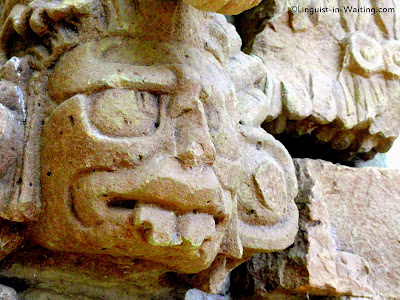 I mentioned earlier that Copan is filled with Mayan sculpture: well, here are a few sampling of them. The good thing is that they built a museum next door, which houses the real ones, so that the ones you see outside are replicas, but they are very true to form. 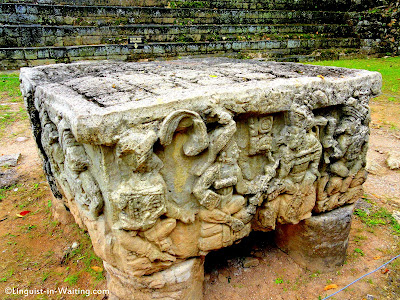 This is Altar Q, which is one of the more prominent and famous pieces in the site. This depicts 16 rulers passing a baton to the one after him. In essence, this is a piece of Copan history: one ruler rules the city, then passes the baton to the next ruler. 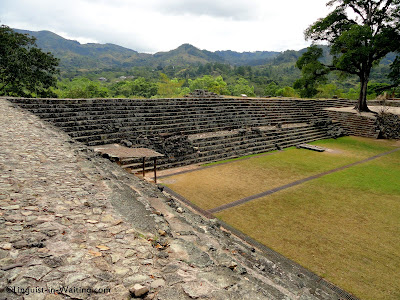 This is a plaza where dancing monkeys are found. 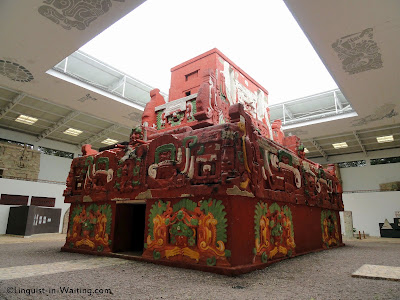 Finally, this is one of the most interesting features of the place: the Rosalila Temple, which is simply beyond words.

So there goes my first Mayan site. I think I liked it, and so I went ahead and sought some more.