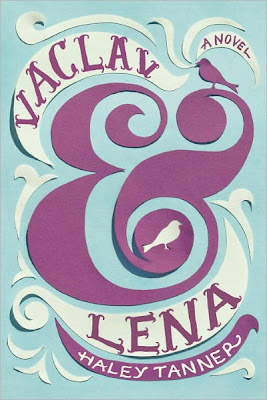 An edited version of this article was first published as Book Review: Vaclav & Lena by Haley Tanner on Blogcritics.org.

A Russian immigrant boy who wants to be a magician meets a Russian immigrant girl who has a dark and violent past. They hit it and become friends, and then get separated for 7 years, then they find each other again. This is a story of resilience, and the amazing capability of humans to grow and heal, no matter how much they get hurt.

So this is the story of Vaclav, a young boy in grade school, who is an immigrant from Russia, living in Brooklyn. He lives with his parents, Rasia and Oleg, who are direct transplants from Moscow. Their lives revolve around borscht, boiled cabbage, and vodka. Their life seems to be the life of every other Russian there is, with the exception that they live in Brooklyn. Vaclav is a quiet boy, perhaps due to the fact that his English isn't that good.

Enter Lena, who is the same age as Vaclav, and is introduced to him by their respective parents in an attempt to bond them together and release both children from their invisible shells. And it actually works. It works quite well, actually, that they form a friendship that would last them many years. They share secrets, they share plans, they share goals. All of this starts when they both decide to sneak from their parents and watch a magic show in Coney Island. This constitutes the first part of the book.

However, tragedy strikes, and for some reason, Lena is taken away by social services, and Vaclav loses a friend. Both people are devastated. Fast forward to 7 years later, when both are 17 years old. Vaclav is a popular kid in school, handsome, and every girl's crush. Lena has a foster parent that actually loves her. And during Lena's 17th birthday, she decides to call Vaclav's number, and someone actually picks up the phone.

The third part of the book narrates what happens when they both meet again. It must be a weird experience to see a close friend after 7 years of absence. It's as if there's a void in between that both parties need to fill in. And yet Vaclav and Lena discover that they are both still the same persons: they make plans, they share secrets, they have the same goals. Things might be on a larger scale, but in essence, they are still the same. 7 years before, they planned on having a magic act, now they plan to go to Russia.

Structurally, this book isn't your regular fiction, with a plot, development, and resolution. Instead, it feels like this book is a snapshot of the lives of these two people. It's as if the reader were a voyeur taking a peek into the lives of Vaclav and Lena, when they were together when they were little, when they were separated, and when they found each other again. The book tackles some serious issues, such as death, drugs, and domestic abuse, and yet it does it in a way that is comic and heart-warming. After all, kids will always be kids, innocent and carefree. And for the most part, this book takes the kids' perspective in the narration.

One important lesson that this novel conveys to its readers has something to do with the notion of truth. Which would be better: to know about the truth, when the truth hurts? Or to know about a fantasy, when knowing a fantasy allows one to move on and forget the hurtful past? Different people obviously have different opinions on this matter, and usually, I am of the persuasion that I would prefer the truth, no matter how much it stings, and yet I find myself taking the opposite point of view as I read this book.

Overall, I think I liked this book. This novel might be considered as chick-lit, but I think it oozes with child-like innocence, rather than estrogen. It is a wonderful study on human nature, and paints a picture that is full of hope, sending the message that humans can be resilient and will recover, no matter how much hurt and pain one might have experienced. 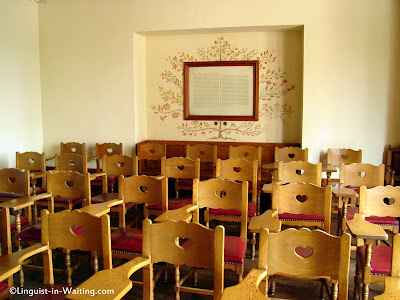 (Chairs with Hearts, from my Cathedral of Learning Series)