When my conference in Tübingen was done, I headed back to Stuttgart. It was a weekend, and therefore I took advantage of the Baden-Württemberg Ticket. This is a special ticket for Deutsche Bahn, allowing you unlimited access within the whole state of Baden-Württemberg, for only 21 EUR. So, I took all of my stuff from Tübingen, headed to Stuttgart, dropped them off in a luggage locker, and took the train again to Ulm, for a daytrip. Later on, I would return to Stuttgart, pick up my luggage, and check into my hostel. Anyway, before that, I headed to Ulm to check out the Ulm Minster, which is the tallest church in the world. 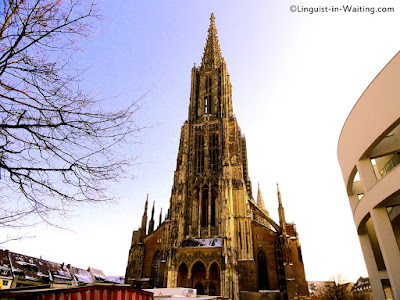 I got off the train, and followed the crowd. There was a shopping street that I had to walk, and after one minute, I saw the tallest building in the area. What I saw looked like the picture above, as the steeple reveals itself as I got closer. 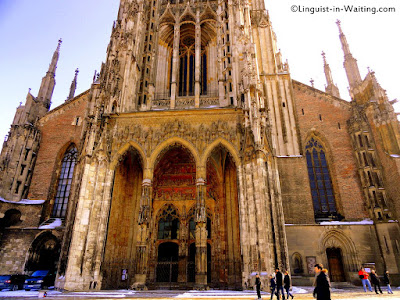 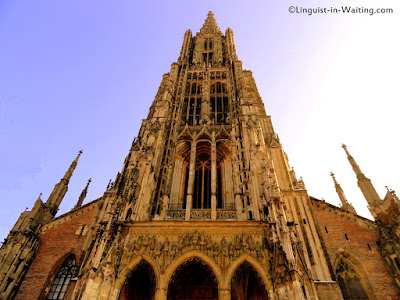 It was huge, really. I couldn't fit the whole thing in my viewfinder. If I would, then I would have to lie down at the floor and attempt it. 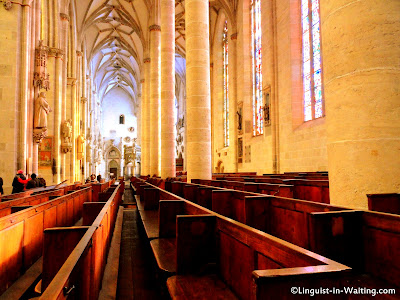 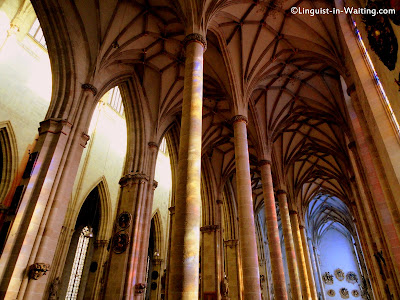 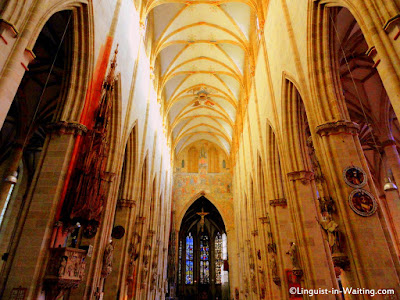 The interior matches the exterior too: tall ceilings and long pillars. This is a church that was started in the Gothic period, and only completed in the 19th century. It was a fortunate thing that no bombs fell here during World War II. After all, it's a majestic piece of architecture. The steeple is the tallest in the world, according to the Guinness Book of World Records. It has 768 steps, and one can attempt to climb it, for a fee. I would have wanted to, except that it was winter, it was quite cold, and because of the cold, they closed the upper part, that all 768 steps were not accessible at that time. I guess I'd attempt it during the summer instead. 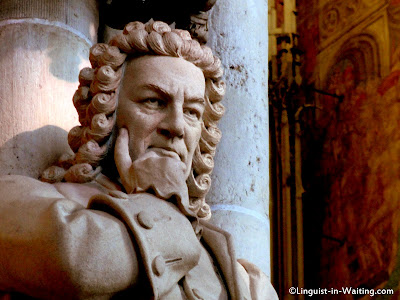 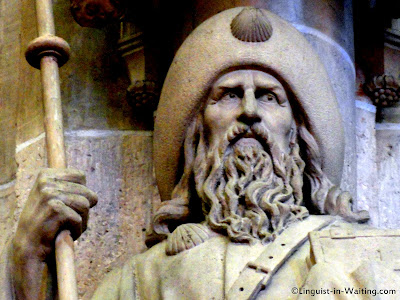 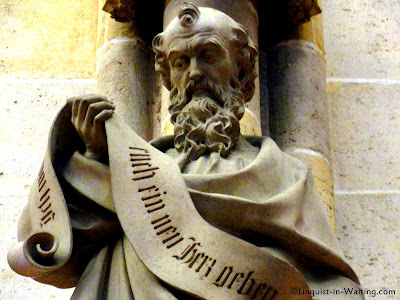 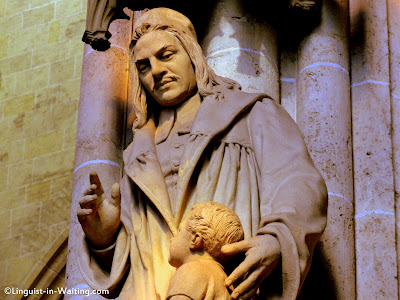 There were several statues inside, including people who were not really saints, such as Johann Sebastian Bach. The other people I didn't recognize. 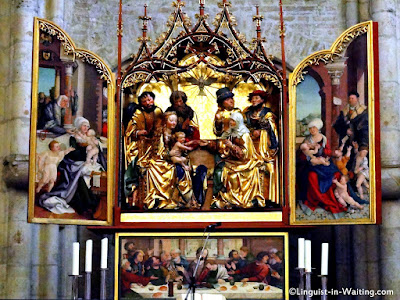 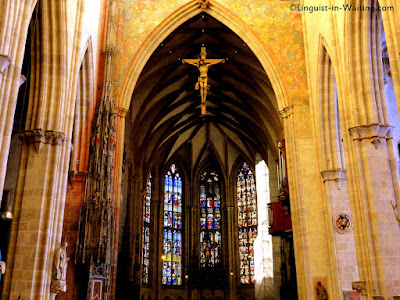 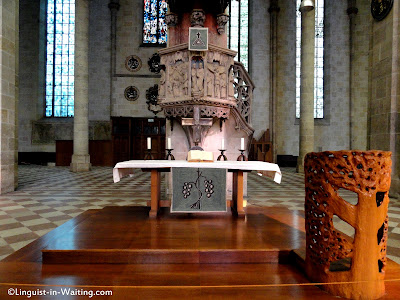 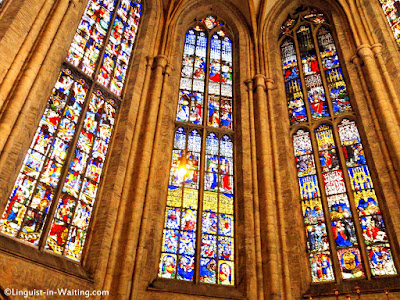 There are other interesting pieces of art inside, such as a quirky podium, a 3-dimensional triptych, and the wonderful stained glass treatment. 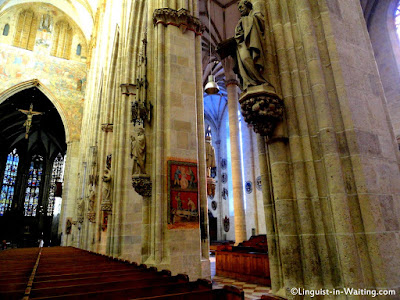 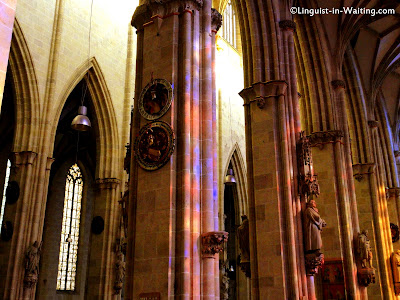 Overall, I think I spent an hour, meandering around the tall pillars and admiring the art and architecture of this place. After that, I went out, braved the cold again, and ate some curry wurst at the plaza outside.