So I landed in Guatemala City on January 11. But it was only until January 14 that I saw something in Guatemala. The reason for that was I immediately went to Honduras first thing, and spent 2 nights there. But on January 14, I went back to Guatemala, and decided to spend a few hours in Esquipulas as I was waiting to catch a bus to Flores.

The thing is that I made my visit coincide with a big event that is happening in town, the Fiesta de Cristo Negro, or for our monolingual English readers, the Feast of the Black Christ. It happens every January 15, but even with the day before, there are already tons of events that are set in motion. 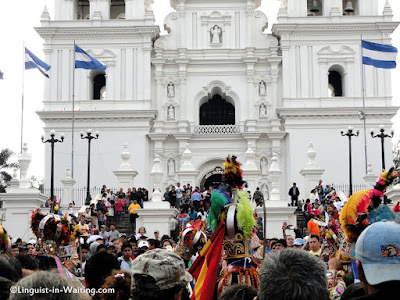 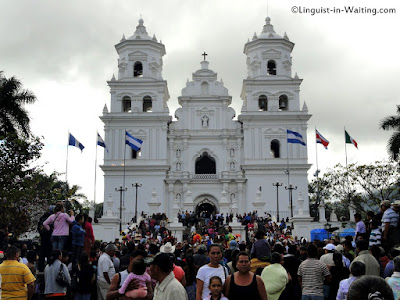 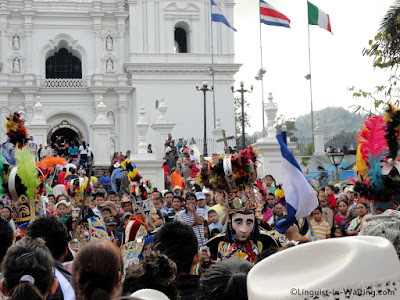 First, let me show you the crowds. There is a big crowd. There's a huge line that snakes through the park in front of the church, of people waiting to go inside the church and view the Black Christ. I first thought of joining them, just to see what it was about, but then I had my big backpack on my back, and there wasn't a place to leave them, so I abandoned that idea.

As you can see, there's several things going on. There's these large puppets that are doing some performance in front of the cathedral. 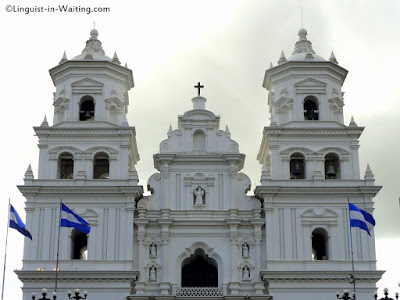 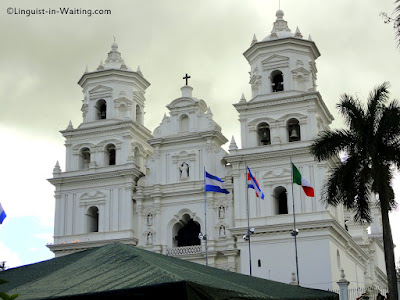 The flags of several Central American countries are flying in front of the cathedral, and yes, there are several pilgrims from the neighboring countries. It was evident since I have seen plenty of vehicles with registration plates from El Salvador, Honduras, Nicaragua, and others.

In the second picture above, you can see a tent, because the pilgrims are so hardcore here, they even make tent cities, as they camp out in order to participate in the festival. 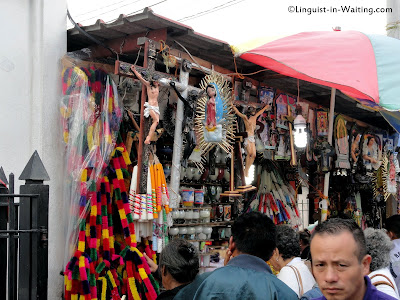 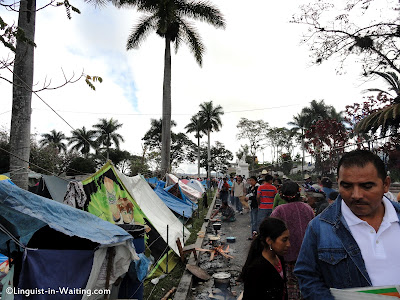 As you can see, there's plenty of religious kitsch to buy here. Amulets, prayer beads, rosaries, what have you, they have it on sale. And the next picture shows more about the tent cities and the pilgrims. I have seen them cook their tortillas right next to their tent. You can see on the picture the pots and pans that the pilgrims have in order to make their meals. Now that is devotion. 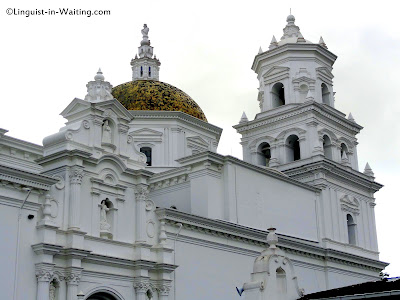 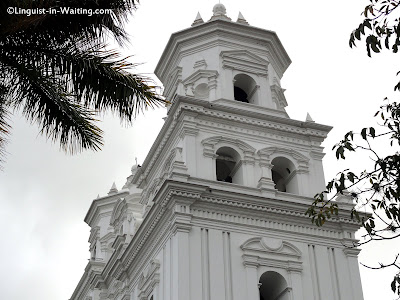 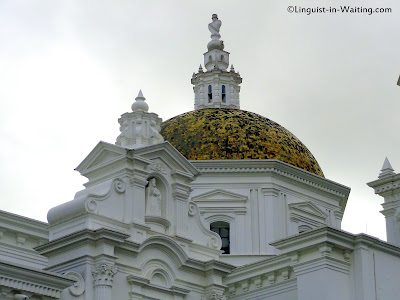 Finally, here are a couple of shots of the basilica itself. I couldn't get a full image just of the basilica, because there were simply so many people. This should do. It's this big white building that stood the test of time and earthquakes, that comes into view as people descend from the green verdant hills of the area. It truly is an awe-inspiring sight.