After spending some time in the blissfully quiet island of Flores, I headed south, and my destination is the town of Cobán, which is the capital of the department of Alta Verapaz. I decided I would stay here for 2 nights, as this is the adventure capital of the country. Plenty of hiking, trekking, and caving opportunities exist here.

I booked a shuttle bus the night before, leaving Flores at 8:00 AM. It picked me up from my hotel, and I then found myself with a group of very young Australians, about 5 of them; and a solo Finnish dude, who based on how he looked, obviously was on the road for quite a bit of time. The Australians were quite loud, laughing and giggling all the way, and the way they were dressed, it felt like we were heading to a Caribbean island instead. Anyway, I just plugged my ears with my headphones and things were good.

The trip took about 5 hours, and once I got into town around 3 PM, I found a hotel that was cheap, like 5 USD per night, and it isn't a hostel. Awesome! Immediately after that, I booked tickets to join a tour to Semuc Champey and Lanquin (which I will blog about next), two natural sites that just pump adrenaline into your veins.

So, what is this Semuc Champey? It's basically a series of freshwater pools on top of a raging river. Perhaps, it is the most beautiful natural scenery in the whole of Guatemala. But getting there is quite hard: it took an hour from Cobán on a minibus, and then the pavement stops. We then transfer to a pick-up truck, because the minibus cannot take us anymore. We need a four-wheeler. After 30 minutes, we got there.

The ride was quite strenuous. Oh my god, my ass hurt so much. I was on the back of a pick-up, with 4 Belgian ladies all about in their late 50s, and a thirty-something Korean girl. The 6 of us were bouncing up and down that pick-up. It was quite fun actually. After that grueling ride, paradise was sitting in front of our eyes. 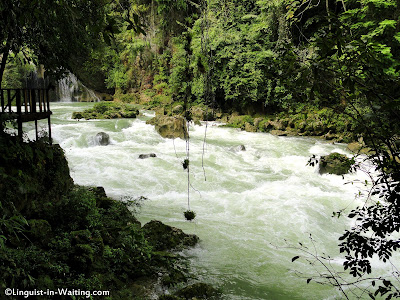 A small trail leads to the pools. The awesome scenery slowly reveals itself. 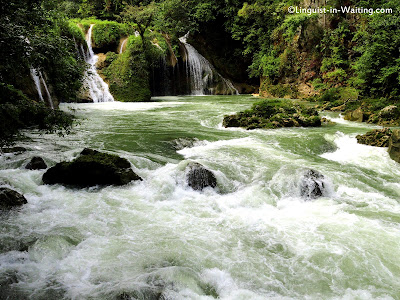 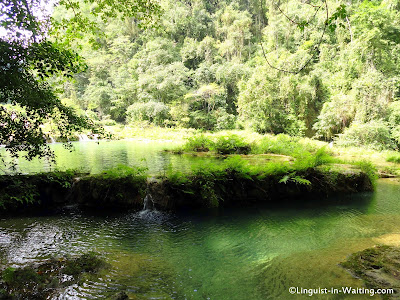 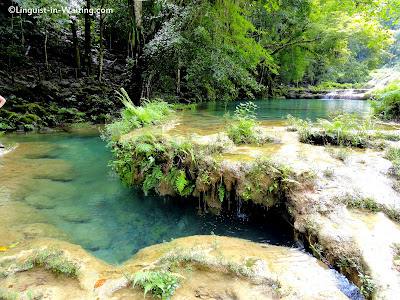 We continued climbing up, and finally we reached the pools. The water is crystal clear here, and warm too. The river water and the pool water doesn't mix, and while cold water gushes underneath, the pool water comes down from the mountains, and is actually warm enough to swim in, which is what we did. 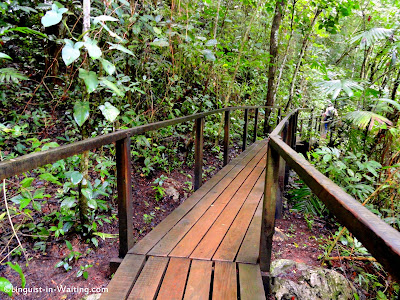 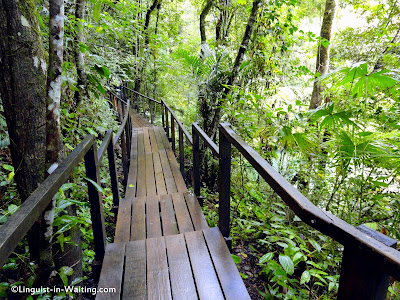 The trail is made of wooden planks that go up and down, as Semuc Champey is actually located in the middle of a valley hidden in the mountains. Later on, when we hiked to the top of the valley, we actually saw the full perspective. 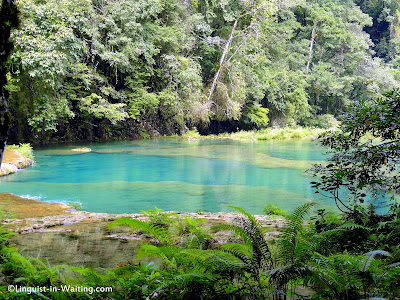 There's plenty of these crystal clear pools, and we swam, waded, and just frolicked, hidden in between the lush vegetation of the mountains. 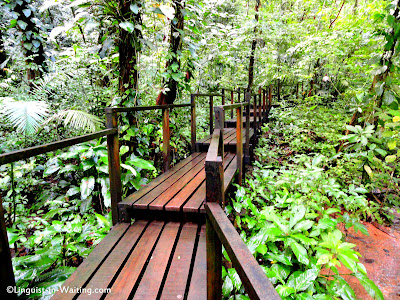 Later on, we climbed further. We decided to find the source of the river water, where it enters the underwater caves under the pools. 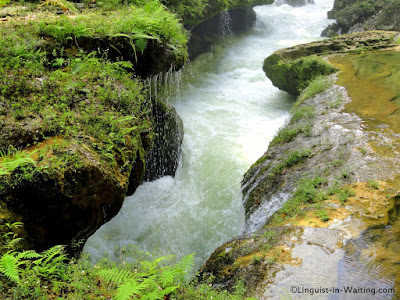 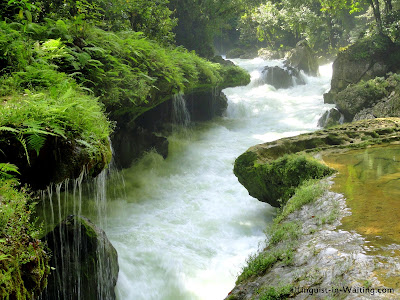 Finally, we found it. This is where the water goes underneath the pools. See how Bernoulli's principle is in effect: the hole is narrow, so the water goes faster. 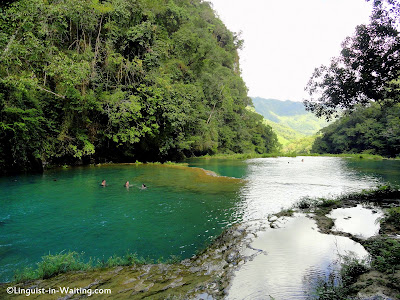 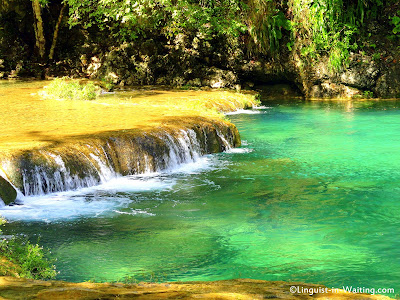 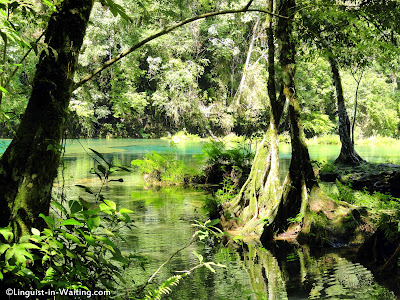 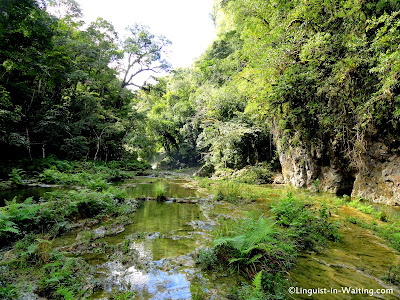 As you can see with the pictures above, the place was just so beautiful, we were content with spending a few hours there just having fun. We all brought a picnic lunch, so we frolicked, swam, ate lunch, and frolicked again. 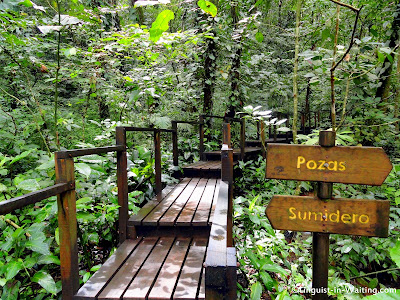 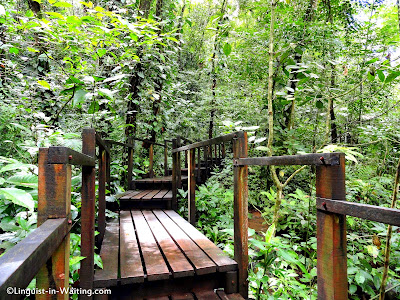 But, it seems we still have a lot of adrenaline to burn, so we decided to climb all the way to the top of the valley, to reach the observatory. It is a very difficult trek, due to the steep grade, the uneven stones and steps, and the fact that the place is so moist, wet, and slippery. I was so glad that I was wearing my river sandals (the Korean girl was wearing flip-flops). Since we thought the 4 elderly Belgians were not physically fit for the task, we asked if they mind that we head out for an hour or two. They said they were fine enjoying the scenery, while we trekked. So we left them at the clubhouse, while the Korean girl, our local guide, and me went all the way to the top. 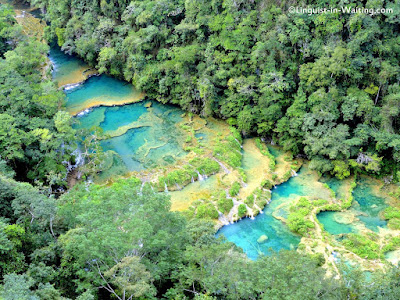 Oh my god, this was one of the hardest treks I have done. My legs cramped along the way, but, the view at the very top was well worth it. Here, you can see how the pools line up, with the crystal clear water, in between the thick vegetation of the valley. 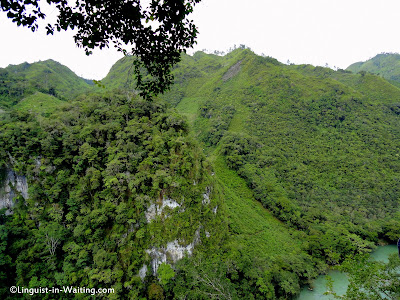 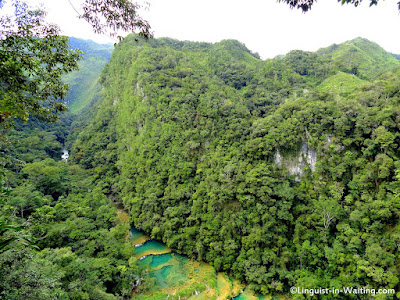 And just to put things into perspective, I am showing a couple of mountain pictures here. The pools of Semuc Champey are down there, showing how much we climbed up, to get to the viewing point. It was a great trek, I was glad I did it, but oh boy, it pummeled my body so much, in addition to the pick-up truck ride.

But, the day is not over yet, we still had to head over to the caves of Lanquín. That's what I will blog about next, in the next of this series.