I spent two nights in Flores. After a grueling bus ride that pretty much took half of a day, I arrived in the island late at night. This was going to be my base in order to visit perhaps Guatemala's best-known sight: Tikal National Park.

The round-trip shuttle costs 80 GTQ, which is about 10 USD. The trip takes one hour one-way, and as we neared the national park, we saw interesting roadsigns, warning us to beware of interesting animals. Seriously, I have seen different "X crossing" signs before, but I it was the first time to see signs featuring birds, animals, and other critters.

The Tikal National Park was huge. In fact, there was an entrance gate, where we had to pay the entrance fee. Foreigners paid more than locals, which was understandable. I paid 150 GTQ. After that, we went back to our shuttle, and drove for about 15 more minutes. The national park is definitely huge.

Once we found the parking lot, the area is still huge. I walked 20 minutes before I reached the Grand Plaza, and the pyramids. This is big. 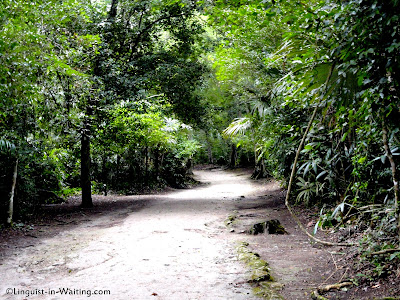 Entering the lost city in the jungle felt like I was Indiana Jones. As you can see above, there's a path that cuts through the jungle, but seriously, who would have thought that there is a plaza surrounded by pyramids at the end of this path? 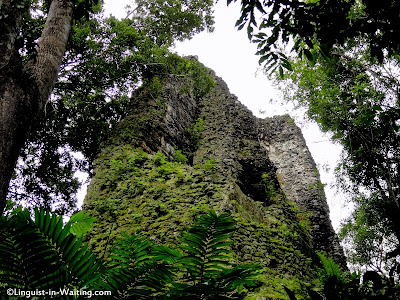 Finally, I see structures! Covered in moss, and colored green, they are rather well-camouflaged. 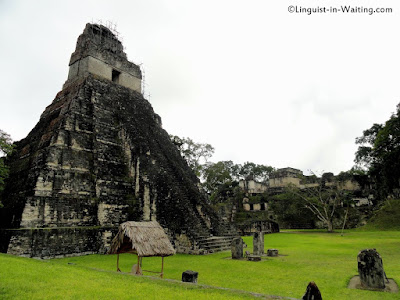 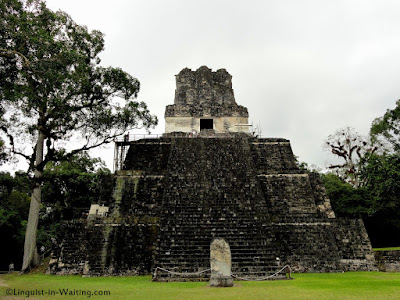 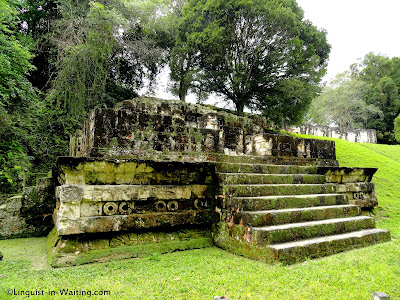 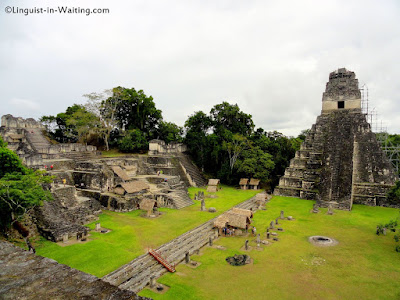 Finally, the Grand Plaza. This large open space contains two large pyramids. One of them is sealed, but the other can be climbed up. That is exactly what I did to capture the picture immediately above. Mayans have a different pyramid style than the previous pyramids I have seen (mainly in Mexico). The Mayans make pyramids that are more steep than the usual. This plaza also is the view that most travel websites give you. A lot of people wander here and look at the awesome collection of archaeological treasure. 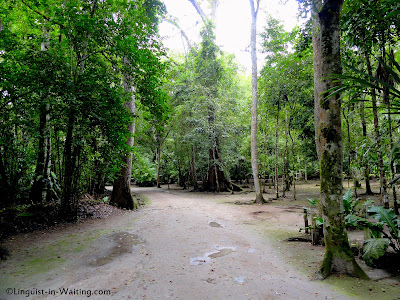 After some time lingering at the Grand Plaza, I decided that I would go to the western edge of the complex, and find Temple IV. Temple IV is the tallest pre-Columbian structure in the New World, but it is separated by dense jungle from the Grand Plaza. The picture above shows the path that leads to the Temple IV. 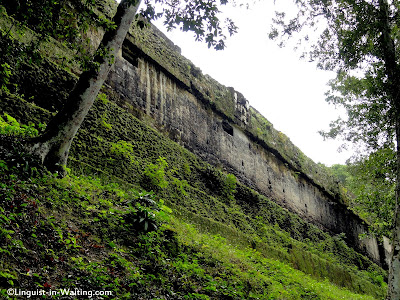 Finally, I have seen some structure. Look at how the jungle has overgrown it; a tree managed to grow through the base of the pyramid structure. 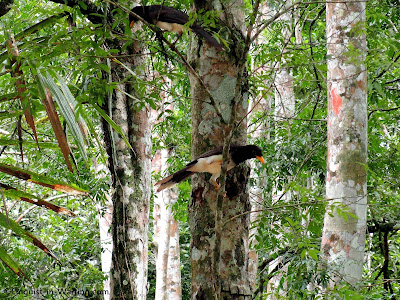 One thing that I cannot adequately describe is the animals, and the sounds that they produced. The jungle was quite noisy, filled with sounds that I have no familiarity with whatsoever. I even saw interesting birds, species that I haven't seen before, such as this one above. 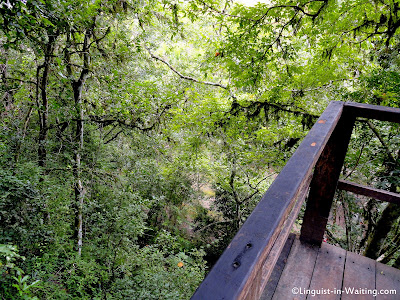 Temple IV is tall, and the scaffolding is rather long. As you can see, I am already high up in this set of staircase, but the jungle canopy still continues. 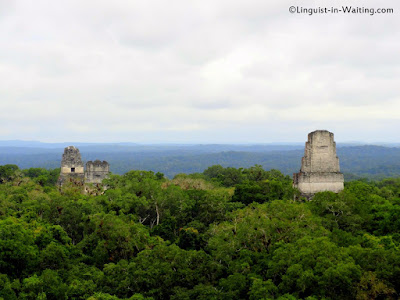 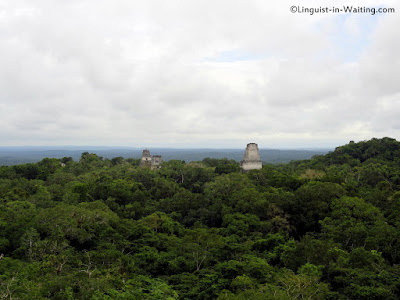 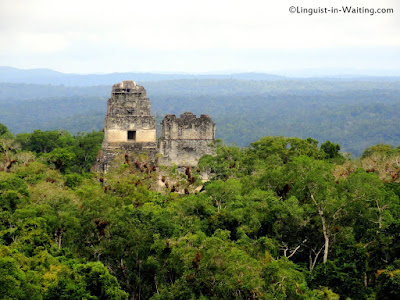 After some time, I eventually reached the top. And oh my, the view from the top of Temple IV is simply priceless. It's a feeling I cannot put into words: standing on top of the temple, above the jungle canopy, viewing the other temples from afar, it feels like it's a view taken from a helicopter, it's definitely something that induces goosebumps.

I have climbed pyramids before, when I was in Teotihuacán, in Mexico. But I think this view is more awe-inspiring, this view instills into one's mind how far away one has traveled, it's just a totally different feeling. It's like the perfect hiding place for someone who doesn't want the world to see him. 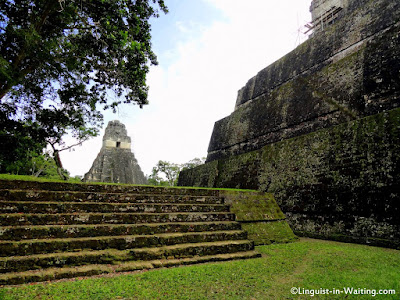 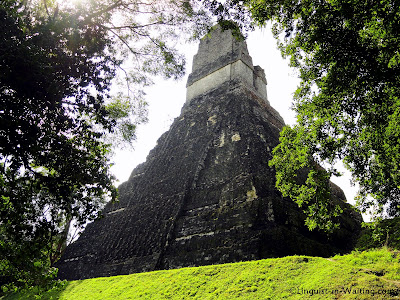 I basically spent the whole day in Tikal. It was huge, and was well worth my time. I suggest heading there early, because there's just plenty of things to explore and discover. Aside from the major pyramids that I have featured here, there are other places that waits for the intrepid traveler to stumble upon and discover.