After spending a few moments walking the Schlossplatz, I stumbled upon the Stiftskirche (Collegiate Church). This is an inner-city church in Stuttgart, just a minute away from the Palace Square. This is the main church of the Lutheran faith in Stuttgart. It had its beginnings in 1240, and progressed until the Second World War, when it was heavily bombed. It was restored, but not its full historical detail. 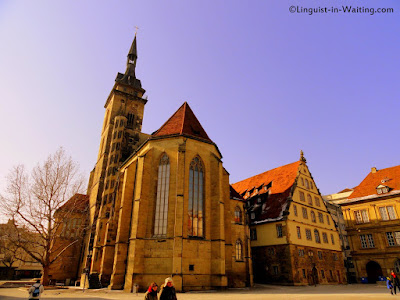 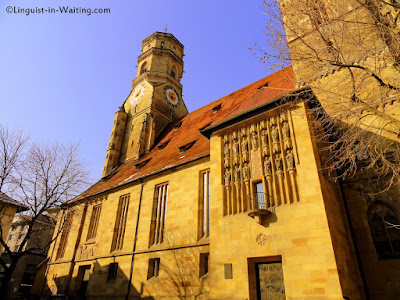 I approached it from the back, as I was coming from Palace Square. The clock tower was quite interesting. 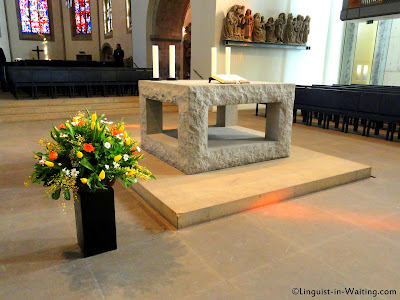 The inside is modern: this podium definitely doesn't look like it came from the Middle Ages. 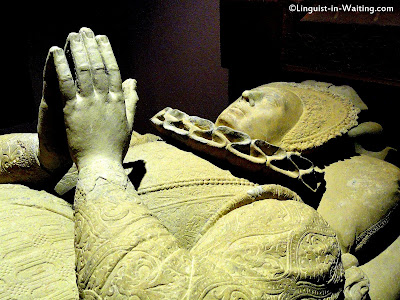 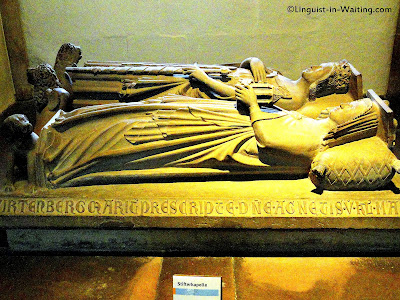 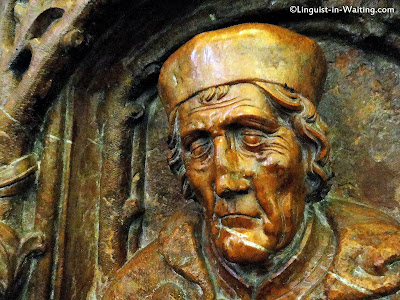 That being said, there's still plenty of artifacts that suggest that this structure has been around for quite a while. These tombs or tomb-like structures are found in the back of the church. 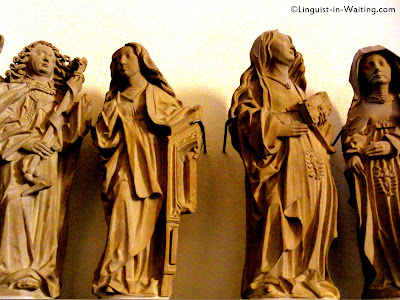 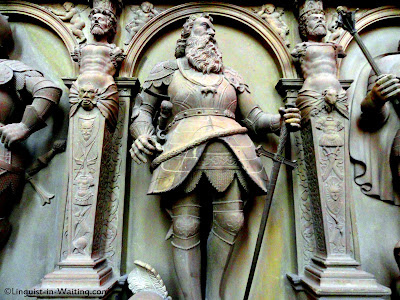 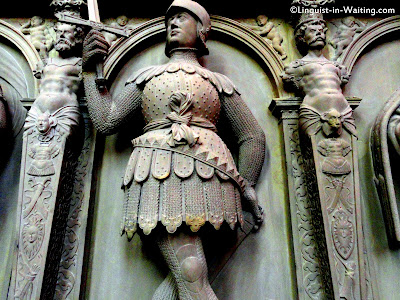 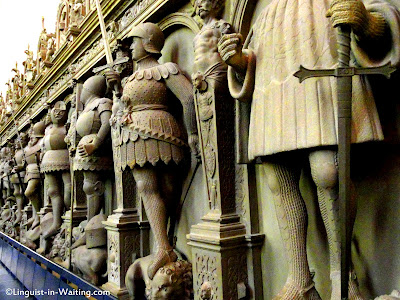 There are several interesting statues, and some of them are anatomically correct, such as the lions that these interesting gentlemen are stepping on. The lions have gastrointestinal openings, believe me. 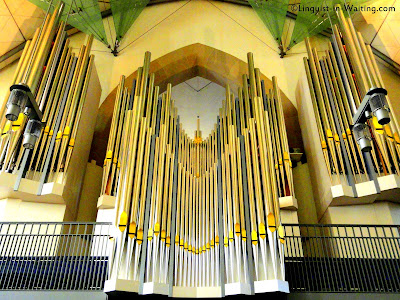 Finally, I was impressed by the modern pipe organ.

So that was my visit to this church. The remainder of my Germany posts will showcase a palace, an old town, and another car museum.