After having an adventure-filled leg in Semuc Champey and Lanquín, I headed south. Antigua Guatemala was my next destination. This old city was actually Guatemala's former capital, until an earthquake destroyed it in 1773. This natural disaster was the catalyst to moving the capital from Antigua, to its present location in Guatemala City. The result is that Antigua is now a time-warped old city, with cobblestoned streets, and full of large buildings that now sit in ruins. It is quite a marvelous sight. For my first entry from Antigua, I am blogging about the Antiguo Colegio de la Compañía de Jesús.

After finding a hostel where dorm beds cost 7 USD per night, I ventured out. My body hurt, due to my activities from the day before. This time, it was my camera who had an excursion. I stumbled upon the Antiguo Colegio de la Compañía de Jesús, which happens to be the only restored colonial structure. Nowadays, it is a Spanish cultural center. There are offices inside, and classical concerts are held in the evenings. During the day, anyone can just enter and wander, checking out the exhibition rooms they have. That was exactly what I did. 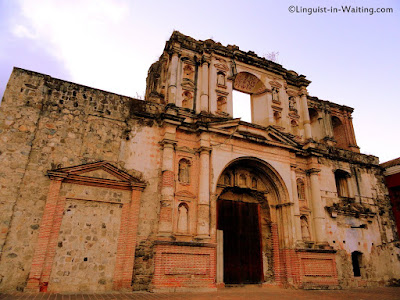 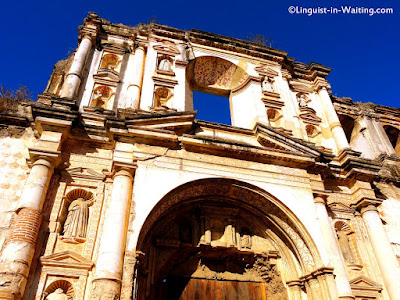 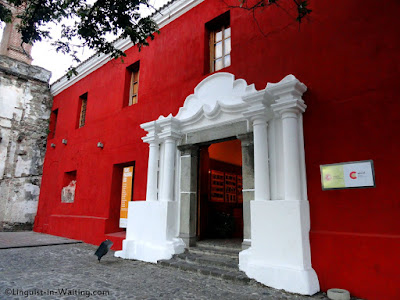 The complex occupies one full city block. It has the form of a church and monastery. The first two pictures you see above are the church, whose facade endured the earthquakes, but the structure is pretty much ruined. The red wall with the door is the entrance to the monastery section of the complex. This is a two-floor square building with inner courtyards. 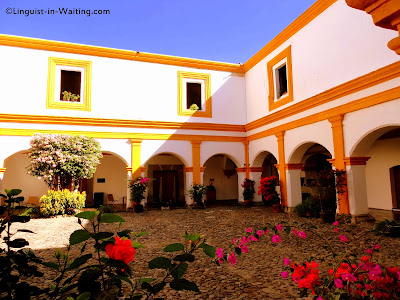 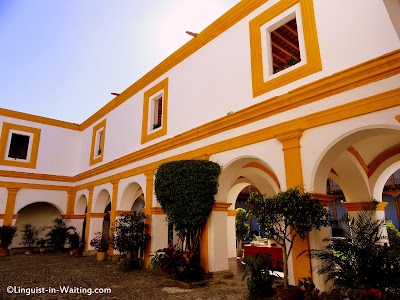 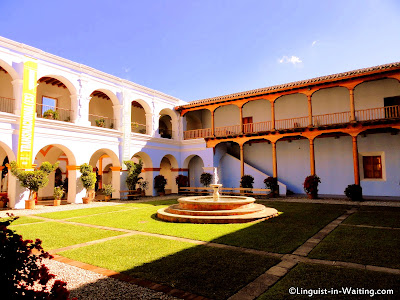 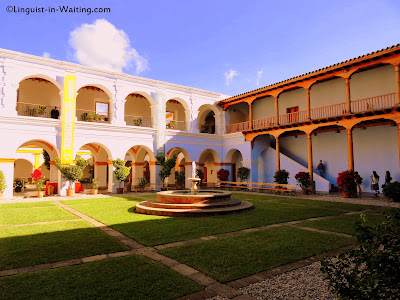 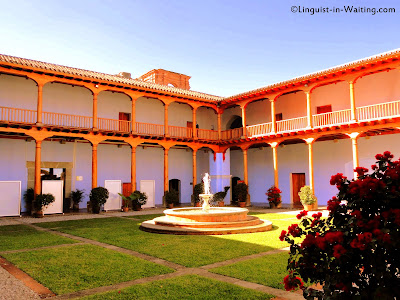 The five pictures above show the restored interior of the complex. The design actually reminds me of the colonial buildings I first saw in Cuzco. It must be a Spanish colonial thing, although I don't recall seeing it much in Ecuador. 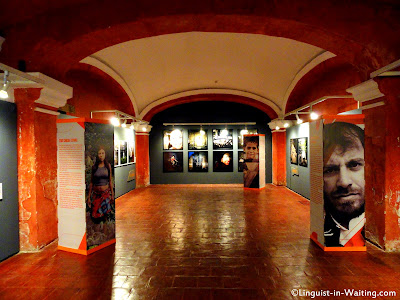 In the first floor, there was an exhibition center, and they were currently exhibiting pictures of refugees and other underpriviledged people. The exhibit was composed of the works of several artists who take photos of despair and the human condition. There was one set of works displaying the hardship that Mexicans undergo as they live as undocumented immigrants in the United States. Another set of photos documented the perils of the Palestinians. 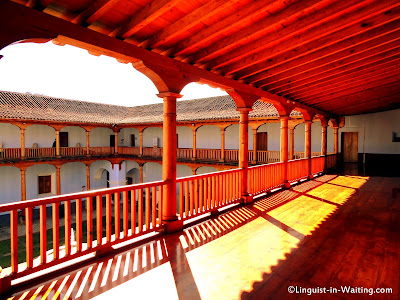 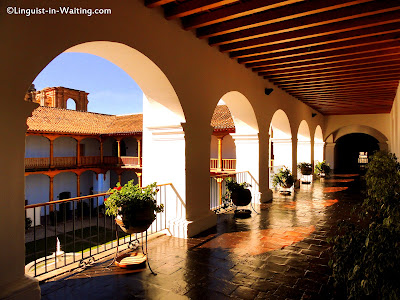 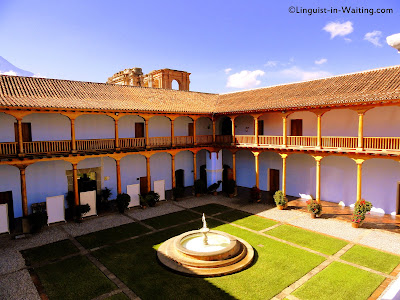 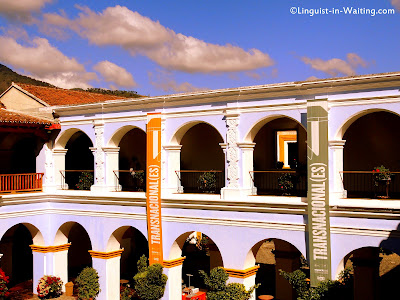 After viewing the exhibits, I went out again, and climbed the staircase to the second floor. It gives you a different perspective on the complex, and also walking on the rickety floors can be fun too. The second to the last picture hints at a volcano; that's actually one of three volcanos that can be seen from Antigua.

So this was my first colonial building here in Antigua. Stay tuned for the next!