One of the best ruins that I stumbled upon in Antigua was this cathedral. Looks can be deceptive here. It stands at the eastern side of the central plaza, and its whitewashed facade serves as a meeting point for lovers, day and night. During the night, the facade is illuminated, creating this eerie view. 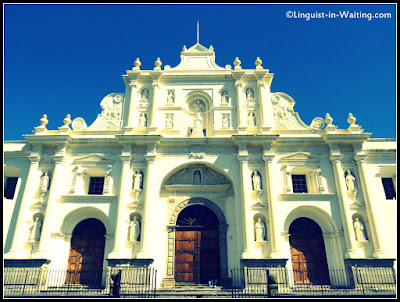 This is how the facade looks like. You can also notice that I downloaded the latest version of Picasa, allowing me to have more creative powers with respect to editing my pictures. If you want the unedited version, feel free to ask. 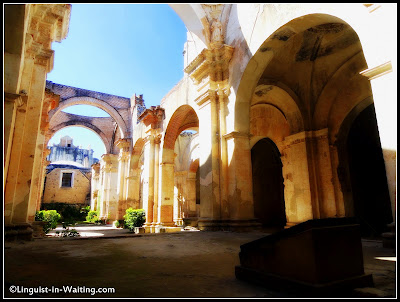 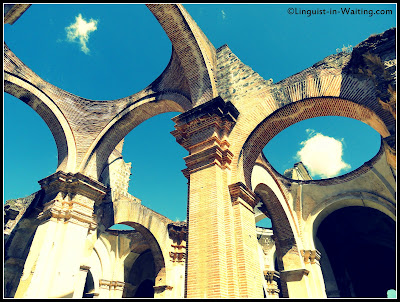 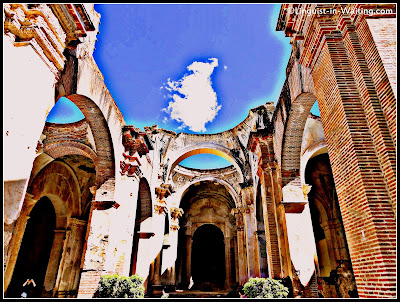 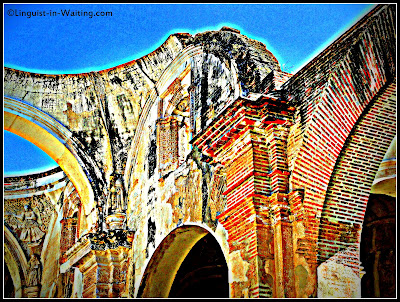 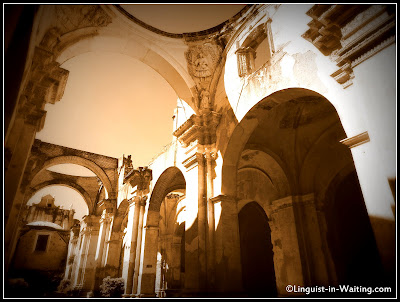 The thing is, the facade is all that stands right now. From the front view, it seems that the church is still functioning. But if you turn around the corner, then you'll see that only the pillars remain: the rest of the structure collapsed and was destroyed during the earthquake that also destroyed the rest of the city. You can see that I have been experimenting with various photo treatments: let me know if you have any strong opinions about any of them. 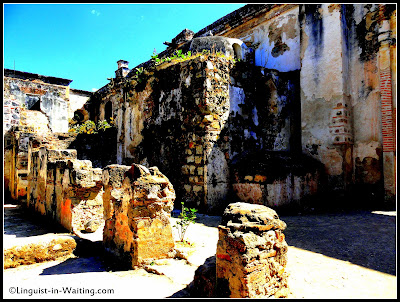 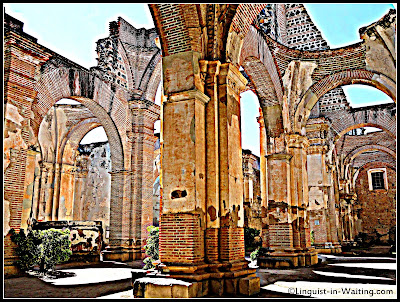 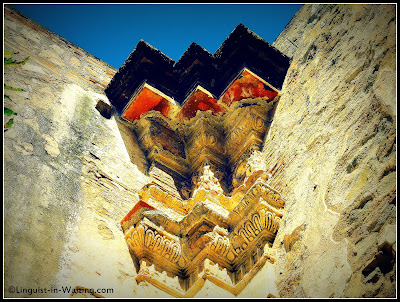 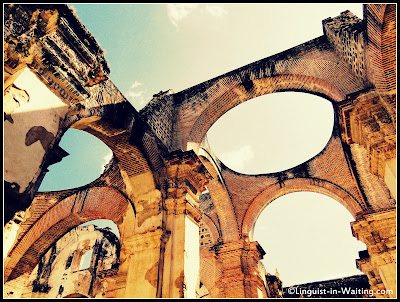 As you can see, there are small intricate details that are still preserved: the columns, the brickwork, among others. It really is a haunting place; walking along the pillars of the ruins was just other-worldly. 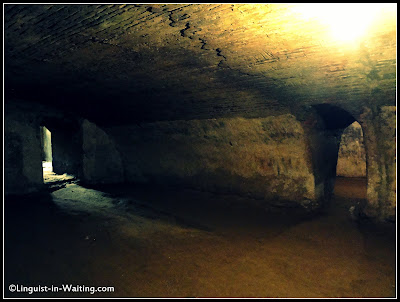 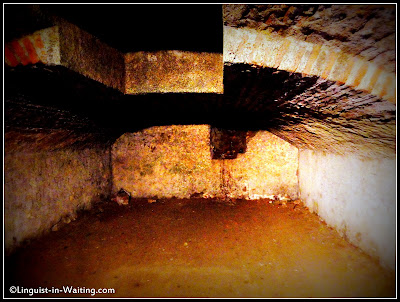 Perhaps what is not surprising is the fact that the crypt was left intact. For a small fee, one can enter it, but there isn't much to see underneath except a few cold and empty rooms.

If ever you find yourself in Antigua, this is one place that I definitely recommend seeing. It's just a bizarre experience wandering around the ruins in the 21st century, knowing what happened in that place several centuries before.