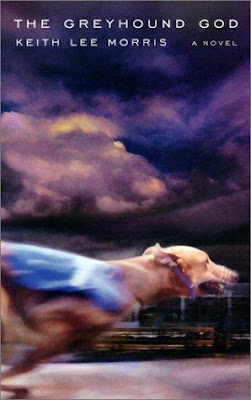 An edited version of this article was first published as Book Review: The Greyhound God by Keith Lee Morris on Blogcritics.org.

Are humans rational? If there are things that one can observed around oneself, does one attempt to explain it? These questions are given an answer in Keith Lee Morris' novel The Greyhound God, which is about a dog-race gambler who believes in a supernatural entity at the dog races.

The novel starts by the narration of Luke Rivers, who we learn to be the main character of the book. He just woke up somewhere in South Dakota, and found out that his wife and child left him. Immediately, the reader learns their background: he bets on dog races for a living, and his wife is a waitress. They travel the United States in their car, and bet on dog races in any town that has them. Obviously, their source of income is not stable, and this creates friction between his wife Jenny and himself. After all, Jenny wants a stable household, but Luke cannot seem to get enough of the road. So one fine day, Jenny packs up and leaves, taking their only child, Jake, with her.

The novel mostly covers the next couple of weeks following Jenny's departure. Mostly written in Luke's perspective, the reader slowly knows Luke's background. We learn that he doesn't believe in God, that he had interesting debates with philosophy professors when he was in school. We also learn that he didn't finish school, and instead became pretty much a vagabond, meeting Jenny along the way. In any case, we learn that Luke doesn't believe in a god, as for him, the assumptions pertaining to a god who is said to be all-powerful and yet cannot prevent all the evil happening in the world does not make sense.

However, there is one problem: whenever he bets on dog races, he always wins. Every night, on average, he wins around at least a thousand dollars, which leads him to believe that there must be a Greyhound God that watches over him. He comes up with this superstitious routine every time he would go and bet on dog races. So he sets off trying to see whether there indeed is a Greyhound God. This is pretty much what happens for the next few days. Instead of following his wife immediately, he decides to go somewhere else (to Wisconsin) and try and see whether there indeed was a Greyhound God. In the meantime, he meets Sarah, an accomplice to his task. Together, they embark on an unconventional soul-searching journey.

I am not revealing how this journey ends. That's for you to find out, dear potential reader. However, I should say that this book made me think about rationalism, even though the manifestation of it may not be rational at all.

See, this book has one big premise that is a little hard to buy: the reader must suspend disbelief and take at face value the assumption that Luke Rivers indeed has a never-ending lucky streak. Assuming that he does, then Luke Rivers is indeed rational, and I could see how a conclusion saying that there is indeed a Greyhound God is a rational one, albeit with a big flaw (more of this later). However, as we all know, that assumption does not hold in the real world. Chaos is a big factor in the real world, and the chance that one has a never-ending lucky streak in dog races is close to nil. Hence, for me, I take this book to be a fantasy, a Gedanke experiment, something that is worth thinking about, only because it doesn't happen in real life.

Overall, did I like this book? I have to admit, The Greyhound God made me think. We all have different circumstances, and these circumstances might lead us to believe in one thing, and in another given a different set of circumstances. For Luke Rivers, the existence of a Greyhound God might be the most logical conclusion, but for me, given my set of circumstances, a belief in god isn't the logical conclusion for me. That being said, no matter how absurd it might sound like, Luke Rivers still arrived at his conclusion after thinking deeply about the matter. It should be a message to all of us, regarding our religious beliefs. Most people tend to just believe in the religion they have since their parents do so as well. This book shows that everyone should arrive at their own conclusions, no matter how unconventional one's conclusion might be. 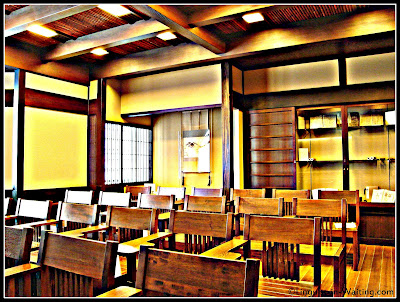 (The Japanese Classroom, from my Cathedral of Learning Series)