Whenever I find myself in a city, I see whether there's a square. Most Latin American cities have them. And most of the time, the Presidential Palace is located there. Guatemala City is no different. The majestic Palacio Nacional de la Cultura is sitting on the north side of the Central Plaza. And sure enough, they offer tours of the place.

The tours were free for Guatemalans, and there was a small fee for foreigners. The tours were given in Spanish only, but given my working knowledge of Spanish, that was not a problem. I still learned a lot while I was in the tour. I was the only foreigner, and perhaps since I am not Caucasian, they mistook me for a local, and didn't charge me a fee at all. After passing through a metal detector, I was in, and was part of the tour, snapping photographs. 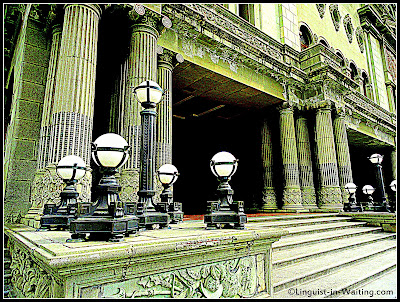 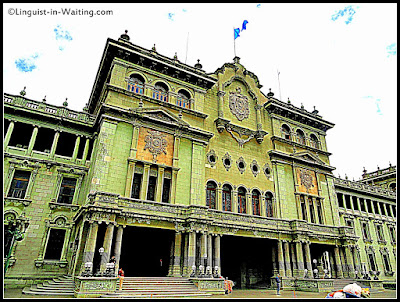 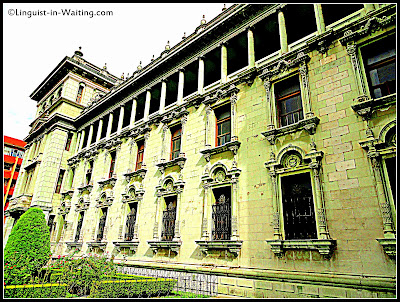 The tours start every hour, so while I was waiting for the tour to start, I snapped photographs of the facade. This was a rather grandiose building. Built between 1939 and 1943, this is where all the distances within the country are measured. This is Kilometer Zero. 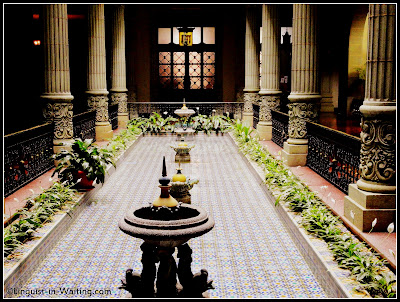 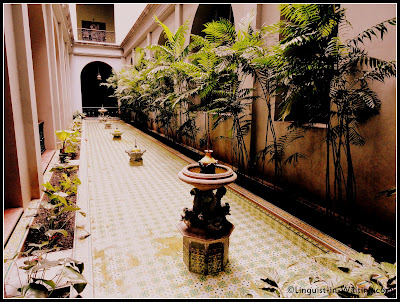 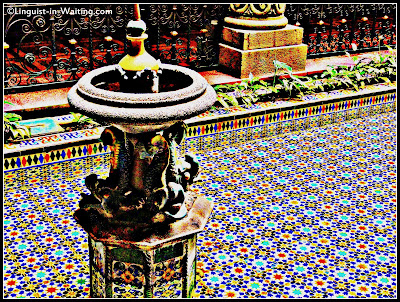 Once inside, I liked the fact that there were pools of water. There were two wings in the palace, both sides had these pools that were a serene setting. I liked the mosaic and the tiles. 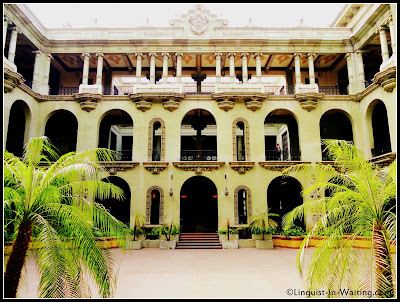 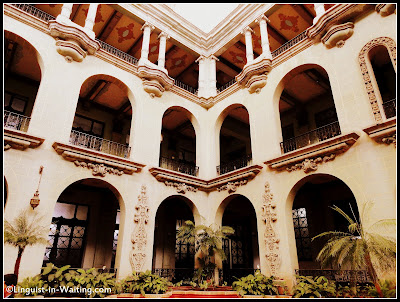 The President that was most involved in the construction was Jorge Ubico. Now, that usually isn't notable, except for the fact that he loved the number five (pentaphilia?). The docent said that this was because his first and last name both had five letters. This was reflected in the design: one example is that there are five arches in all the sides of the interior courtyard. 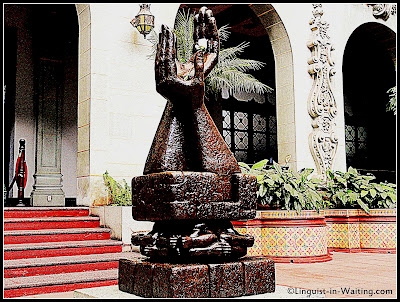 This is a highlight of the tour. This statue commemorates the peace in Guatemala after the long years of civil war, which finally ended in 1996. There is a fresh white rose that is clasped by these two gigantic hands. Apparently, they change the rose every day. 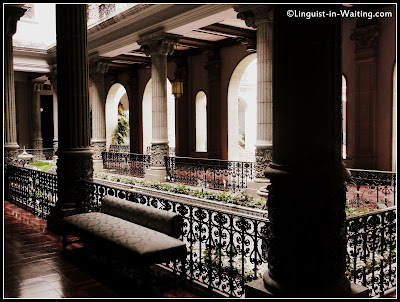 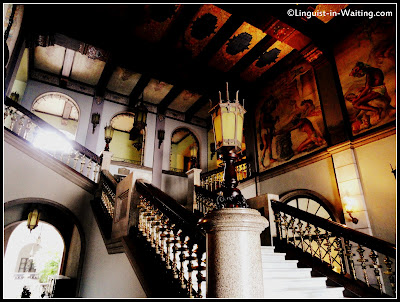 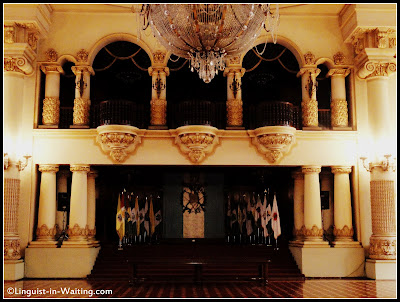 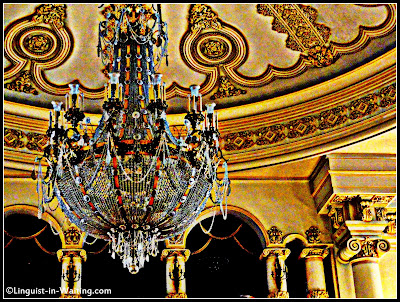 The above photos are just a few other scenes I have seen inside. The ballroom features a large Guatemalan flag, which, according to the docent, features a real quetzal bird, preserved so that it wouldn't rot. The flag features the Guatemalan coat of arms in the middle, featuring rifles, leaves, and the quetzal bird. The bird symbolizes liberty. And so yes, the flag in the ballroom has a real dead bird.

So there, that was my tour of the National Palace. It was cool, and I learned a lot.